The 10 most beautiful bike rides in Toronto 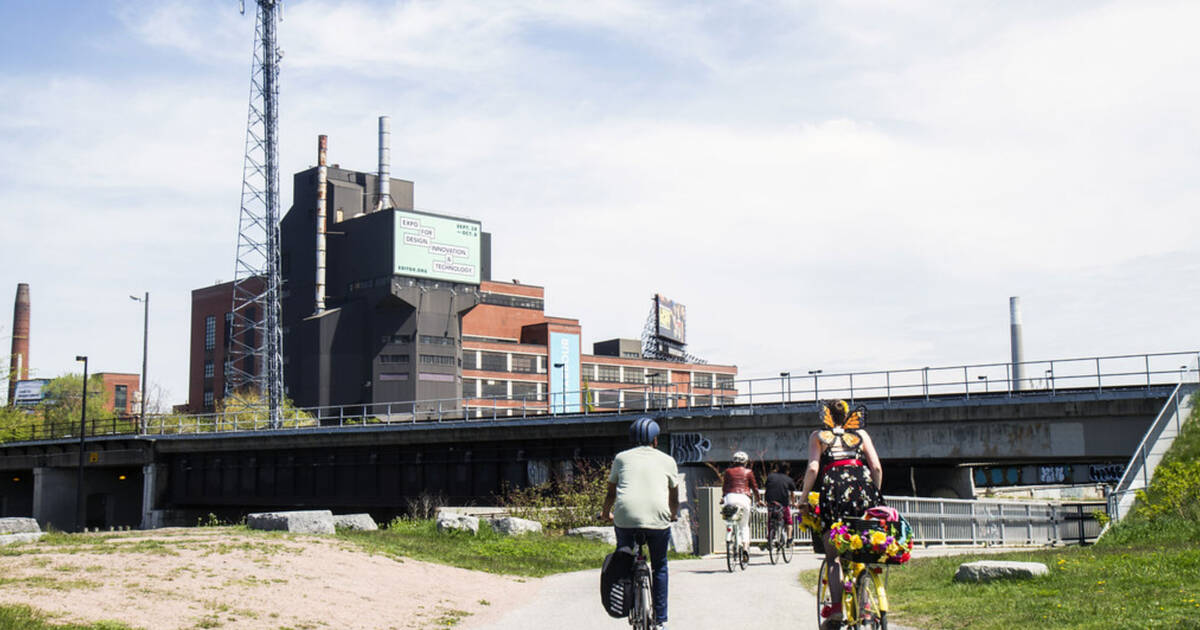 The most beautiful bike rides in Toronto show off the city's natural topography, including ravines, rivers and the shoreline. For a place that's so heavily urbanized, it's rather remarkable how easy it is to get on a bike and pedal to a pristine landscape. What a great way to see the city.

Here are some of the most beautiful bike rides in Toronto.

You won't be able to put in deep kilometres on the Spit, but nothing beats a ride out to the end on a hot summer day. A cool wind accompanies gorgeous views of the lake and the skyline, and if you look off to the east, you can even see the Scarborough Bluffs.

Start by travelling southeast on Rosedale Valley Road, where you'll be mostly covered by the stunning tree canopy before passing under the Bloor Viaduct and head towards Bayview. From there you can wind alongside the Don towards the Brick Works or Potter Road. 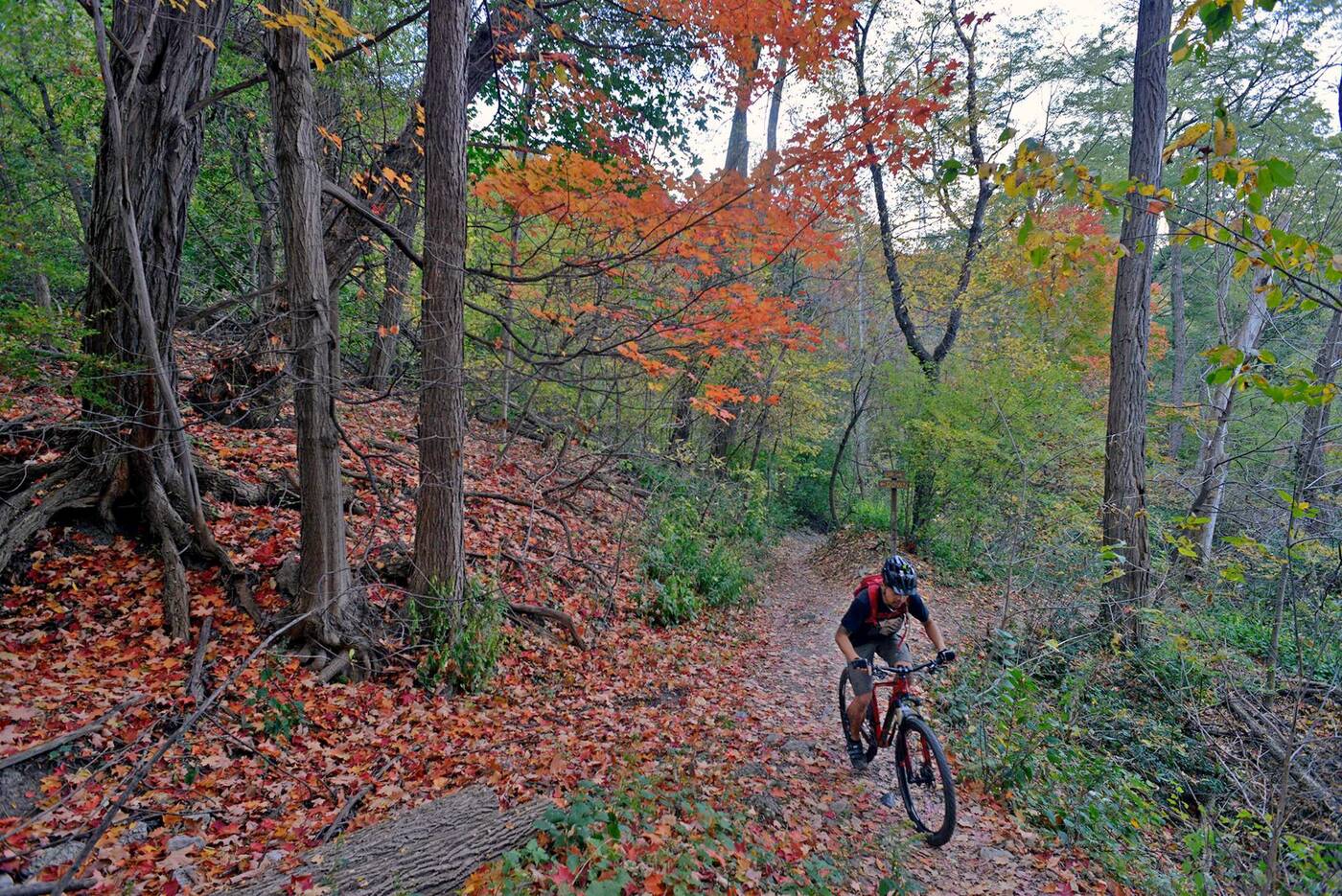 The Don Valley Trails at Crothers Woods are particularly stunning in the fall. Photo by Derek Flack.

This one is for the mountain bikers out there (do not attempt these trails with city or road bikes). What is possibly the best off road trail in the city is also one of its most beautiful as it meanders up and down the walls of the Don Valley under a dense tree canopy and beside occasional wild flowers.

Newly reopened, this is one of the most beautiful paved trails in the city as it winds alongside the Don from the lake all the way up to ET Seton Park.

If you've only got an hour for a two-wheeled escape in Toronto, a ride to and through High Park offers a scenic option. There's a bit of traffic on the roads here, but it travels slowly. You can loop around the various roads, which offer views of the mature parkland as well as Grenadier Pond.

This one's also off-road, but it's far less challenging. This tree-lined retreat is mostly downhill from the entrance at Moore Avenue, which means you don't have to expend much effort as you cruise down the valley. 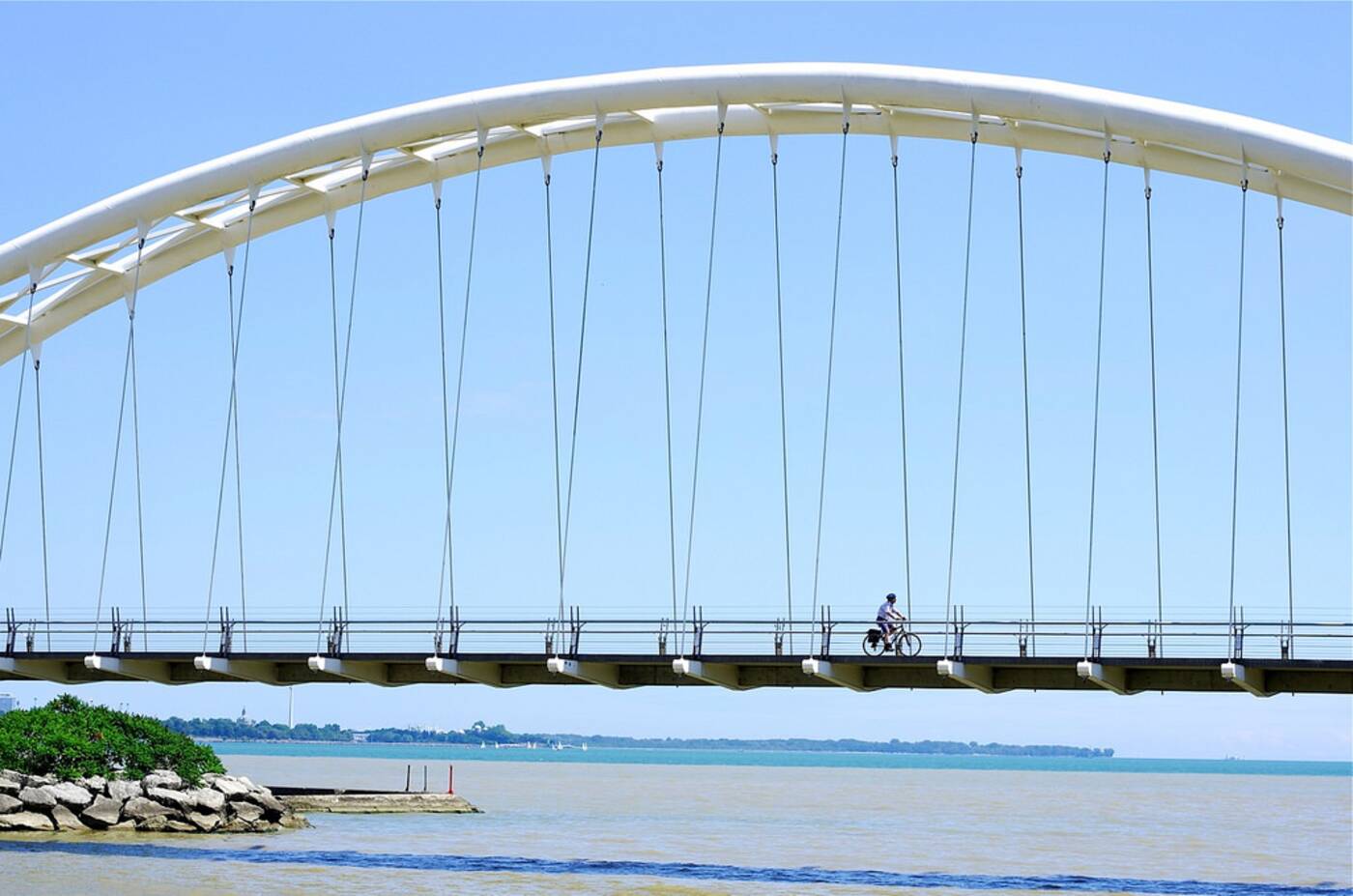 Most people just call this the Waterfront Trail, and for good reason: this is a sprawling route that runs, for the most part, right beside the lake. Highlights include Humber Bay Shores, Marilyn Bell Park and the Eastern Beaches.

Any bike ride passing Ontario Place should include a diversion through the park and multi-use trail that sweeps along the water for a picturesque view of the skyline before looping around a bridge granite rock faces.

Head out to the area surrounding the zoo for a rural riding experience without actually leaving the city. There are lots of great roads to check out, including Old Finch Ave., Sewells Rd., Reesor Rd., and even Twyn Rivers Dr. if you want to test your climbing legs.

You could spend hours exploring the Humber Valley via the various trails that snake alongside the eponymous river. Start at the Humber Bay Arch Bridge and head north past marshland, tributaries, and a number of bucolic park spaces.