This is why we still have mounted police in Toronto 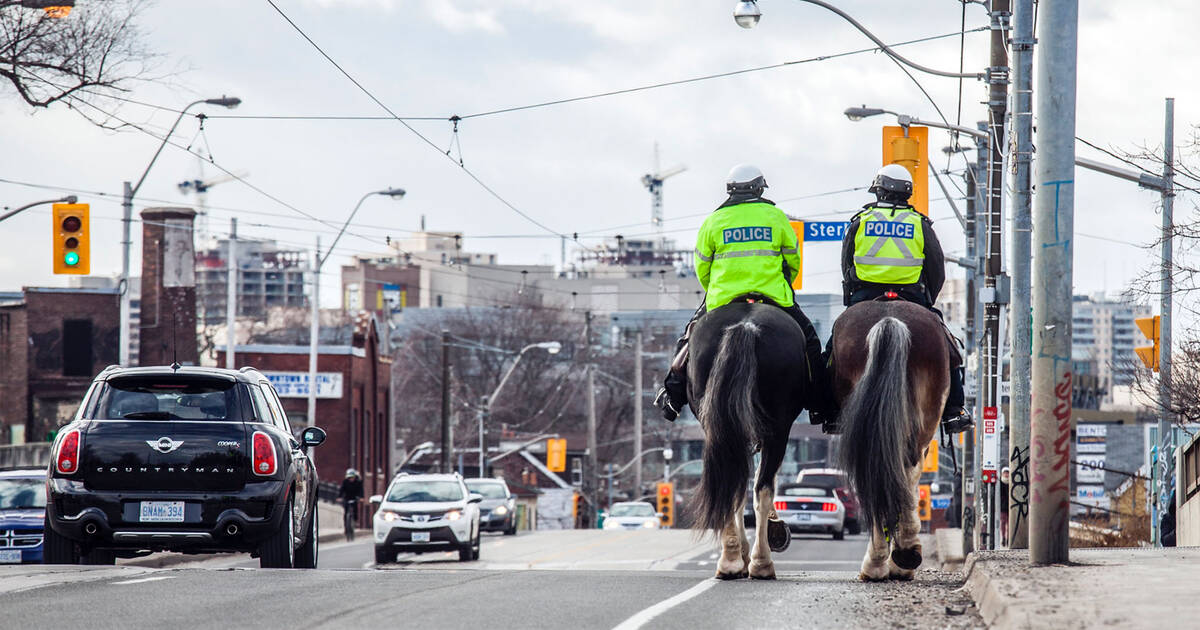 It's hard not to stop and stare when you see a member of Toronto's Mounted Police Unit patrolling the streets: seeing horses in general is a rare occurrence for the average urban Torontonian — seeing them trotting down King Street is an even bigger trip.

But, given we're in the age of speedy Ford Interceptor cop cruisers with engines of 188 horsepower, why do we still have police officers on actual horses (which, while majestic, are a pretty antiquated way of getting from point A to B) riding through the city?

Contrary to what many people think, the Mounted Unit has no affiliation with the RCMP, though it's easy to see why you'd make that mistake.

Toronto's Mounted Unit is part of the municipal Toronto Police Service, and unlike the RCMP's occasional use of horses — which is purely ceremonial — Toronto officers on horseback can do anything that cops in cars can do.

Aside from attending events like the Queen's Plate opening and funerals for major politicians, mounted officers (like bike cops) can enforce street level laws.

That includes things like pulling over vehicles, patrolling King West for drunken shenanigans on weekend nights, and standing guard at planned protests and rallies alongside other officers in the TPS.

"The Mounted Unit is a support unit, we support the other divisions' needs," says Sergeant Kris McCarthy, who has been with the Mounted Unit for 20 years.

Since they're based out of the Horse Palace on the Exhibition Place grounds, you're more likely to see the Mounted Unit patrolling nearby downtown Divisions 11, 14, 51, and 52, walking in the bike lanes.

Speaking of which, let's address the poop.

"It's been something that's been spoken of for many, many years," says Sgt. McCarthy about the horse manure that's sometimes left in downtown bike lanes, to the ire of bikers.

"Horse manure is completely non-harmful to humans...unlike dogs, they're hay eaters, it's no different than leaving grass clipping on your front lawn."

While there are diapers and manure-catching apparatuses for horses, he says those can be hazards for officers. He recommends calling 311, waiting for the City to clean the streets, or just waiting for the manure to dry out and blow away in the wind. 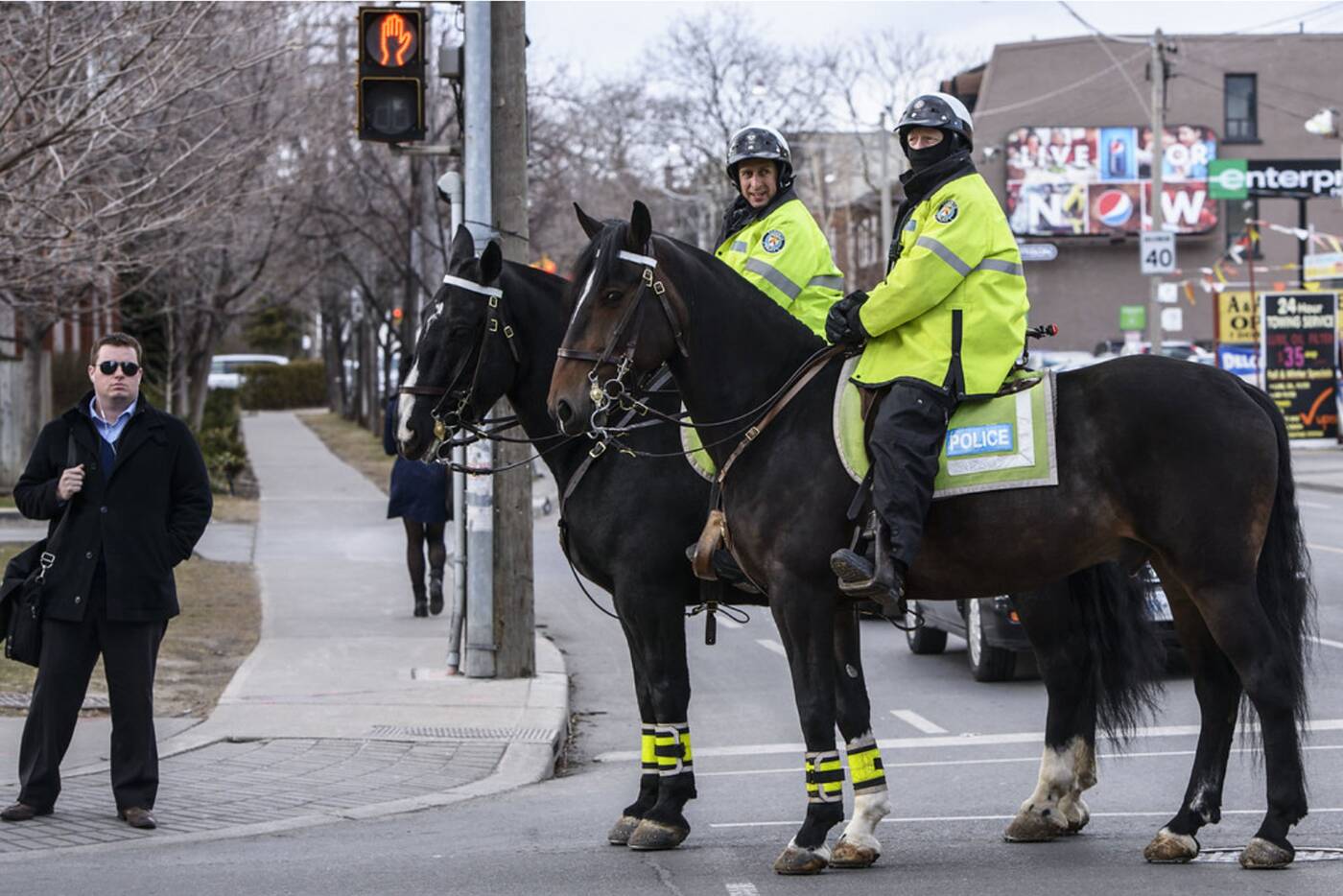 It's not entirely uncommon to spot the Mounted Unit outside of downtown, either: they'll often truck-and-trailer the horses to patrol areas like Scarborough and elsewhere in the city for special events.

Historically, the Mounted Unit has been used mostly for crowd control, but community support has also become a large part of their mandate: officers are often dispatched to areas that are undergoing "great distress," like the Danforth area following the mass shooting in 2018.

"It's a way to show that we're there for them," says Sgt. McCarthy. "Men and women on horseback, for some reason, it draws the public out to speak and talk. It gives you a chance to have a more personable moment with a police officer."

That being said, officers on horseback get stopped by regular citizens — a lot. The most common questions officers usually get asked are how old their horses are, what their names are, and if they can pet them.

Toronto's Mounted Unit definitely does wear some celebrity status, as far as law enforcement goes, as the longest-running unit in the Toronto Police Service, dating all the way back to 1886.

Obviously the city has changed a lot since then (i.e: cars and mobile technology), which makes the presence of horses even more striking when you catch a glimpse.

"What always makes me smile is when you see someone very focused, maybe listening to their headphones, and then you round the corner, and all of a sudden they just smile," says Sgt. McCarthy. "It's something the average person doesn't see on a regular basis."

Here are some fun facts about the Mounted Police Unit: