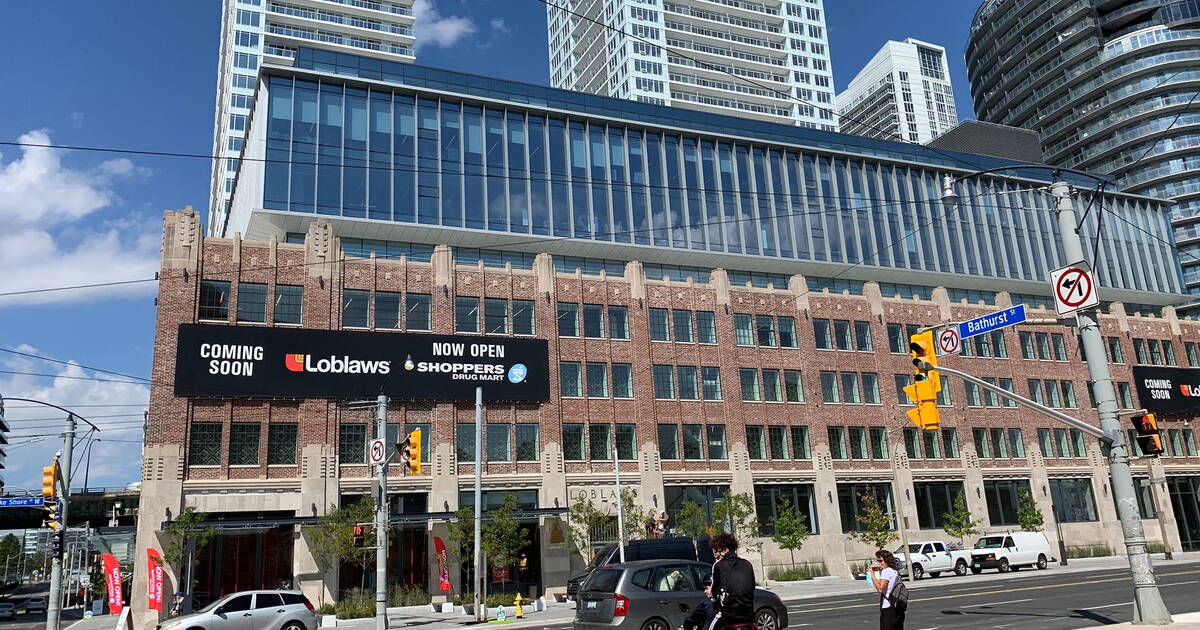 A much-anticipated new Loblaws location is opening in just days at Lake Shore and Bathurst, and it looks to be one of the fanciest yet.

The massive new location transforms what was once a Loblaws warehouse, around since 1928. It was abandoned in 2000, but then it was disassembled brick by brick beginning in 2016 by ERA Architects.

The new West Block Loblaws at Bathurst-Lake Shore might just be the fanciest? 😲 pic.twitter.com/alV4ae0lMR

Now, the grocery store location is about to open this weekend, though the Loblaws is joined by a Shopper's Drug Mart, Joe Fresh, offices and residences as part of the staggering new West Block Est. 1928 project by Choice Properties and Wittington.

The historic Groceterias warehouse structure that houses the Loblaws is topped by an office structure designed by architectsAlliance.

The construction at the site of the historic Loblaws at Bathurst / Lake Shore is coming along. #toronto pic.twitter.com/vKzJLgVt29

The exterior of the building has been reconstituted with restored brick and limestone, and blinds decorated with a medallion design have been added to the second and third-floor windows.

There should also be a cafe and office lobby along Lake Shore on the ground floor, and watch out for other standalone retail spaces being developed around Bathurst and Lake Shore and the Gardiner area.

Loblaws is set to open their new Lake Shore and Bathurst location on Sept. 11.