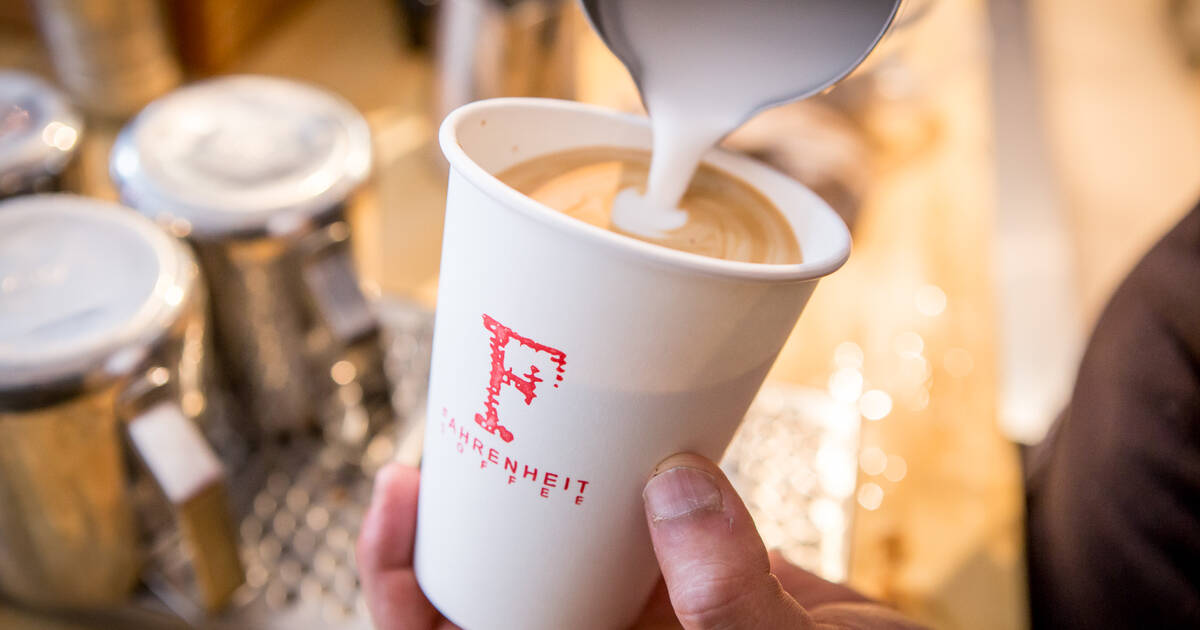 How people in Toronto gets their morning caffeine fix has inevitably changed due to the pandemic and the city's favourite coffee shops have had to adapt to a new ebb and flow of business.

With less people commuting to the office, coffee shops have had to pivot as their regulars now work from home. Cafes in more residential locations, however, have found a new cohort of customers.

Here's how three of Toronto's most-loved coffee shops are slowly starting to recover from the COVID-19 pandemic.

Venture into Fahrenheit Coffee for a takeaway cup, and you may find owner Sameer Mohamed behind the bar. It's been "very strange," he said, but also a rewarding return to his barista roots.

"As an owner, you realize when you step back behind the bar it's almost like going back to the beginning. When I first opened up the business I was the only barista behind the bar," Mohamed said.

When COVID-19 first hit, Fahrenheit was forced to close its Financial District location in the Assembly Chef's Hall. The storefronts at 120 Lombard and 529 Richmond were able to keep their doors open, but the lull meant Mohamed had to furlough employees and cut hours.

A typical staff of two baristas at each location was reduced to one per cafe, making the atmosphere quieter and "a little bit more sombre," Mohamed said.

Fahrenheit is currently only open for takeout service, which was "just plain luck," Mohamed said. "Because we are fairly small in terms of our footprint, we were able to pivot to a completely takeout model."

Due to COVID-19 precautions, Mohamed and the Fahrenheit staff now dress the coffee themselves, finishing locals' regular orders off with a lid.

"We got to learn how people take their coffee," Mohamed said. "People are very picky about exactly how much they want."

This means it takes a little longer to get your java than the pre-pandemic usual, but Mohamed has been surprised with how patient customers have been.

The change in business has also lead to a change in outlook. "There's so much to be taken from this. It's almost a blessing in disguise," Mohamed said.

Queen Street West has become more quiet as the nearby office towers remain mostly empty. For Hot Black Coffee, this has changed the tides into a steady trickle from what was once peaking waves from early morning to the post-work rush.

Instead of letting it wash over them, Jimson Bienenstock and his business partner Momi Kishi decided to open a second location on Yonge Street, just north of Davisville.

Bienenstock said they "blew basically what cash we had left on trying to do a pop-up, primarily to just keep the concept alive and save our Queen Street location."

"Let’s try and be positive about it and embrace the new challenges."

After signing a short-term lease and building new, modular furniture from scratch, Bienenstock says the pop-up was a bold move that paid off. It opened up a new market and allowed them to quickly hire back all of their staff, splitting them between the two shops.

"For me it was super important to be able to not lose our staff," Bienenstock says.

While Hot Black's Queen Street location is surrounded by commercial businesses, the new midtown pop-up was nestled in a residential area. And the new neighbourhood's work-from-home crowd, it turns out, was full of their existing customers.

Business at Queen Street has shifted as well. Bienenstock says overall sales are down but average spend per customer has shot up since they introduced more grocery items like locally-sourced artisanal breads, hot sauces, wine and pickles.

Had Hot Black gave up when traffic slowed on Queen Street, Bienenstock says the business would have gone under. Remaining flexible and taking a huge risk, he says, was worth it.

"We’re in a weird situation of being right on the edge of being able to survive and not surviving," Bienenstock says. "The pivot is allowing us to survive, but we don’t know what’s going to happen."

At Bud's Coffee Bar in the Beaches, the pandemic-induced shift has opened up new opportunities - and a garage door.

Never closing to the public, co-owners Sarah Griffiths and Ken Galbraith decided to shift the bar around and offer takeaway service through the garage door at the front of the shop.

Customers are no longer allowed inside at Bud's, but other than that, "nothing’s really that different," Galbraith says.

In fact, they say that being in a residential area and transitioning to a service window has increased business. There's also the fact that the nearby Starbucks temporarily closed down in mid-March, making Bud's the only coffee shop in the area.

"The walkup window is really working for us," Galbraith says.

"I think with our concept we’ve gained a lot of customers," Griffiths says. "It was such a safe environment for people to come to and get a coffee."

Griffiths and Galbraith say that they'll be keeping the garage door open as fall rolls in and renovating to accommodate customers in the shop when it's too cold to wait outside. However, coffee will still be grab and go, and there will still be no seating or bathroom access.

"Despite the fact that you can now have people in your establishment we’re still going to keep the setup the same, I’m thinking until the end of October," Griffiths says.

The garage door has been "integral" to Bud's ability to thrive despite the pandemic. But most important, Griffiths says, has been their "amazing" staff.

"For a lot of people it might be their only outing of the day, their only two to five minutes of socialization and our staff has just been phenomenal," Griffiths says.

"It makes for a great environment for everybody."

by Lauren Scott via blogTO
Posted by Arun Augustin at 6:48 AM