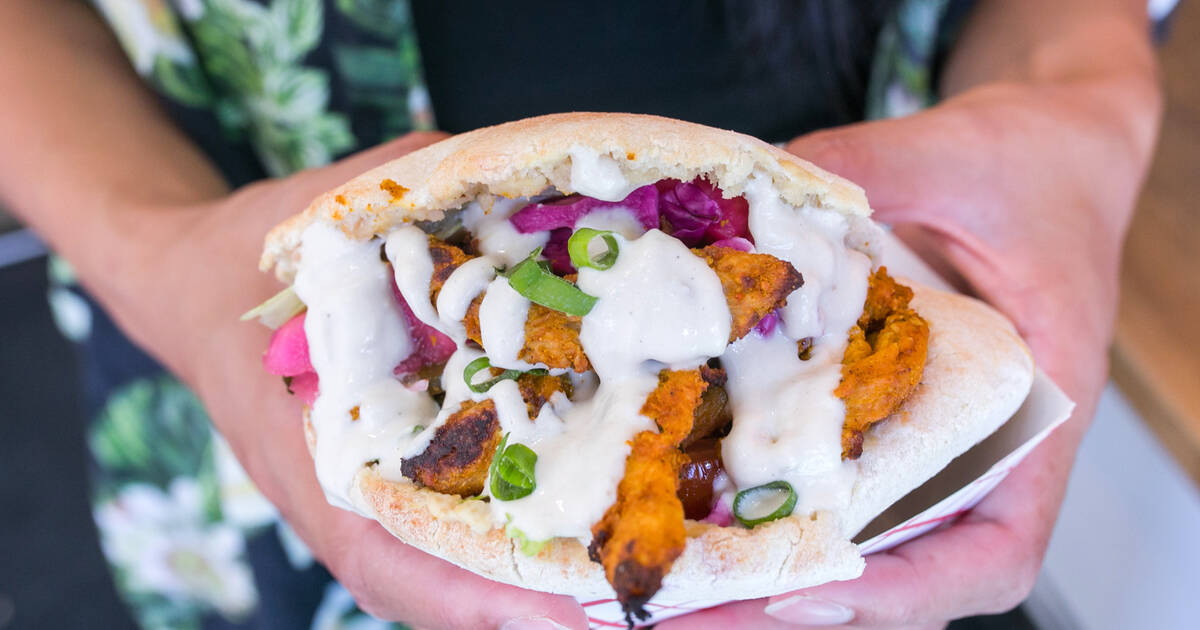 New takeout restaurants in Toronto have kept us going throughout the pandemic when dining in wasn't possible, and we shouldn't stop patronizing them now that we can eat indoors. These places are perfect for a quick bite, easy dinner or a taste of a new cuisine.

Here are some notable new takeout restaurants that have opened in Toronto.

The Quetzal space in Little Italy was repurposed during the pandemic to become this spot selling Sinaloan-style chicken, but it's definitely going to stick around even once the Mexican restaurant reopens.

This pie subscription service company has a storefront on the Danforth where you can pick up their frozen pies or a small selection of hot pies. They also sell every Canadian's favourite, butter tarts.

Bao are the name of the game at this newly opened restaurant on West Queen West, but they also serve rice bowls and tater tots topped with kimchi or truffle mayo.

Drake's favourite Jamaican beef patties just so happen to be sold at this takeout counter on Lawrence East in Scarborough, so why haven't you checked it out yet? They're serving up loaded patty sandwiches.

Not to be confused with another plant-based restaurant Green Haven in the Junction, this restaurant in the Annex does vegan dishes with Asian influences like noodles, tempura "prawns," curry tempeh "beef" and Szechuan chik'n.

Not just four but an elusive six seasons are honoured at this new restaurant on Ossington that serves healthy proteins like brisket, boneless ribs, sausage and grilled halloumi in bowls with sides such as sweet potato smash, green bean salad and radish slaw.

Toronto just got a new takeout spot for butter chicken roti in the form of this restaurant on Queen West where Gandhi Roti used to be.

Buttermilk fried chicken served on waffles and in sandwiches plus poutine, wings, mini cheesecakes and deep-fried Oreos are what's on the menu at this restaurant on Lake Shore Boulevard in Etobicoke.

Falafel, cauliflower, pita sandwiches and kofta are all on the menu at this new plant-based restaurant in Kensington.