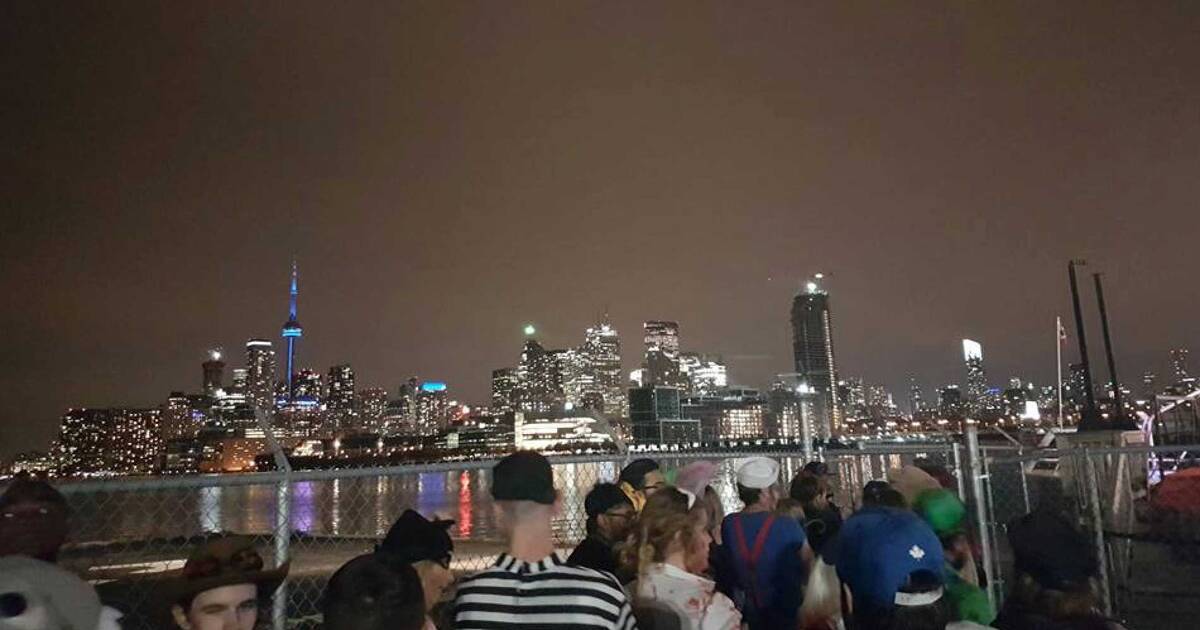 Party-goers are crying foul after a Halloween boat party that failed to leave the dock this weekend.

The Toronto Boat Party Festival is coming under fire for what some attendees are calling "a total scam" that saw ticket-holders unable to board the Toronto Halloween Boat Party 2019. They've since been ghosted by party planners.

The organization, which charged between $30 and $50 per person for several different boats on the harbour, are alleged to have oversold their tickets, leading the party to overcapacity. 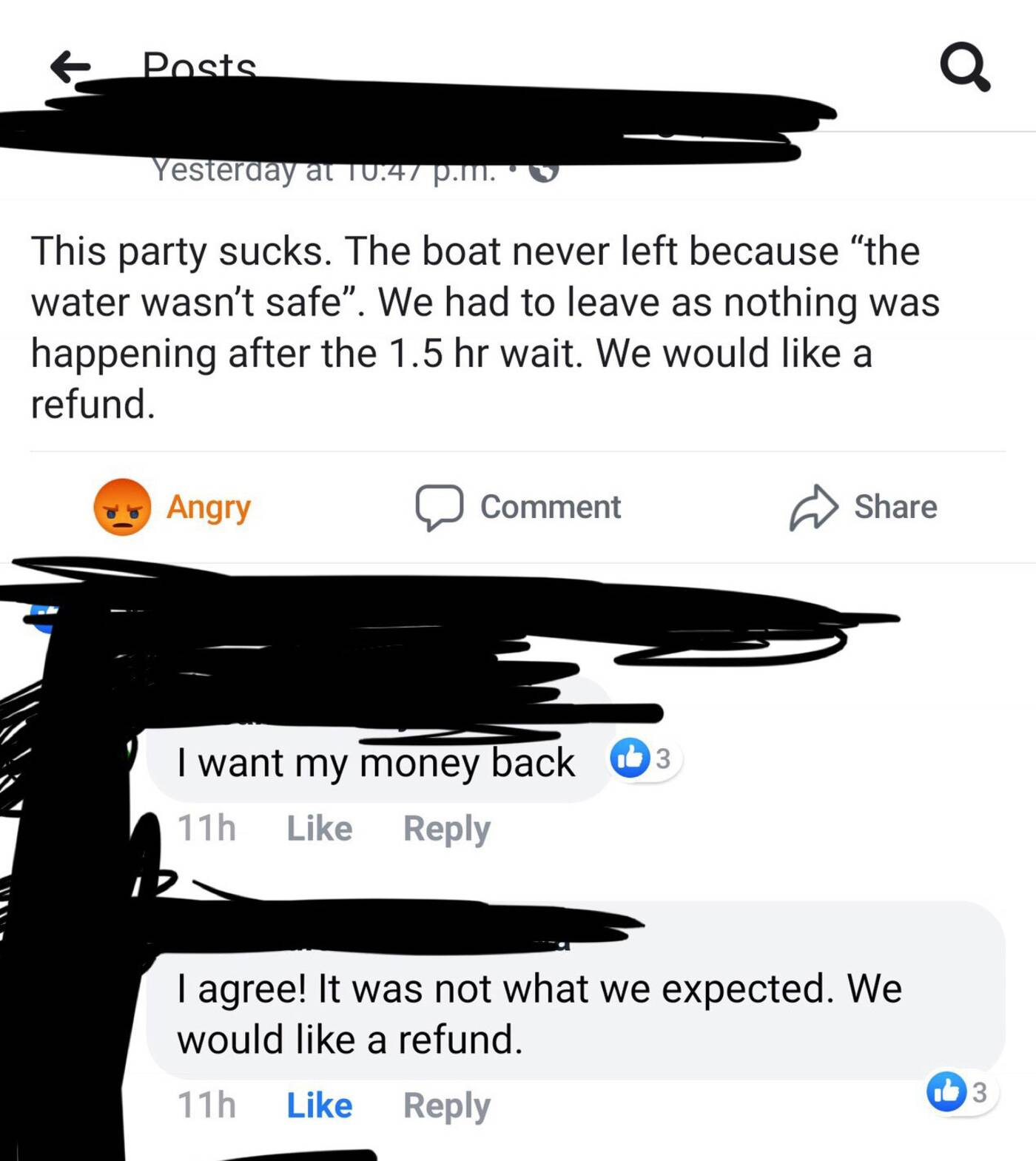 Toronto Boat Party has deleted complaints and requests for refunds after their Halloween party. Screenshot via ticket-holder Katie.

"We were hoping it would be a fun event," said one attendee, Katie, who had purchased a ticket for Boat #1 and whose name has been changed for privacy reasons in this story.

"We arrived on time for the boarding, got on the boat and were waiting for the boat to leave. But it never did."

After hours of waiting in the rain along Queens Quay, event-goers were told by organizers that the boat would no longer be leaving the dock because the water wasn't "safe," despite the fact that there were several other boats seen on the water that night. 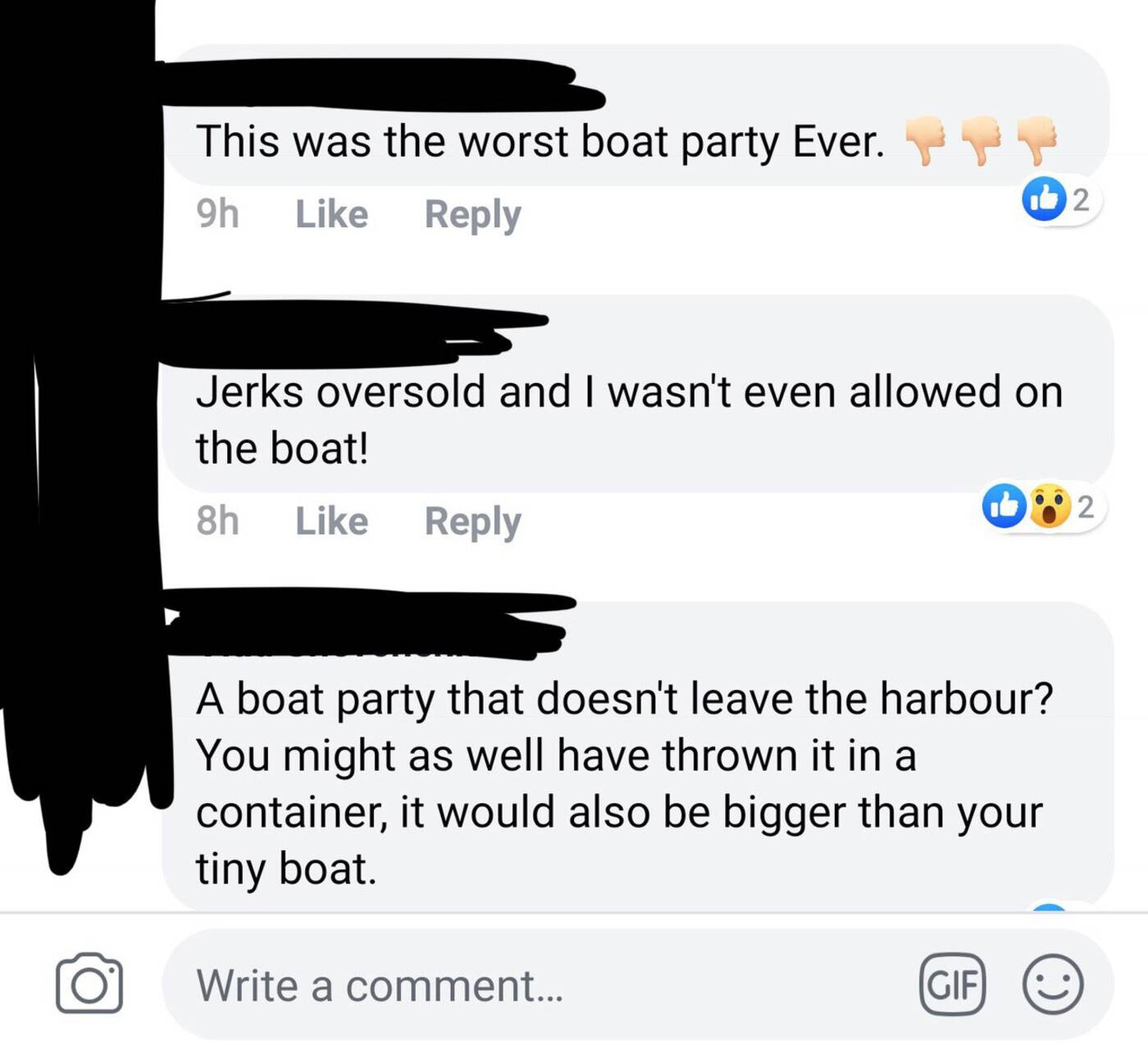 The party was over capacity and never left the dock. Screenshot via ticket-holder Katie.

"My friends and I left the party frustrated, confused and disappointed," says Katie.

The next day, the party's Facebook event date changed to June 27, 2020. Complaints and demands for refunds that were left on the event's page were deleted, though Katie managed to grab a screenshot before they were taken down.

The Toronto Boat Festival did not respond for comment to this story, though it appears they have another boat party planned for tonight as well.

by Tanya Mok via blogTO
Posted by Arun Augustin at 4:16 AM