Toronto is getting an all-white Scandinavian-inpired condo building 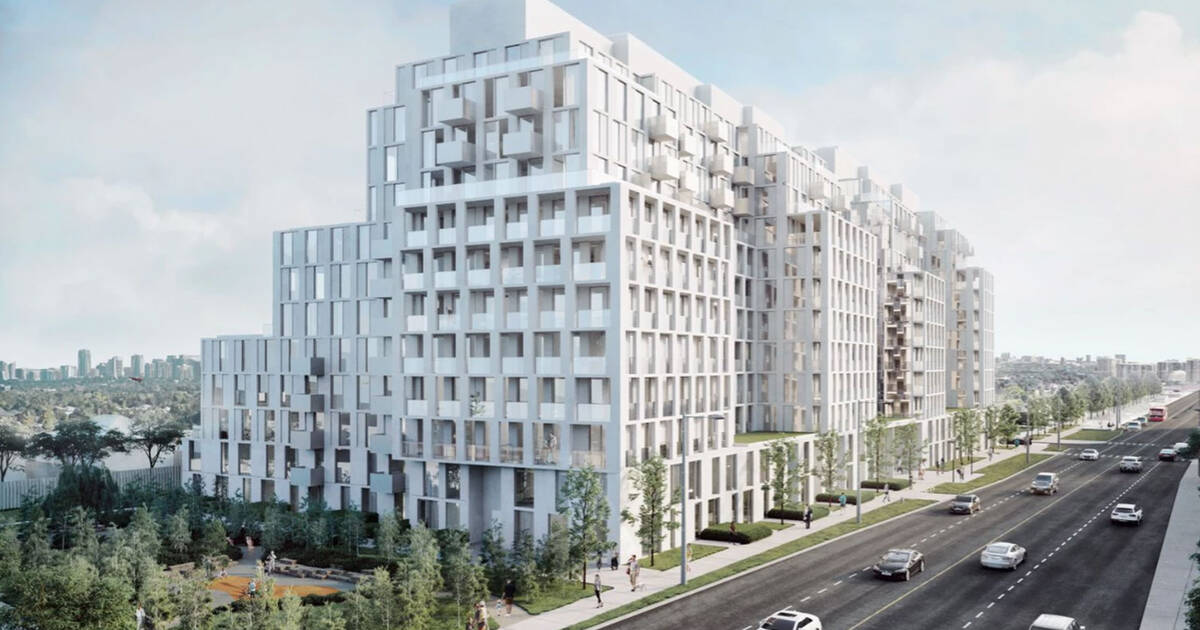 Toronto is about to get a dose of Scandinavian minimalism — 12 storeys of it, to be exact — with a new condo that's decked out with sustainable tech.

A 429-unit building called Nordic Condos is currently under works at 530 Wilson Ave., and is being touted as an outdoors-lover's dream home. 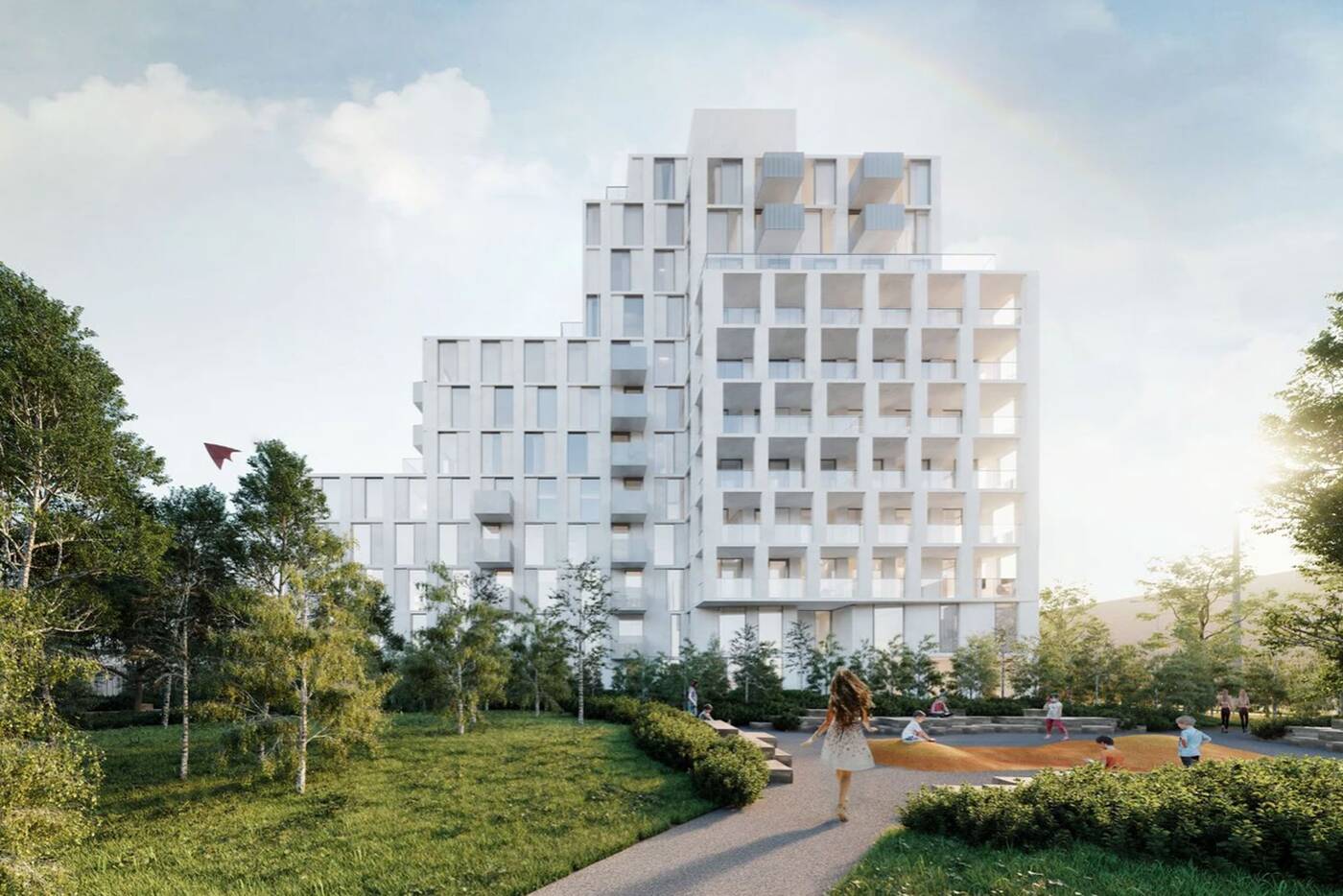 The new condo project will be a few minutes' walk from Wilson station. Photo via Nordic Condos.

First proposed in 2016, the project from developer Collecdev and firm gh3 (they also designed the pavilion at the upcoming Love Park at York and Queens Quay) will be just steps from Wilson subway station when it's complete.

According to Collecdev, the inspiration for the condo design is the Scandinavian philosophy friluftsliv (pronounced free-loofts-live), which, loosely translated, focuse on outdoorsy-ness as a way of life.

The condo will include 10,000 square-feet of outdoors amenities, including three courtyards, an outdoor kids play area with soft turf and some log features, and an exterior lounge with BBQs. 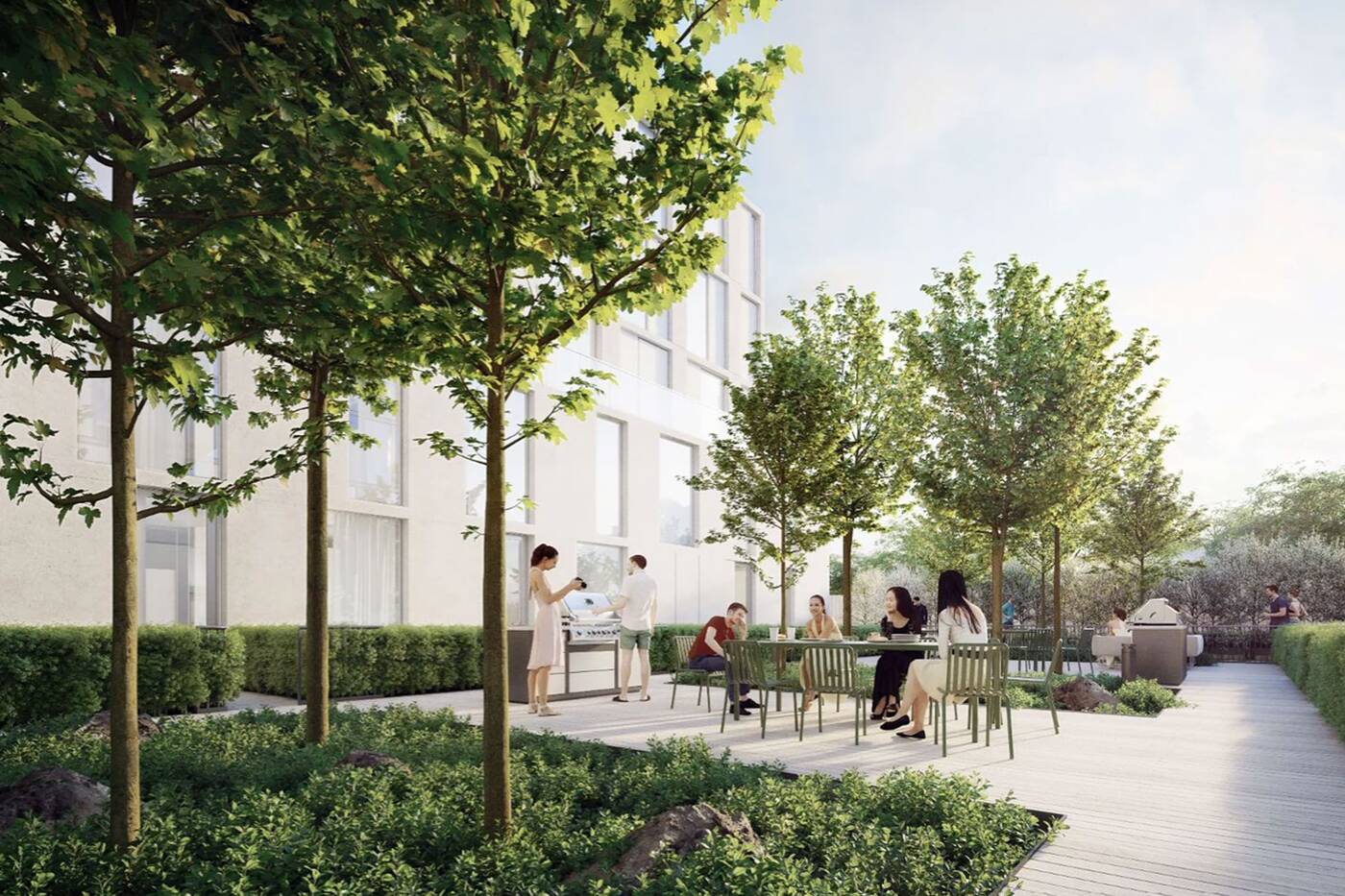 You'll be able to exercise outside as well with calisthenics equipment, and dirty dogs and various animals can clean off post-walk at pet wash stations on the property.

Amenities include a gym, party room, and a concierge lobby, while underground parking has enough space for 274 spaces.

But the most exciting aspect of Nordic Condos might be its promise for energy efficiency features. 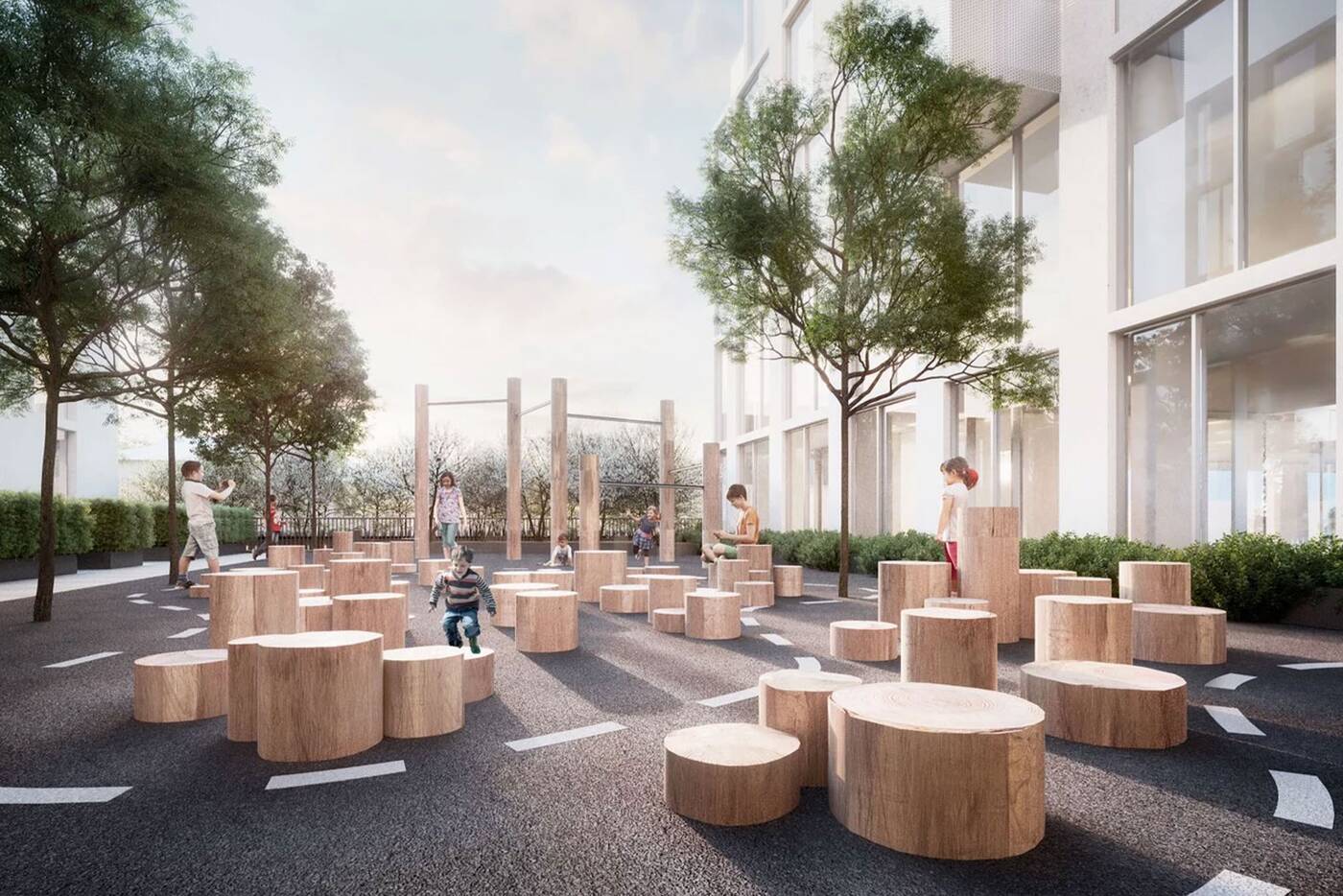 A children's play area will have soft-turf and log features. Photo via Nordic Condos​​​​​​​.

The building's geothermal heating and cooling is being marketed as using around 40 percent less energy than other condos, which will in turn save more than 5 million litres of water per year and produce 70 percent less greenhouse gas.

From the look of recent renderings, the building will have an all-white exterior, which hopefully will fare better than a pair of white sneakers on these city streets. 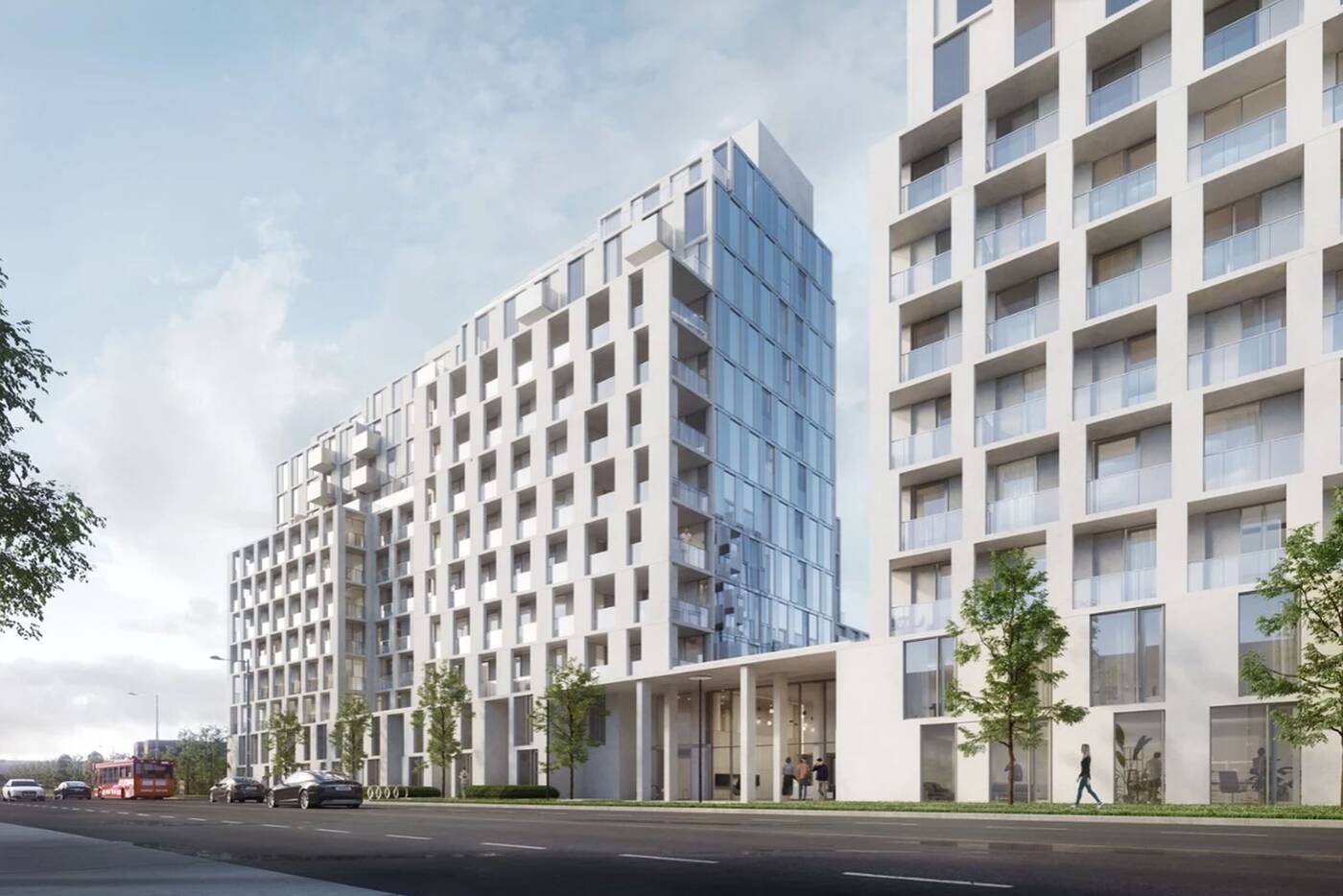 by Tanya Mok via blogTO
Posted by Arun Augustin at 11:37 AM