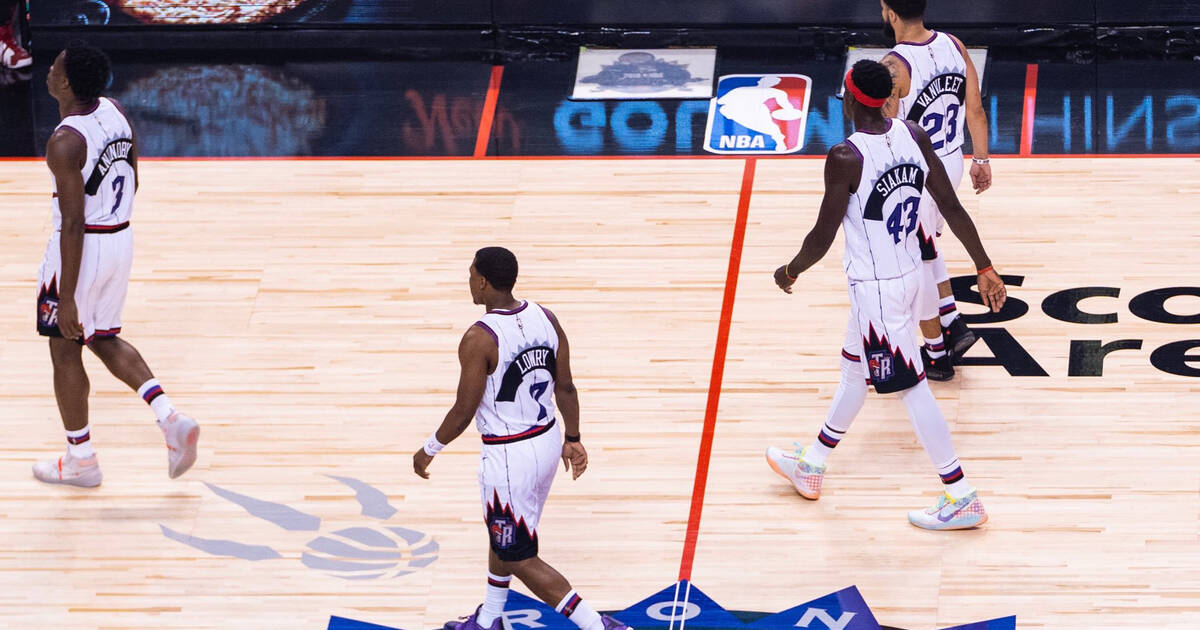 Last night was the first of the Raptors' six "95 Rewind" games — which feature the team throwing it back to its 1995 beginnings — and it was just as epic as expected.

Fans were obsessed with the Raps' purple, red and white jerseys that they brought back out of their mid-90s glory with a court decked out in the classic colours to match.

The return of the 90s colours and branding — aided by some tunes from the decade — really made it feel like the night was straight out of 1995.

The views of the Scotiabank Arena court from up high were legendary.

The @Raptors throwback logo on the hardwood tonight is 🔥 pic.twitter.com/EHAZWcpPGH

And up close, it and the jerseys looked absolutely fire.

The jerseys boosted his attributes by at least +10

Some speculated that the Raps' classic outfits may have contributed to Kyle Lowry's killer performance (with 26 points) and the team's 104-95 victory.

(Lowry's feelings about the rewind night, for the record: "sexy.")

Raptor himself dressed to impress too, turning heads before game time in a bright magenta suit with glittery spiked loafers to match.

Fans can get in on the retro party at one of the remaining rewind nights here in Toronto: December 11 (against Kawhi and the LA Clippers), January 28 and April 10 (against the Atlanta Hawks), February 25 (against the Milwaukee Bucks), and March 30 (against the Memphis Grizzlies).