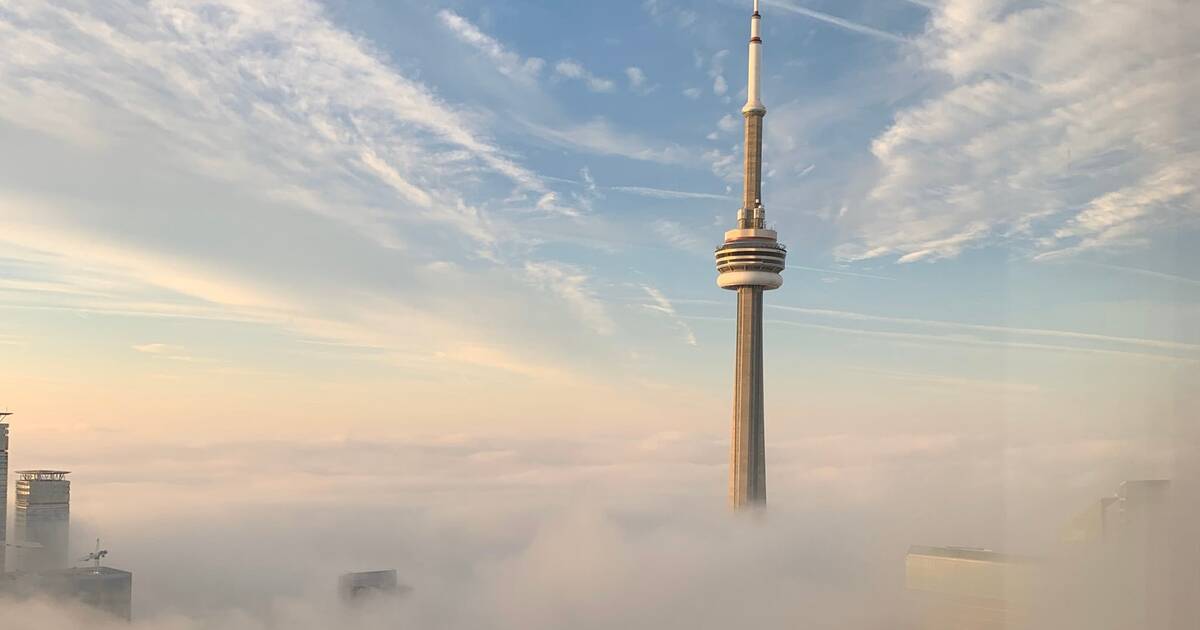 If you looked out your window in Toronto this morning and saw, well, nothing, that's because the city was covered in fog.

Much of the city's skyline was practically invisible this morning as thick fog made it hard to see the buildings and streets of Toronto.

The intensity of the fog has now subsided, and today's weather forecast predicts a beautiful and warm day in the 6ix — one of the last of the season.

But before you go out and soak up the sun, here's a look at some of the majestic photos Toronto residents posted of the intense fog that covered the city this morning.

Many posted photos of the view from their window, and they prove just how hard it was to see anything this morning.

View from my office of Toronto fog this morning pic.twitter.com/F0vU6EARbw

Others posted photos of other areas like parks and fields.

And some are saying the fog made everything look pretty creepy just in time for Halloween.

Someone even posted a video of morning commuters driving through the fog, warning everyone to stay safe despite limited visibility on the roads.

Another social media user posted a photo of the fog from an airplane, and it proves just how intense this morning's conditions truly were.

Bitta fog on the go in Toronto this morning, nice view of some of the downtown core / CN tower poking out of the top pic.twitter.com/gwF8at2pm6

But while thick fog made Toronto look like a scene from a Halloween movie early this morning, the clouds have thankfully cleared to make way for the sun.

by Mira Miller via blogTO
Posted by Arun Augustin at 8:29 AM