This Toronto street is banning cars for kids' safety 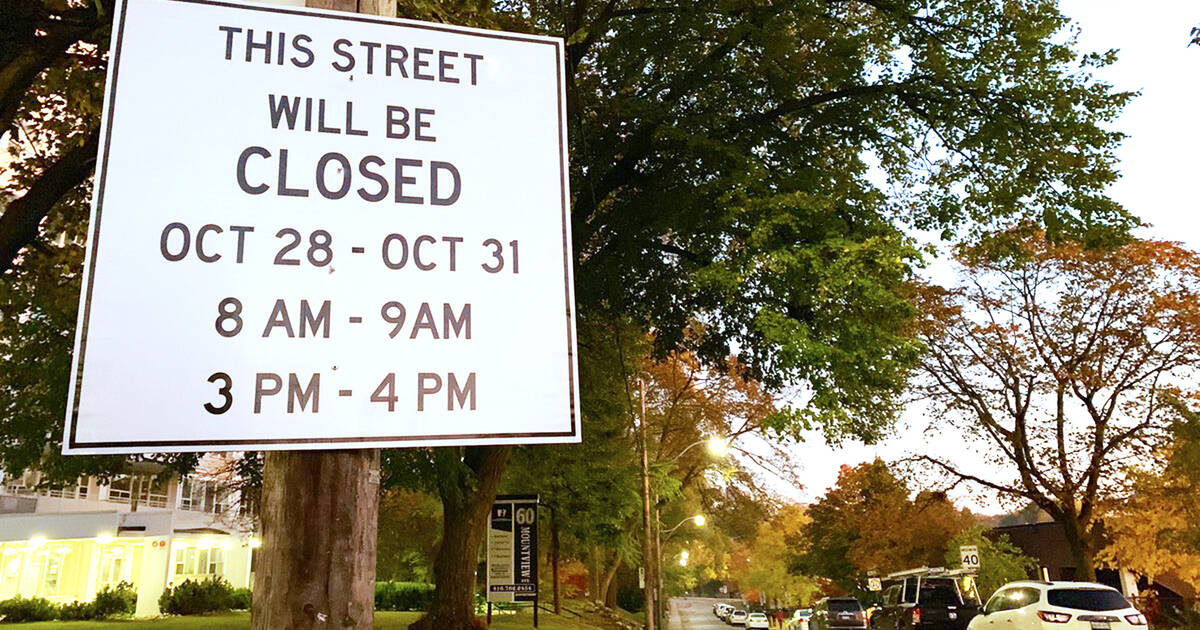 Toronto is trying to fix its pedestrian and cyclist safety problem. From reducing speed limits on select streets to implementing an entire five-year "Vision Zero" plan to cut traffic-related fatalities, the city is taking steps to make roads safer for residents, especially in school zones.

This week, it's testing a pilot project that could lead to road closures outside of Toronto schools to make it safer for students during peak drop-off and pick-up times.

What if our streets were designed with active and safe transportation for kids in mind? School drop-off and pick-up might look something like the #880streets pop-up happening today at @KeeleTDSB! @ecokidscanada @880cities @EcoSchoolsTDSB #safestreets pic.twitter.com/lMJqcdsaYw

A part of Mountainview Avenue in front of Keele Street Public School is closed to cars 8 a.m. to 9 a.m. and 3 p.m. 4 p.m. from October 28 to 31 to see how well a car-free zone works for the neighbourhood.

The pilot — called School Streets — is courtesy of non-profit group 8 80 Cities, which works to "enhance" public spaces for safer communities, with the cooperation of Eco Kids Canada and the Toronto District School Board Eco Schools.

It is modelled after the successful European program with the same name that has banned cars from school areas in cities like London, Milan and Edinburgh.

This may be a novel concept for Toronto but car-free school drop off zones are common in many other cities. Let’s replicate them permanently here. Thanks @880Cities for bringing the #880StreetsMountview demonstration here pic.twitter.com/tes74RYgJq

8 80 Cities has previously rolled out two similar road safety endeavours in the city, including converting a portion of Danforth Avenue into a more pedestrian-friendly zone.

We are proud to partner with @880Cities on Toronto's first-ever #SchoolStreets pilot! Increasing road safety outside of schools encourages students to walk/cycle, reduces pollution, and provides an opportunity for #OutdoorPlay before and after school. #880streets #VisionZero pic.twitter.com/Ho7cC3Alz8

Two days into the Toronto School Streets initiative, it seems feedback has been positive so far — from parents and city councillors alike — with kids excited to have space to play before and after school without traffic safety risks.

Torontonians can count on other similar street safety measures to be enacted, whether temporarily or long-term, in line with Vision Zero's objectives.

by Becky Robertson via blogTO
Posted by Arun Augustin at 11:09 AM