Toronto pub changes its name from Idiot to Genius 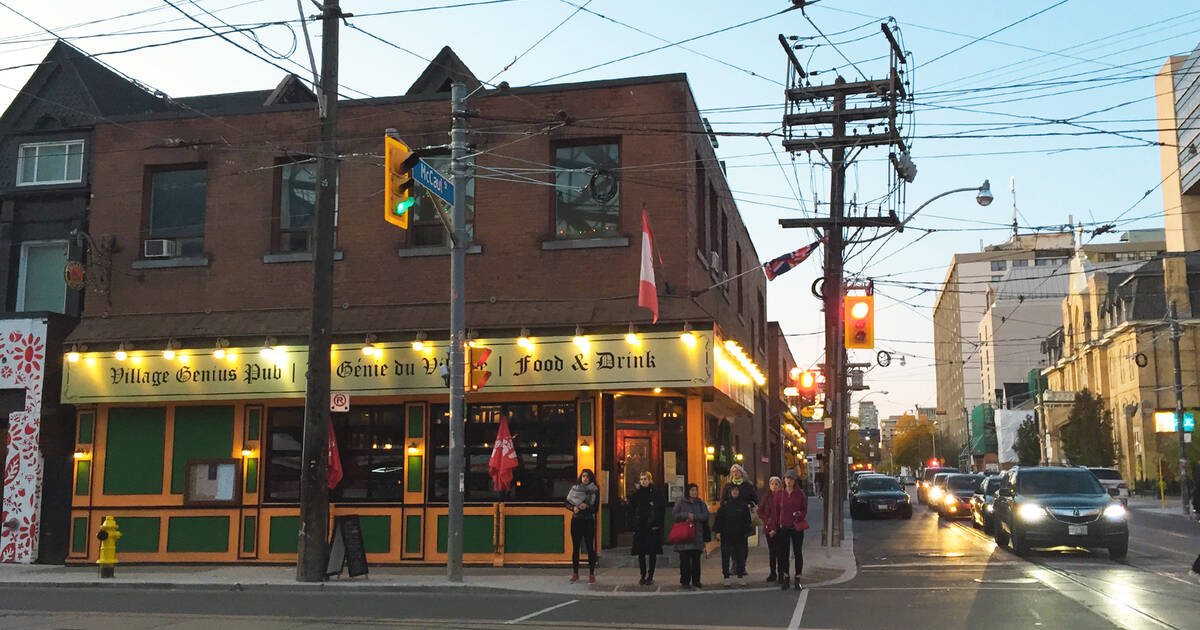 If Paul Rudd has anything to teach us in his new Netflix series Living With Yourself, it's that we can always strive to be a better version of who we are.

One of the oldest bars in Toronto's Grange Park neighbourhood seemingly took this message to heart when it rebranded this week — as the complete opposite of its former self.

The Village Idiot Pub, which has been serving food and libations near OCAD at the corner of McCaul Street and Dundas Street West for 30 years, confused the heck out of passers-by when it unveiled new signage reading "The Village Genius."

Kevin Girgis, the son of owner Atef Girgis and general manager of the family's nearby Town Crier Pub, says the idea is to "change with the times" and make the establishment more welcoming, especially to families.

"The humour was there five or ten years ago, but it's time to turn it into more of a positive," he says.

The Village Idiot pub near my place has been renamed The Village Genius. A stable genius, I hope.

Kevin helped with the rebrand, which includes not only a new name, but new decor and a completely overhauled menu.

The bar is slowly coming into its fresh identity, with plans to put up thought-provoking quotes and hang portraits of geniuses like Albert Einstein, Oscar Wilde, Nikola Tesla, and even Margaret Atwood.

A new, elevated and redesigned menu was rolled out yesterday, featuring less pub fare and more upscale options like flatbreads, goulash, and high quality cuts of meat — lamb shank and veal chops among them — at reasonable prices.

RE: Village Idiot Pub changing its name to Village Genius...a stone's throw away from the uni, Ein-Stein's, etc. is a nice gesture but think its more about the rebrand than the point. https://t.co/lmNwMHvyft

"We’re looking to make it more of an inclusive spot for everybody, where nobody will feel out of place," Kevin says. "Hopefully it can spark some conversation and be a place to chat and learn things... and will make everybody a bit happier when they go there."

by Becky Robertson via blogTO
Posted by Arun Augustin at 10:24 PM