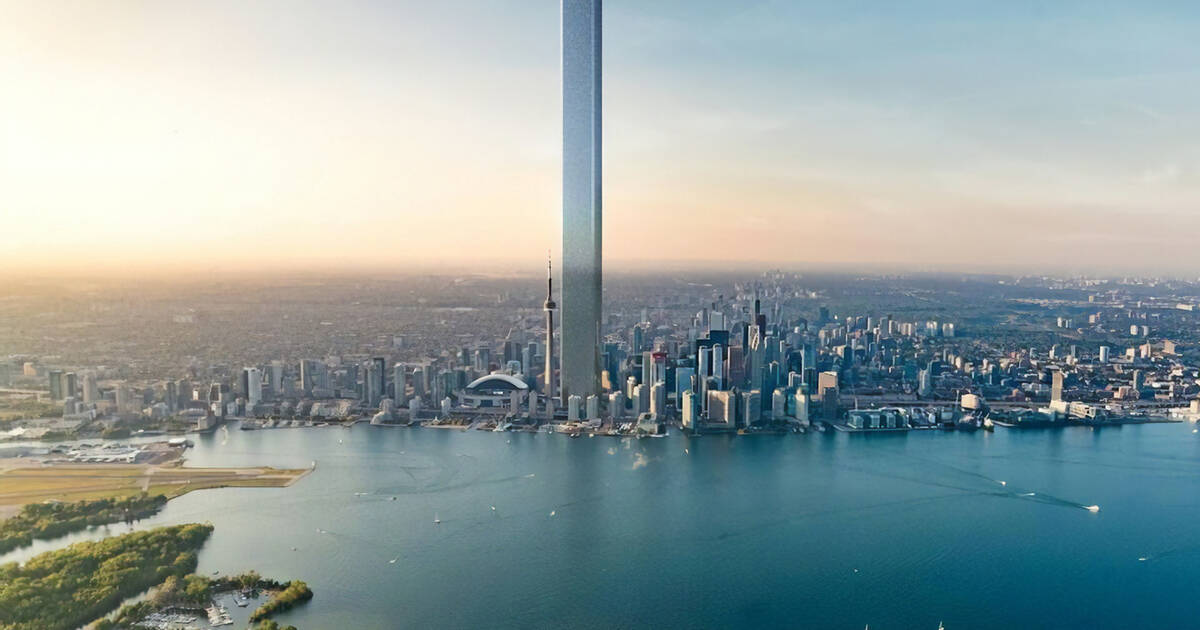 There have been pictures of a condo building more than two and a half times the height of the CN Tower circulating around social media since yesterday morning.

No, it's not because the city is getting yet another super-development. It's to show how big of a tower Toronto would need to house all of the citizens experiencing homelessness in the GTA.

The building, dubbed the #unignorable tower, would need to have space for 116,317 homeless individuals and families.

Though you can see it amid the Toronto skyline on your phone through an augmented reality app, it is physically impossible to build and would be the world's tallest structure — which proves the point of how massive our homelessness problem is.

🏢👀 If it were real, this would be the world’s tallest building. It’s called the #UNIGNORABLE Tower, and it's an augmented reality experience by @uwgreaterto that represents the 116,000+ Greater Toronto Area families and individuals struggling to put a roof over their head. 🙆‍♂️🙆‍♀️ If you’re situated in the GTA, simply download the #UNIGNORABLE Tower AR app & point your phone towards the CN Tower 🤳🏻🏙 — a building will appear to scale. 🚨 With 1-in-7 residents struggling, poverty is a big problem in the GTA. Help support the fight against poverty in the GTA by donating to @uwgreaterto ! #UnitedWay #UnitedWayGreaterToronto #UnitedWay_partner

The tower is the centre of a campaign by United Way Greater Toronto, which is also holding an #unignorable pop-up in Brookfield Place until November 8 to spread awareness of the issue and raise funds.

The United Way says that though the GTA "appears to be a prosperous and thriving region," it is actually the poverty capital of Canada, with one in seven residents struggling enough financially to have to worry about a roof over their head.

The goal of the campaign is to render the region's poverty, much like the gigantic building, absolutely 'unignorable.' And based on the social media buzz so far, it seems to be doing some good.

by Becky Robertson via blogTO
Posted by Arun Augustin at 9:11 AM