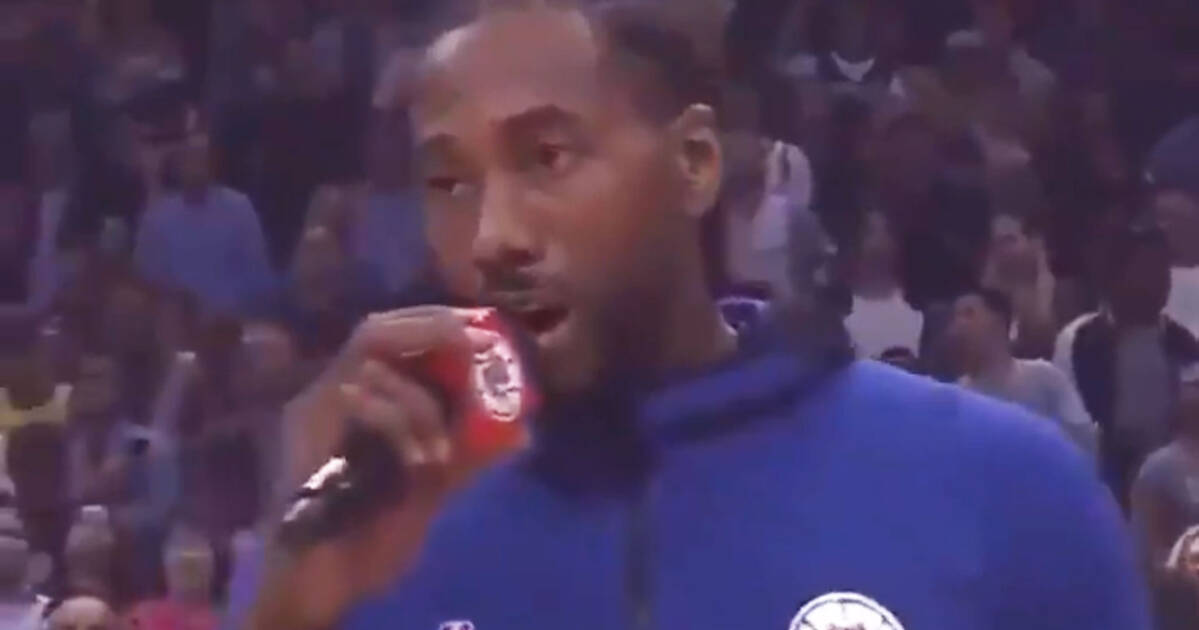 Kawhi Leonard may not be a Toronto Raptor anymore, but that hasn't stopped him from being the NBA's meme-MVP.

The now-Los Angeles Clippers player (still sucks to say it out loud) officially has a new meme, and it's called the "Hey, hey, hey".

this is how fathers "watch" the kids from the couch while the game is on pic.twitter.com/vYRQBXzZQ5

The Fun Guy hit the Staples Centre and accidentally gave us more Internet gold with a very awkward address to the crowd that has now become viral.

Nothing less is expected of the man who gave us last year's most precious gift (aside from, you know, helping us get our Championship rings): laughter.

The "Hey, hey, hey" might be just as good, and people have been running amok the last few days with Kawhi dad jokes and song remixes.

basketball is back and I can finally show off my one and only talent again pic.twitter.com/PEkAjC1yBL

But no mash up has been more apropos than the one mixed with a tune from Toronto's very own Drake, courtesy of Twitter user Egyalitarian.

Most of us will know the lyrics to the classic Find Your Love: "I'm more than just an option..." Cue Kawhi. Perfect.

by Tanya Mok via blogTO
Posted by Arun Augustin at 8:34 AM