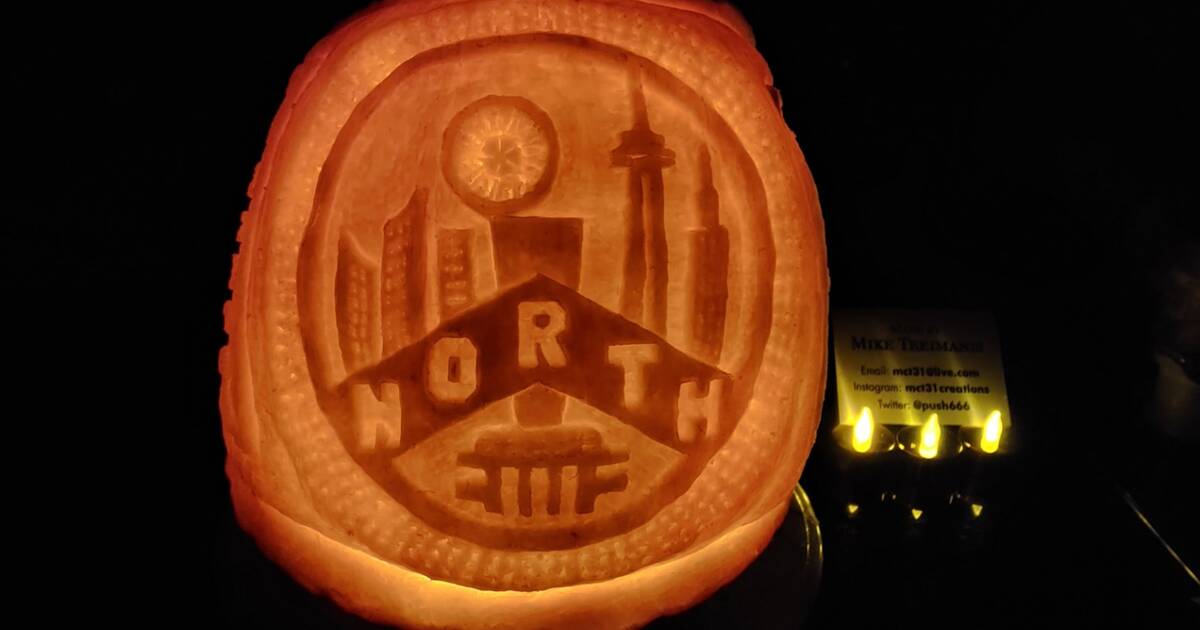 It's Halloween in Toronto which means the city is covered in Raptors-themed-pumpkins.

Residents are putting their artistic skills to work and carving detailed, intricate Raptors-inspired designs into pumpkins and sharing them all over social media — and the results are pretty incredible.

Some of the designs are so detailed, it's clear they took hours to complete.

Many of the pumpkin carvers chose to rep the old-school Raptors design, which is right in line with their style this season.

The pumpkin I did this year was Championship-inspired

Others chose to draw inspiration from the Raptors' championship win this past season.

And some even incorporated the Toronto skyline.

Here is my pumpkin dedicated to the Toronto Raptors Championship. I wasn't lucky enough to get one of these rings, so I decided to make my own. This took a lot of hours but it was worth it in the end. Raptors fan for life. pic.twitter.com/ZpvtA1yZBH

Some of the pumpkins were made by elementary school kids in an attempt to win their school pumpkin carving contests.

#MLSE Pumpkin tribute & 7 hours of my life I will never get back even though my kids are happy. Also the #Raptors pumpkin is naturally that red & #TFC was the last pumpkin my arthritic hand worked on while they won last night so it sucks. #halloween2019 pic.twitter.com/zHzOZ1altT

So far, one of the most impressive creations appears to be one emulating the Toronto Raptors' $10,000 championship rings.

Regardless of how impressive each one is, there's no question Toronto is showing their love and support for the Raptors through creative pumpkin carvings this Halloween.

by Mira Miller via blogTO
Posted by Arun Augustin at 2:51 PM