The TTC is rolling out its new fleet of electric buses 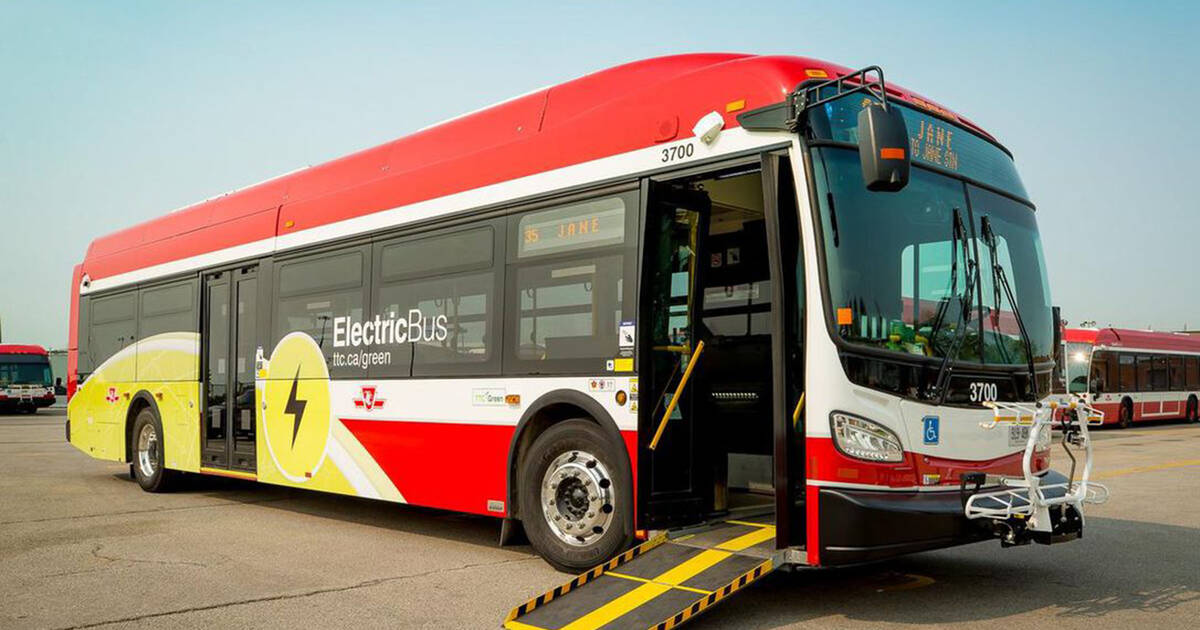 Greta Thunburg would be proud of the TTC's latest steps to cut down on its greenhouse gas emissions.

Over the weekend, the commission unveiled the latest model in its fleet of electric buses and put it into service on the 6 Bay route. The bus, manufactured by California-based company Proterra, is one of 60 fully-electric vehicles the TTC plans to have on Toronto roads by early next year — a number that makes the city home to one of the largest "mini-fleets" of ebuses in the continent.

It’s a step in the right direction. Yay !

Future purchases of green vehicles will be based on the performance of this new fleet, which is comprised of three different models of ebuses, all of which can last more than 200 km on one charge.

The buses can also serve as "mobile power plants" in emergency power outages.

The Mount Dennis Garage and Arrow Road Bus Division have been appropriately outfitted with charging stations, and the Eglinton Garage will be likewise updated by the end of the year.

Our second eBus model has arrived, #Toronto! The Proterra eBus will live in the Mount Dennis Garage that's been fully fitted for this green technology. Catch the eBus on its first run on the 6 Bay route on Oct 26 after 11 a.m. See you there! #ecofriendly pic.twitter.com/KIjrR0qnVN

The commission has acquired 255 new Diesel-electric hybrid buses — which use approximately 25 per cent less fuel than its clean diesel vehicles — since last year, and put one other model of fully electric bus in service on the 35 Jane route in June.

It has also installed vegetated "green roofs" and solar reflective "cool roofs" on a number of its stations and bus garages.

And it's off! The inaugural ride of the #ttc 's first @newflyer clean, green electric bus is underway! 60 buses on the way from three manufacturers in the next year, full zero-emission fleet by 2040. Read more at https://t.co/ZaHQZNzX7w pic.twitter.com/K5m0AeCPgK

Now if we can somehow cut down on those pesky near-daily delays and other service disruptions that the TTC is known for, we'll be golden.

by Becky Robertson via blogTO
Posted by Arun Augustin at 11:14 AM