Rental of the week: 37 Annabelle Drive 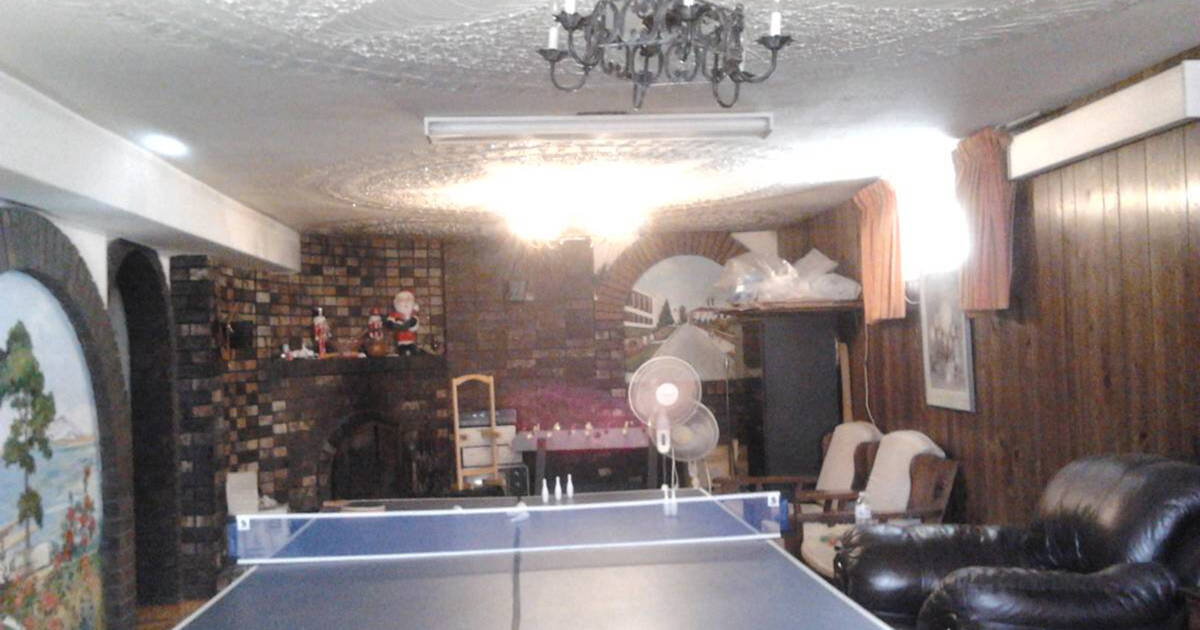 This place gives me a panic attack. There's just so much going on I don't know where to look first. Even the stairs are somehow chaotic. How can stairs be chaotic? 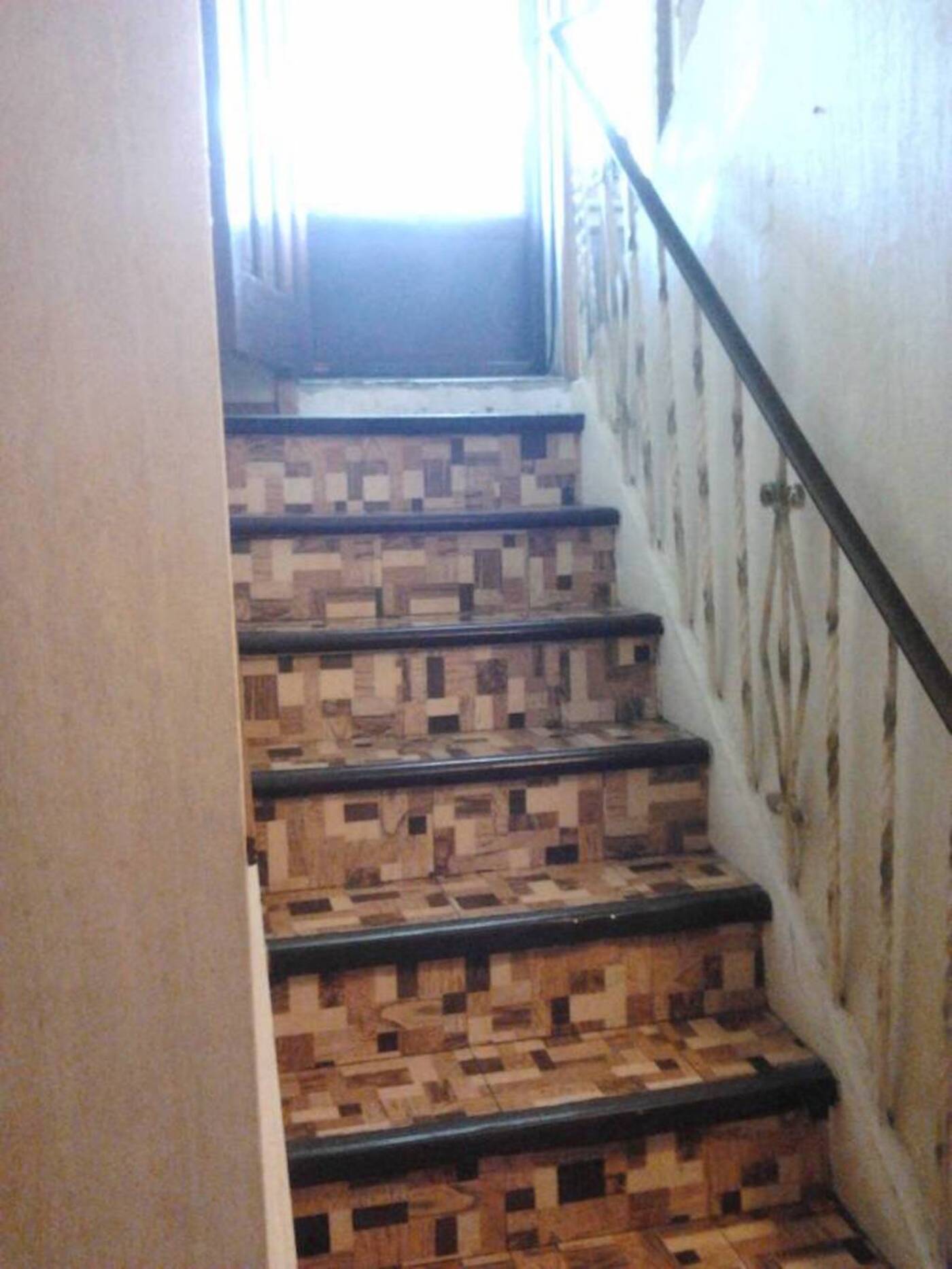 This basement apartment is in an Etobicoke bungalow, but not the convenient part of Etobicoke. It's past Rexdale. Also, it hasn't been touched since the 60s, so it's like a terrible time capsule. 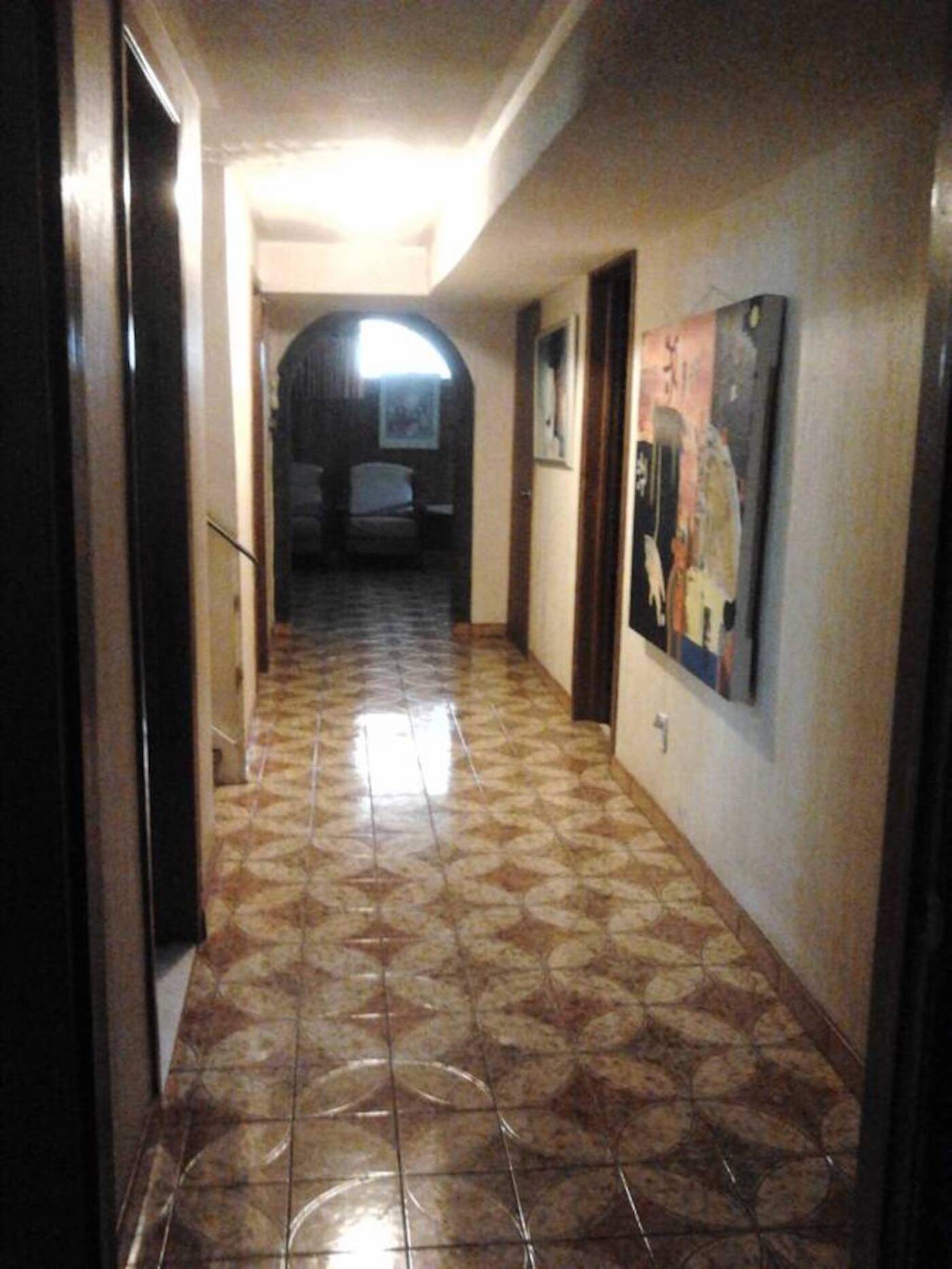 Anyway, I'm just going to go room-by-room and point out why no one should rent this dump for $1,400. 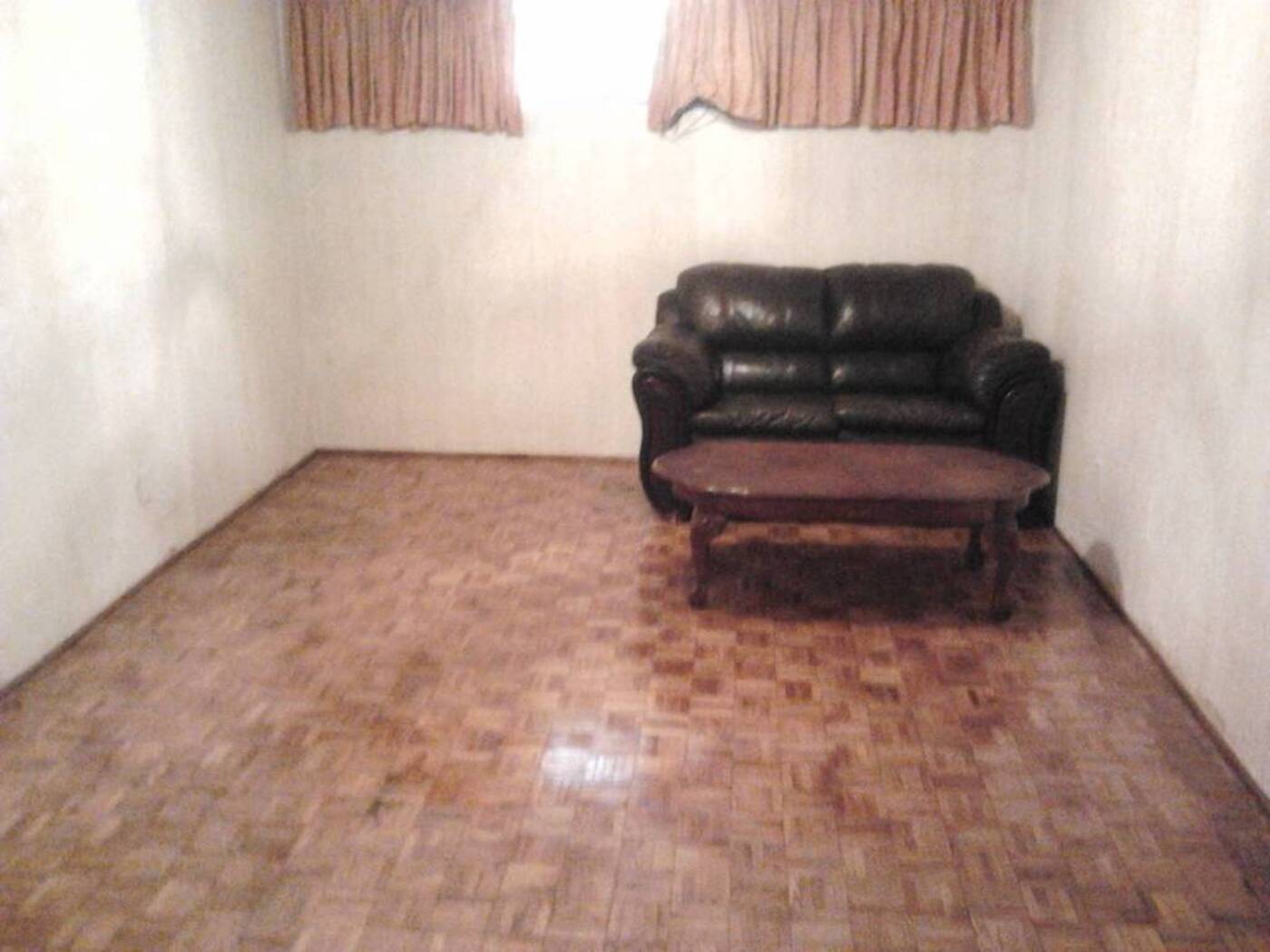 I don't know if this place comes furnished or not, but in one room there's just a sad looking couch and a coffee table I think my grandparents once had. 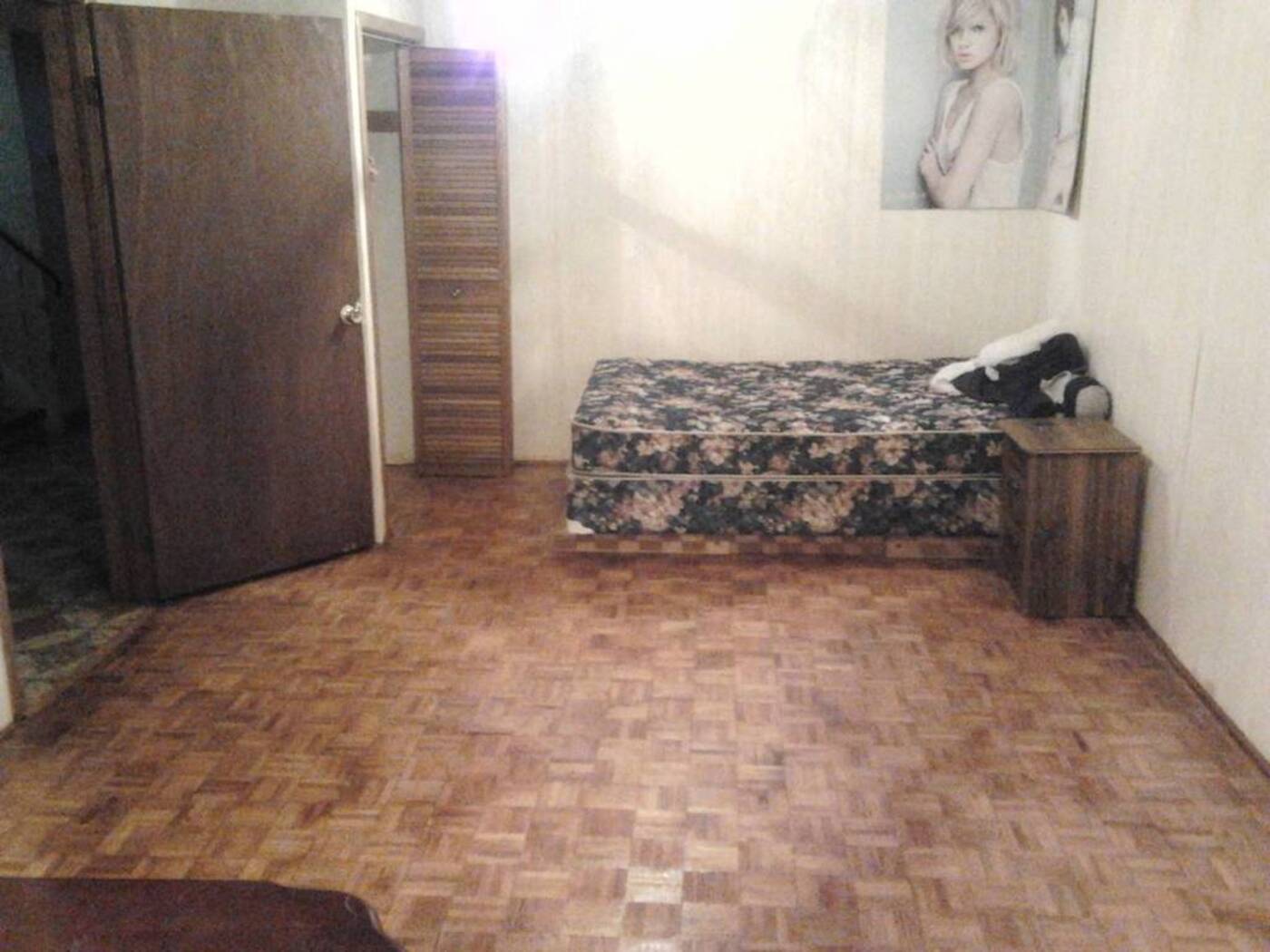 On the opposite side of the room is a single bed with those floral foam mattresses that were big in the 70s. And, hanging on the wall is the creepiest two paintings (?) of girls. They look sad and malnourished. 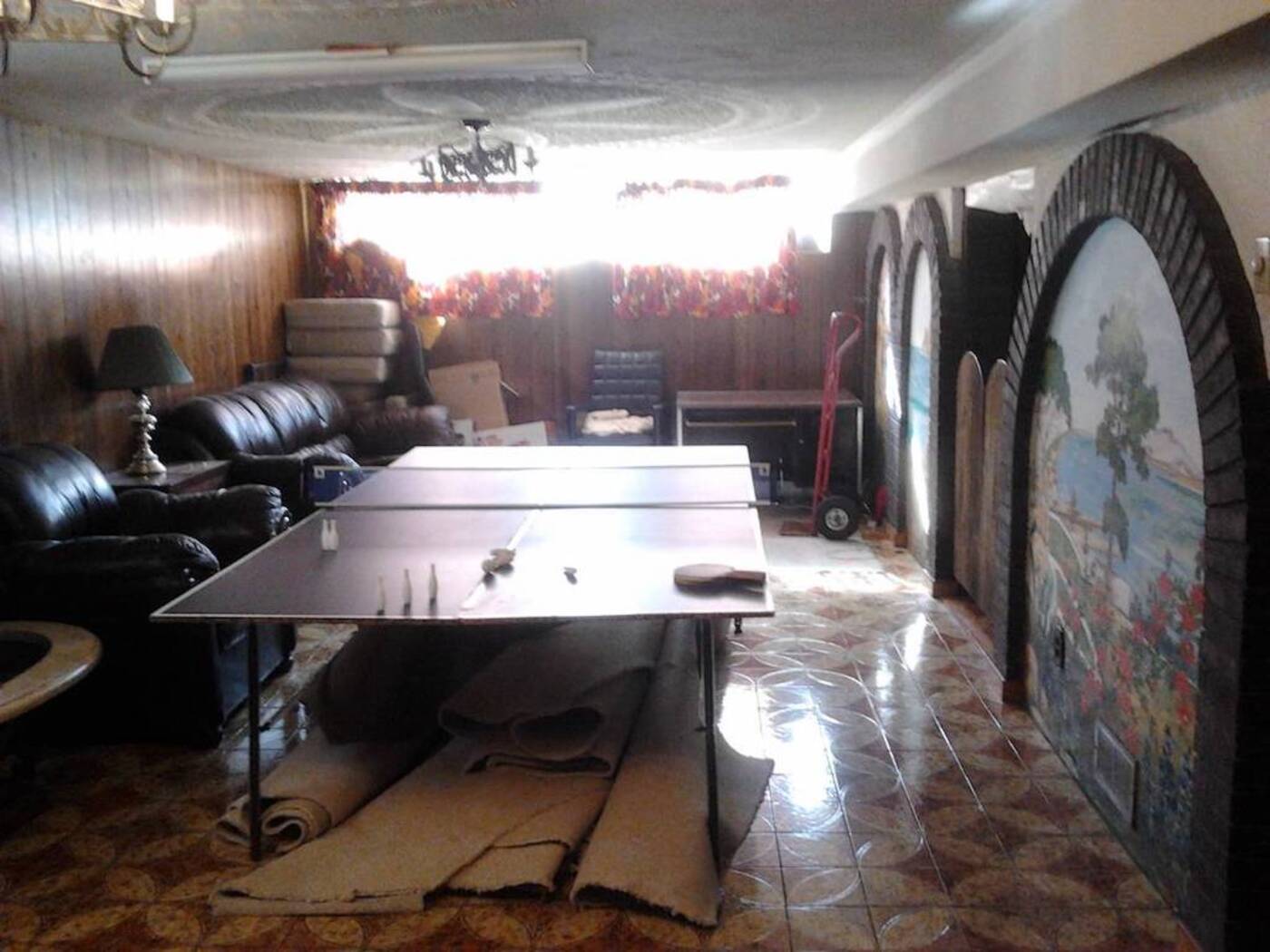 The living room looks like a basement before you call 1-800-Got-Junk. There's a giant dilapidated ping pong table that takes up the majority of the room. And under the ping pong table is rolled-up old carpeting.

There's so much random furniture in this room that there's literally nowhere to move.

On one wall there's also these murals. I'm not sure what they're trying to depict, but if they're supposed to be calming, they're having the exact opposite effect. 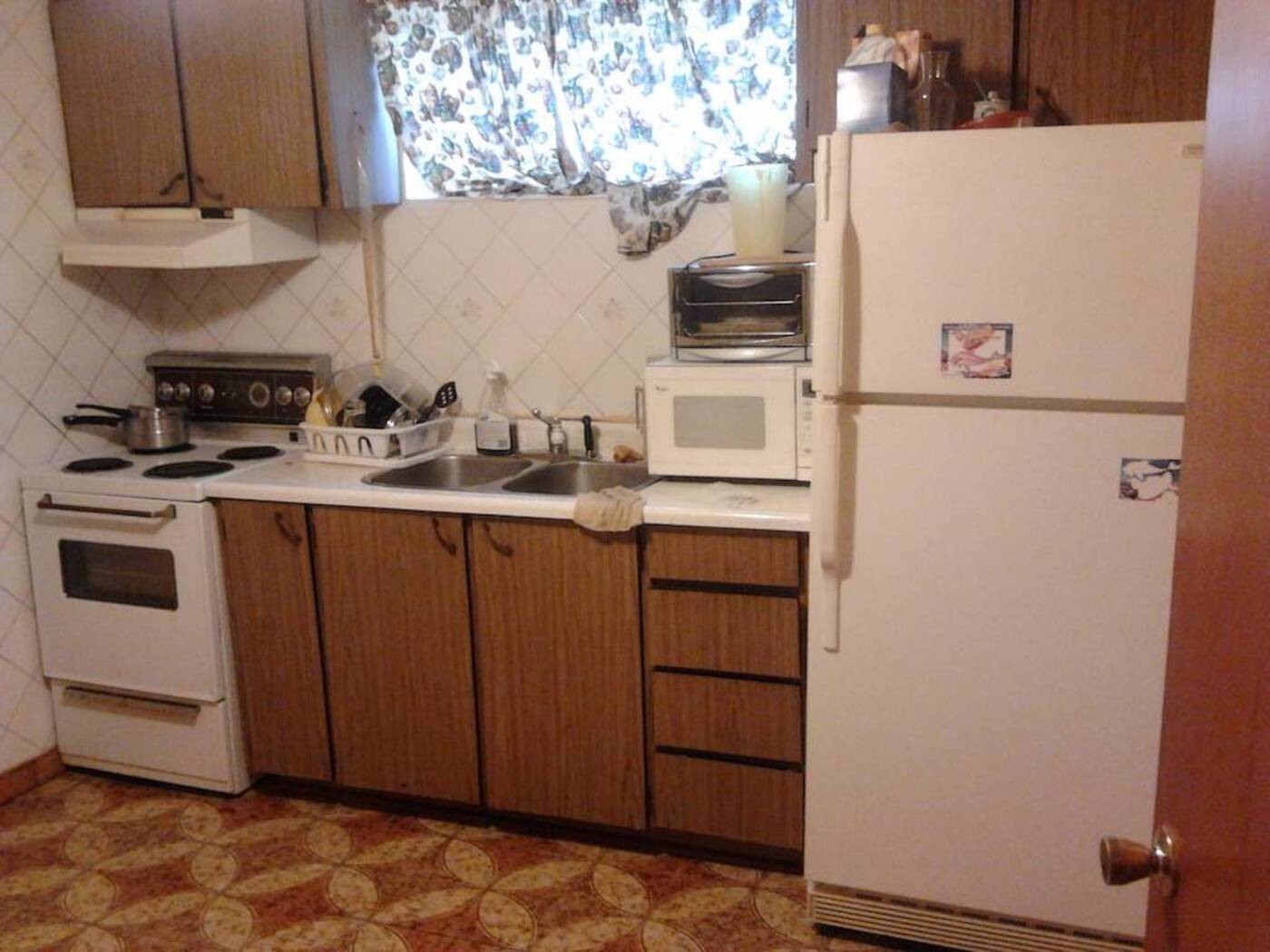 The kitchen might be the most normal room in the apartment. It's just a stove, fridge, some cabinets and a sink. 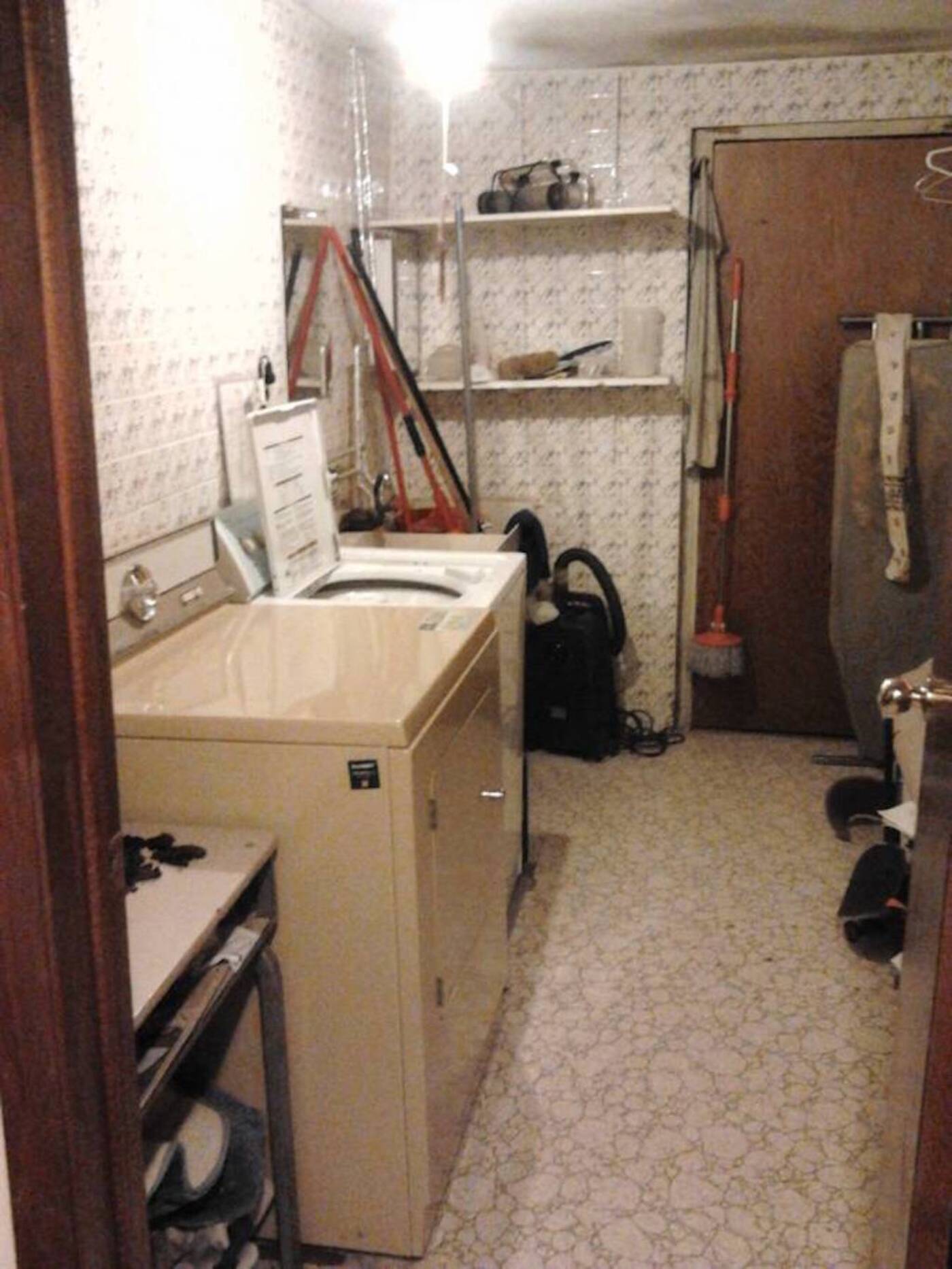 The listing says there's two bedrooms, but there seems to only be one... unless we're counting the junk room as a second bedroom? 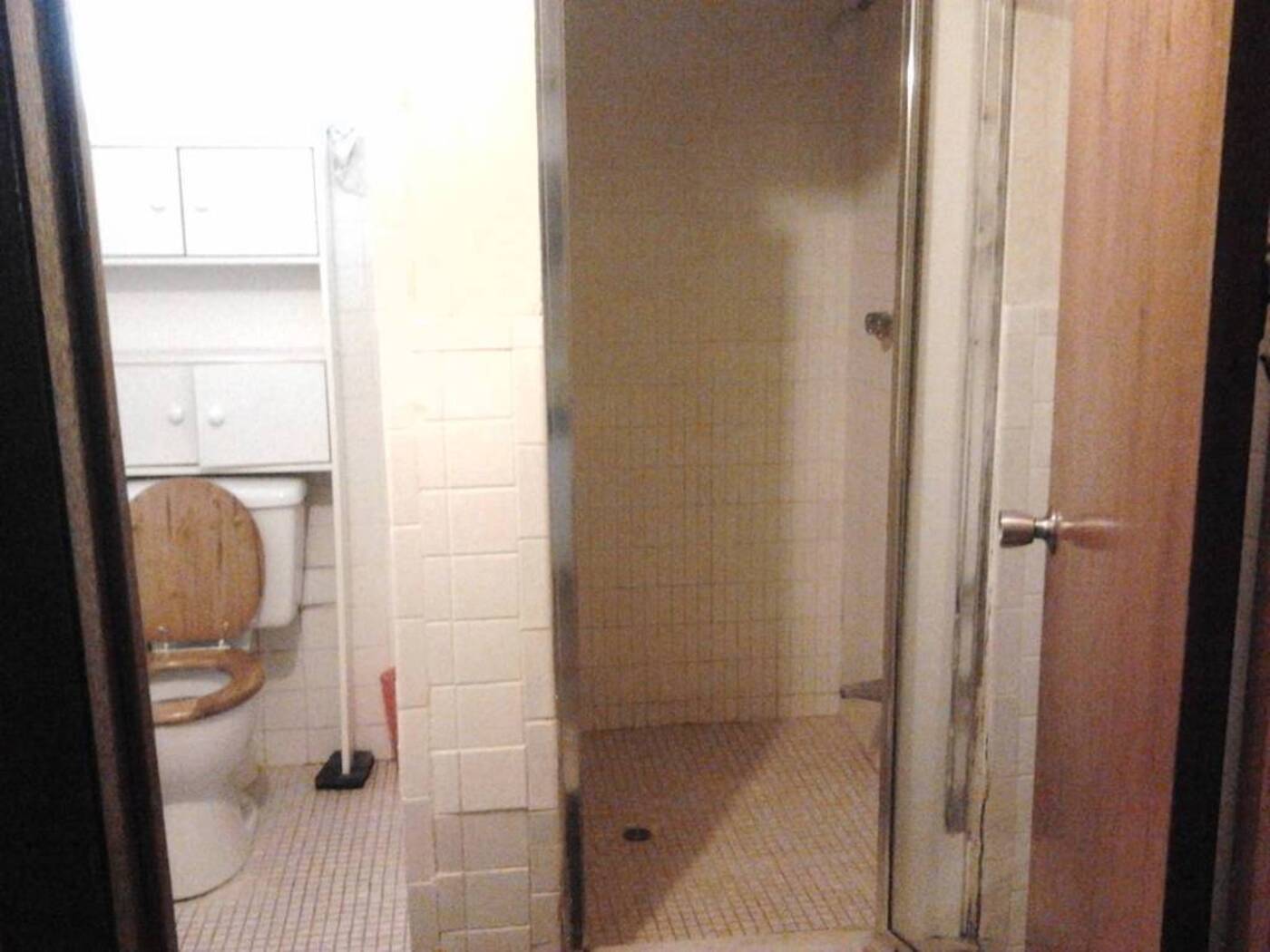 The bathroom looks beyond grim, and the hallway makes me feel like someone is going to leap out and attack me. 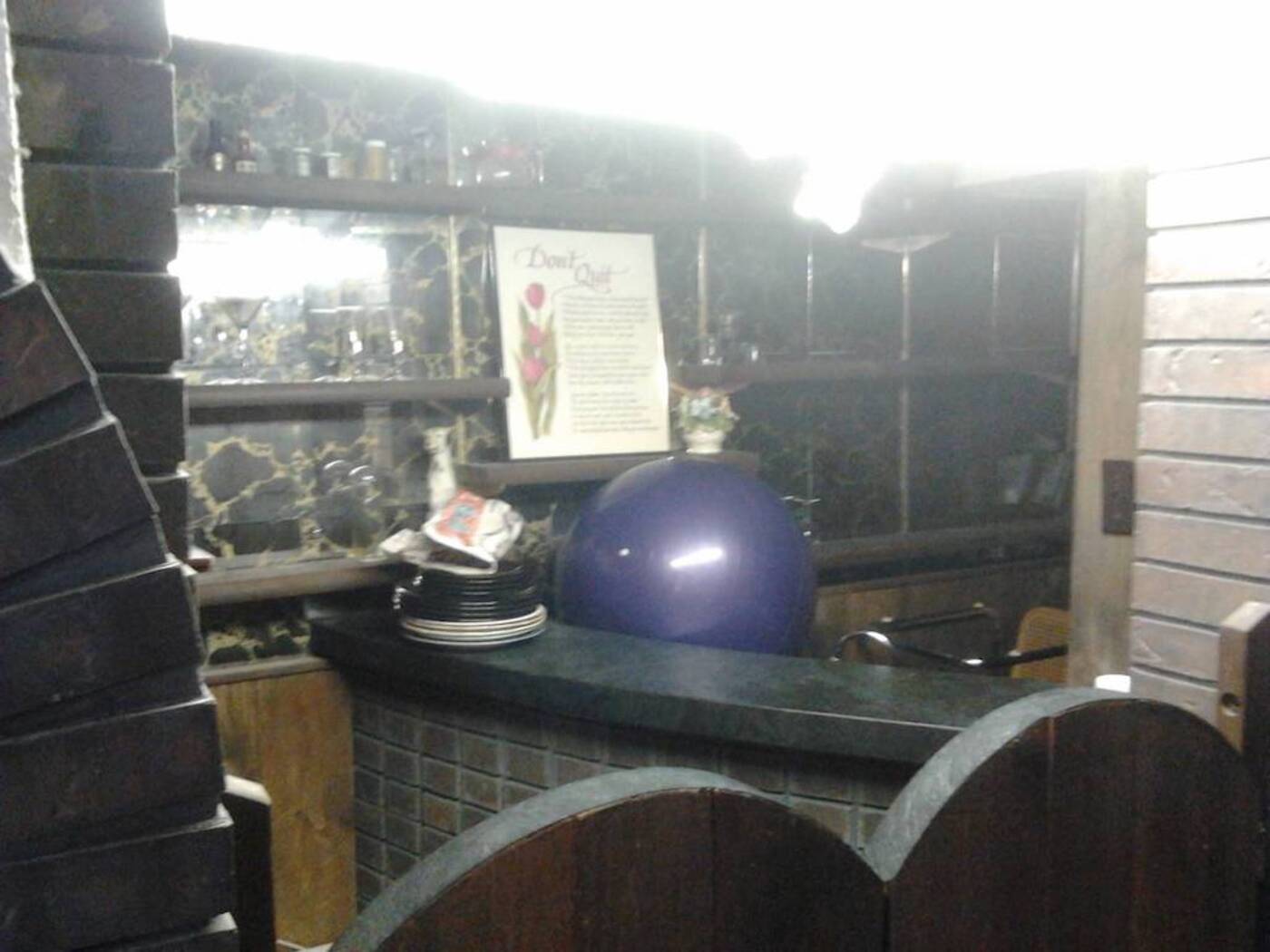 The wet bar gives me the same vibes as that creepy guy in a dance club whose cologne you can smell from across the room because he bathed in it. Also, why is an exercise ball just jammed there? 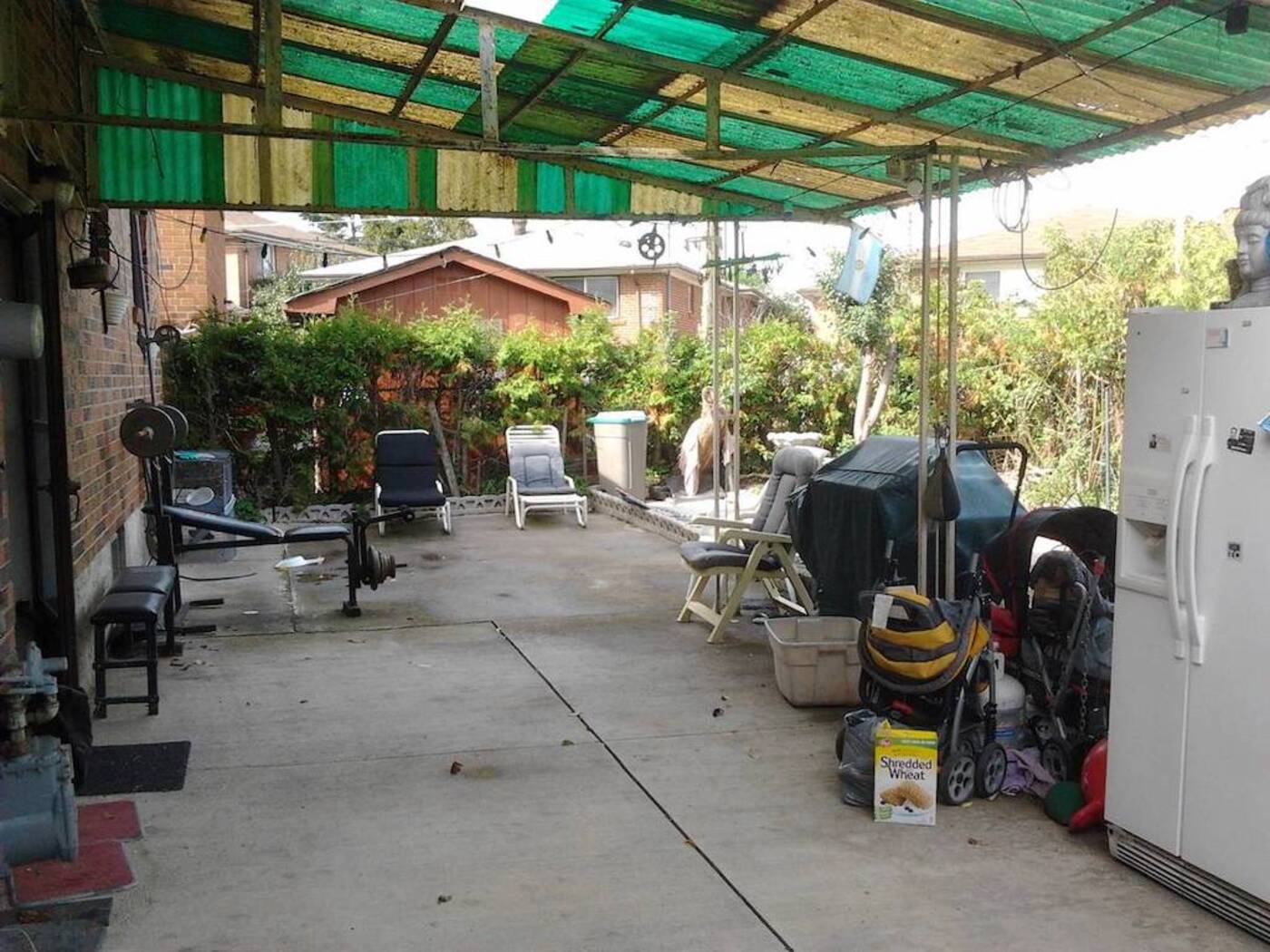 Finally, there seems to be a patio space, but even outside you can't escape the chaos. There's a ton of random stuff, including a bench-press and a fridge. Why? 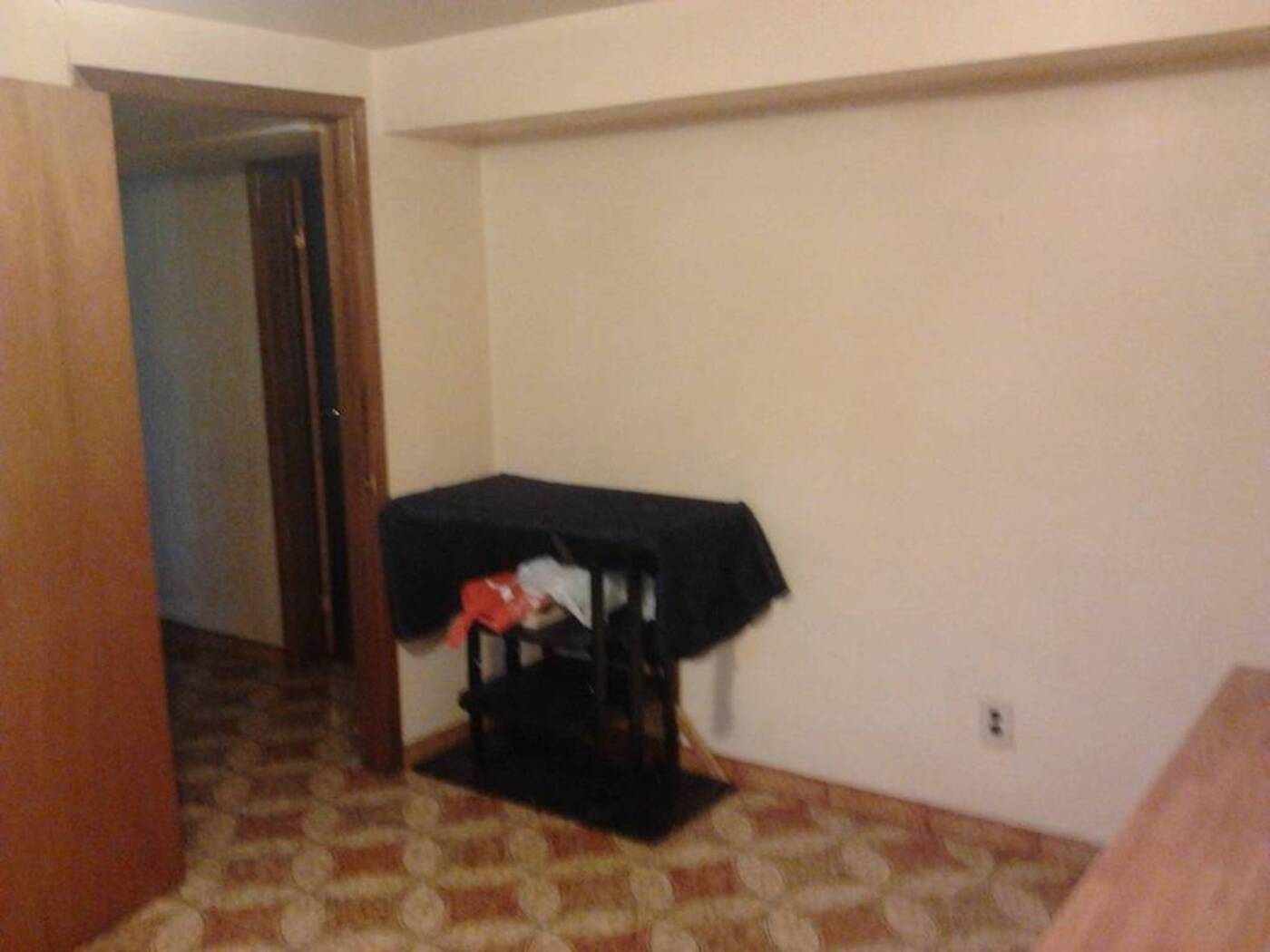 Feeling like you've gone back in time. The tiles, the wet bar, the wood panelling. It's all so dated it hurts. 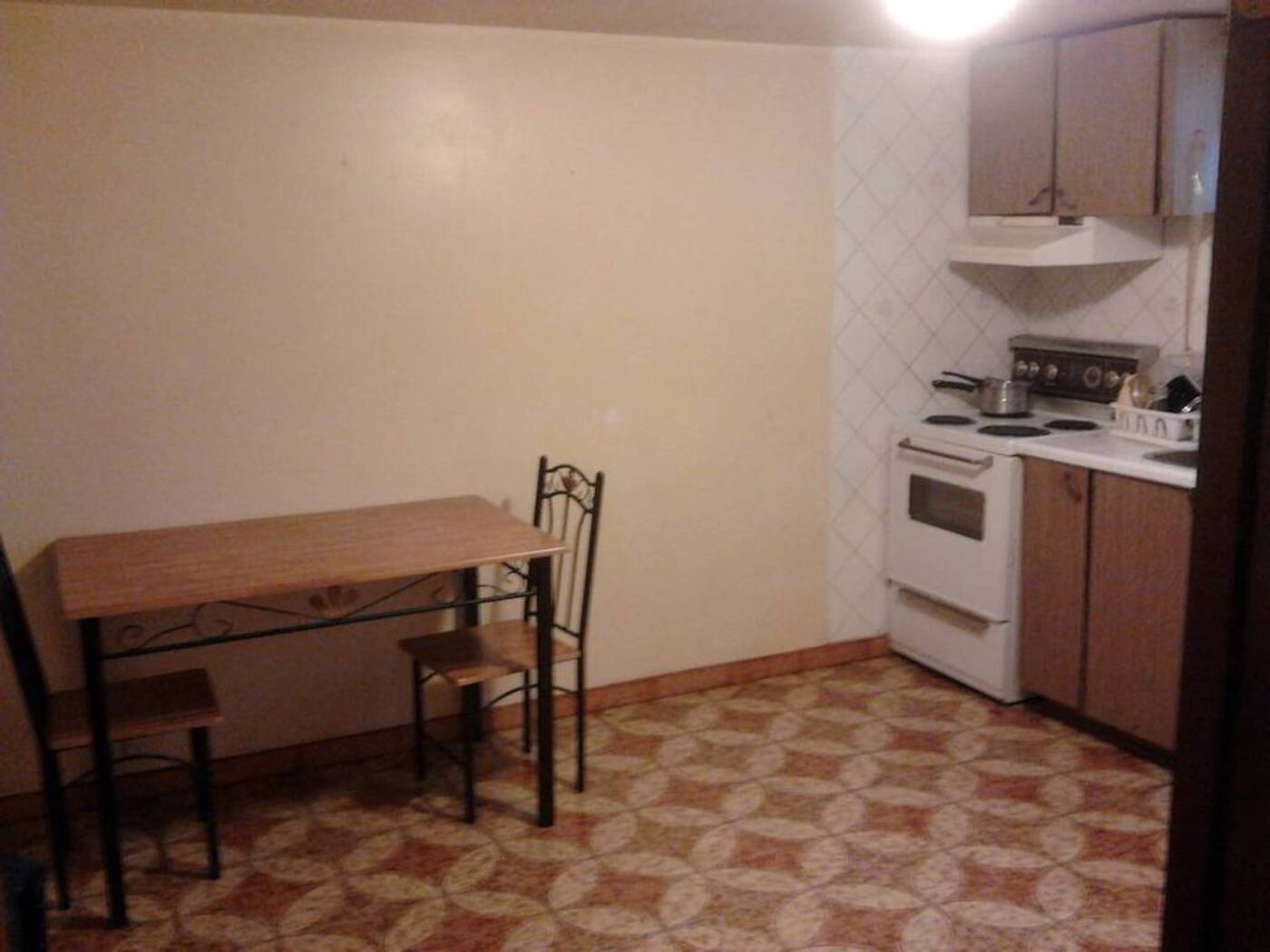 You don’t have a car. The address has a walkscore of 59 and a transit score of 68. It’s going to be a small hassle to do literally anything without a car. 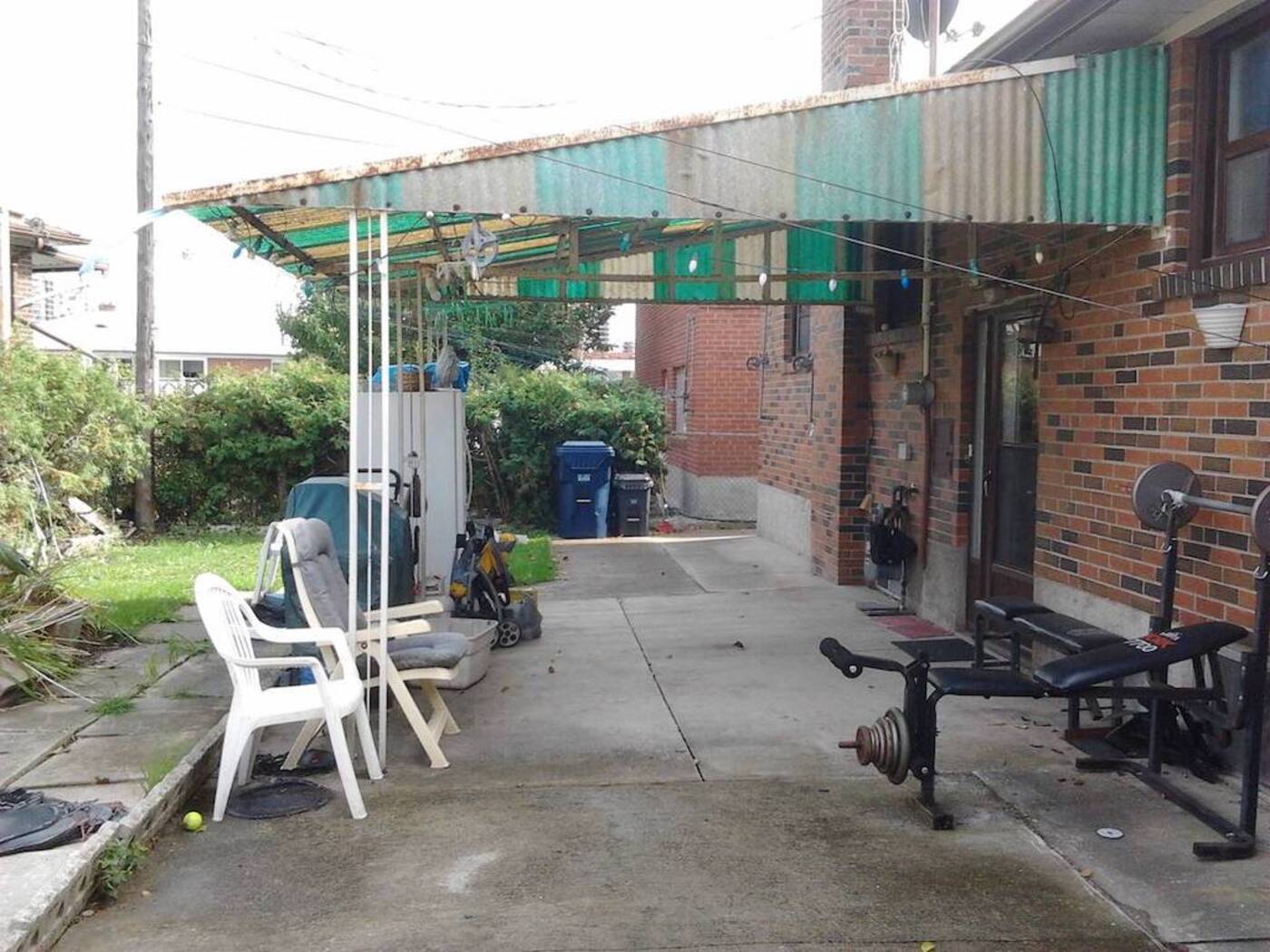 by Misha Gajewski via blogTO
Posted by Arun Augustin at 11:21 PM