The internet is furious at this Toronto couple's Halloween costume 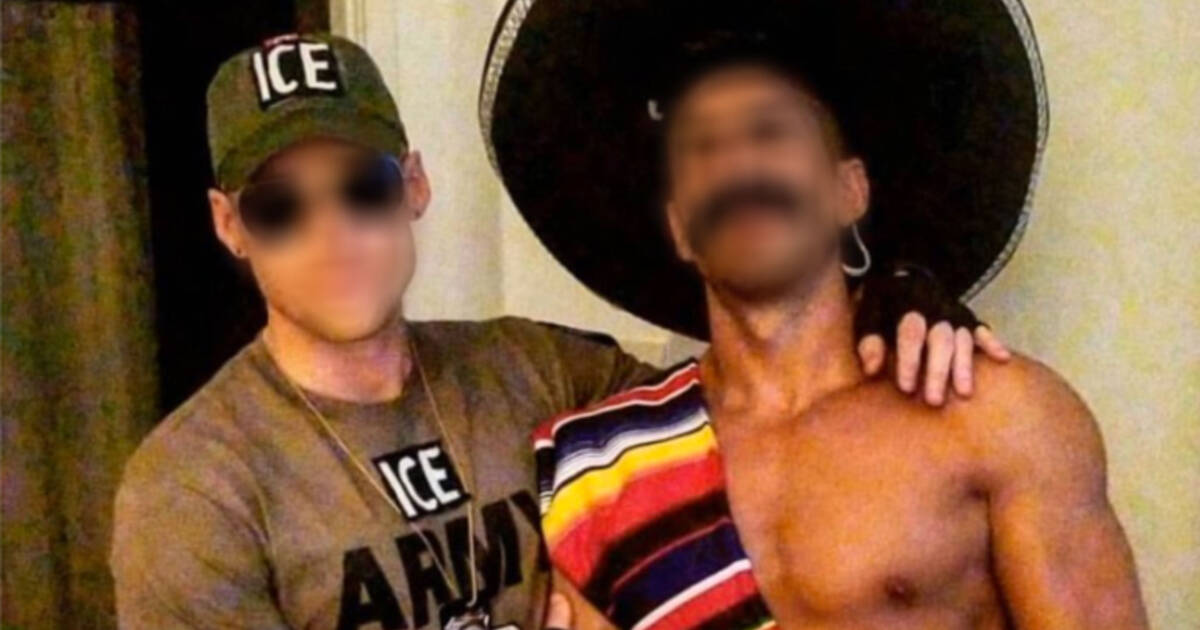 Canada often likes to think that it's literally and figuratively above all of the bigotry taking place south of the border, but unfortunately, in some ways it's just not.

Take, for example, a couples costume one Toronto man posted on Instagram over the weekend that has been making its rounds on social media.

The fact that this couple is from Toronto..THIS AINT EVEN YOUR RACISM. Don’t culturally appropriate our racism, get your own! LEAVE THIS KIND OF BEHAVIOR TO THOSE WHO DO IT BEST! AMERICAN WHITE GAYS. At least they would’ve carried a baby to separate from him at every party! pic.twitter.com/3tMHnBlVdp

The picture of the costume, which was ostensibly intended to be somehow humorous, shows a man wearing handcuffs and a sombrero, and being held by another man dressed up as a U.S. Immigration and Customs Enforcement agent.

Lol this notion that Canadians aren’t capable of racism needs to end. Its not all rainbows up here

It was pointed out that one of the men in the photo is apparently Hispanic and American, not that either fact changes how crass their stunt was.

The general consensus is that the costume was, obviously, in extremely poor taste.

The user who originally posted the photo was not available for comment at the time of publication.

Him being Hispanic makes it worse and not excusable.

Halloween unfortunately tends to serve as a bad excuse for some people to be culturally appropriative or just plain racist under the guise of a joke, but here's hoping most Torontonians — and people in general — have the common sense to know that a costume like this is never a good take.

by Becky Robertson via blogTO
Posted by Arun Augustin at 12:06 PM