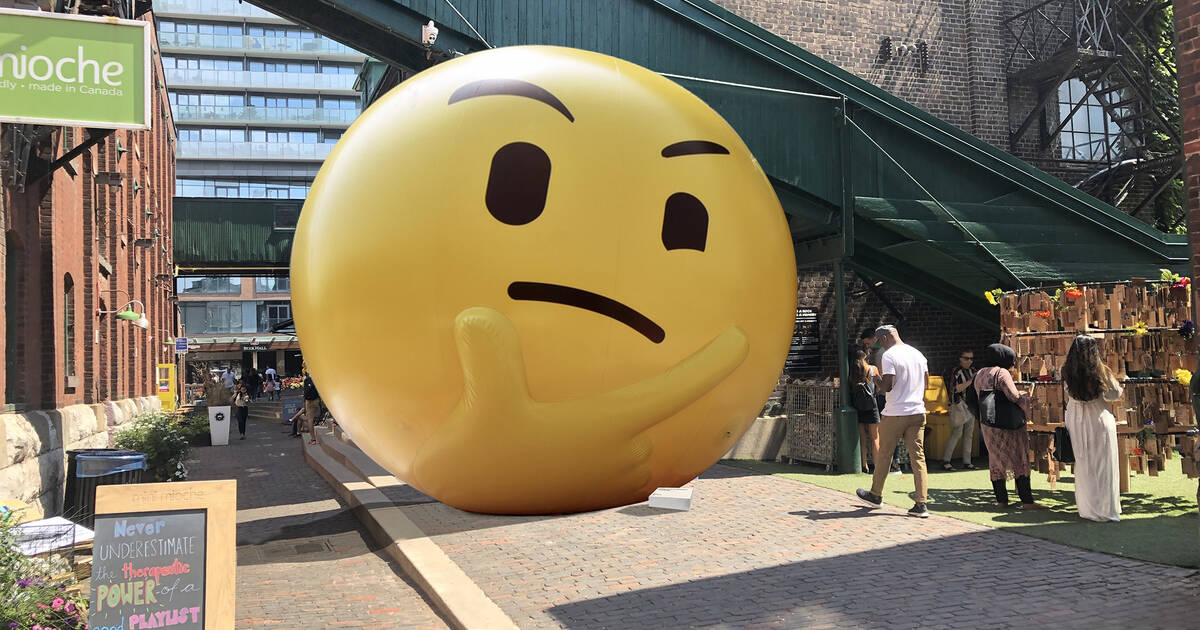 Saturday came early and events in Toronto offer lots of things to do, like taking a visit to the thinking emoji come to life or watching people stuff their face with poutine. You can get made-for-movie clothing and there's a new dance party in town.

Smoke’s Poutinerie World Poutine Eating Championship (October 19 @ Yonge-Dundas Square)
It's an all-day block party as Smoke's brings the poutine-eating champions of the world to the stage amongst a day of music, food, drinks and games.
DJ Pauly D (October 19 @ Rebel)
Things are about to get lit with Jersey Shore's DJ Pauly D taking over the decks to spin the hottest hits late into the night.
Movie Wardrobe Sale (October 19 @ Queen Elizabeth Building)
CAFTCAD is back with this huge sale of used clothing and accessories used in Toronto-based productions and made by on-set designers and crafters.
Hush Hush (October 19 @ Toronto Reference Library)
The library is open late tonight as Hush Hush returns with a night of fun among the stacks, including music, dancing, food and drinks.
Parkdale Flea (October 19 @ Northern Contemporary Gallery)
Local artists and makers are dropping by for this neighbourhood flea with clothing, art, food, lifestyle and health products.
Period. End of Sentence. (October 19 @ Fox Theatre)
The fight to end period poverty is far from over and you can catch a free screening of Netflix's Period. End of Sentence and a talk from special guests.
Dance Mix '94 (October 19 @ Buddies in Bad Times)
Everybody dance now 'cause Buddies is gonna make you sweat at this new queer dance party dedicated to all the hits from the 90s, 2000s and more.
Dundas Record Sale (October 19 @ The Bluebird)
DJs, collectors and friends are all welcome at this big record sale with thousands of vinyl up for grabs from all genres, plus drinks and food specials.
South African Film Festival (October 19-20 @ The TIFF Bell Lightbox)
Features and documentaries that explore the culture, history and politics of South Africa are on at this festival in support of Education without Borders.
Thinking Emoji (October 19-26 @ Multiple Venues)
A larger-than-life thinking emoji is popping up in the Distillery District, Yorkville Village and outside the MOCA as part of the exhibition Age of You.