Elton John actually showed up to his Toronto pop-up 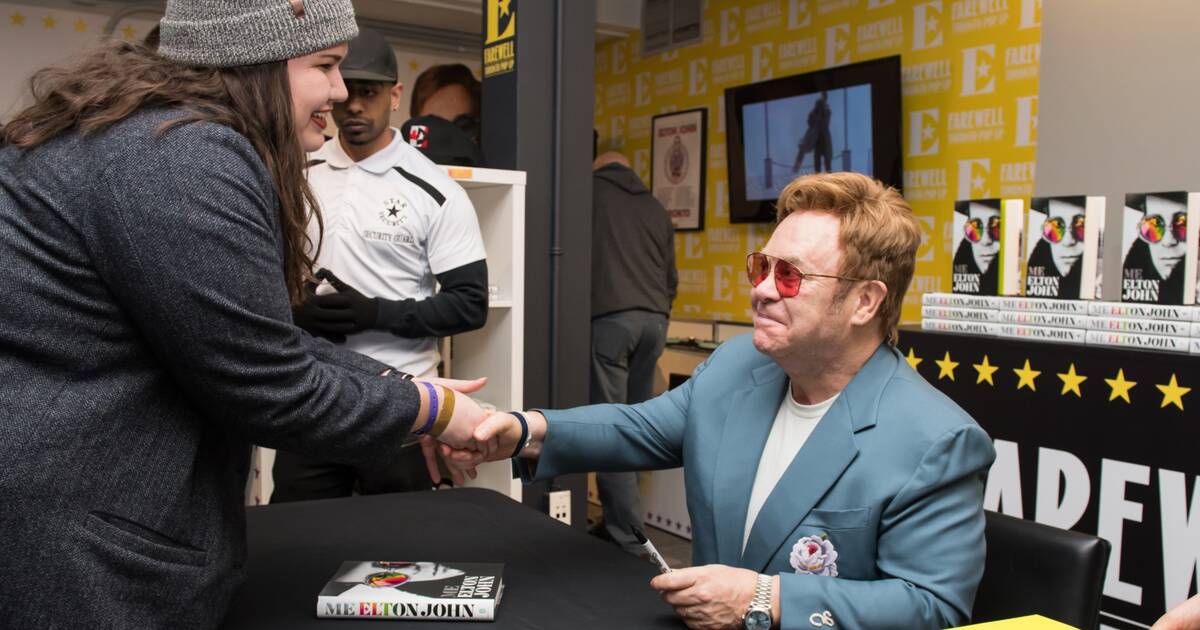 It turns out music superstar Elton John wasn't just cruising by when he waved at fans from a car outside his pop-up shop in Toronto yesterday.

In fact, John actually went inside and greeted fans for real.

The pop-up shop at 277 Queen St. West opened its doors yesterday and was immediately met with hoards of fans willing to line up for hours on end.

The shop is in celebration of his three-year-long final world tour as well as the release of his official autobiography, Me.

The first 100 fans in line for the pop-up's opening each received a free copy of the autobiography, and John was there to physically sign copies for the first 20 (and incredibly lucky) fans.

The store, which is open from 10 a.m. to 8 p.m. Tuesday through Saturday, also features Toronto-exclusive merch and collaborations, as well as daily in-store contests.

Toronto, your #EltonFarewellTour pop-up store is now OPEN! 🇨🇦🍁 Come visit 277 Queen Street West for exclusive merch + get your copy of the #EltonJohnBook.

Back in September, John graced Toronto with two sold-out shows and they were named the best-selling fall concerts in Toronto by StubHub.

This week he'll return to Scotiabank Arena to play two more shows on October 23 and 24 as a part of the Farewell Yellow Brick Road Tour.

And though any remaining tickets are sure to cost you an arm and a leg, it may very well be worth it to catch the legend in action one last time.

by Mira Miller via blogTO
Posted by Arun Augustin at 10:30 AM