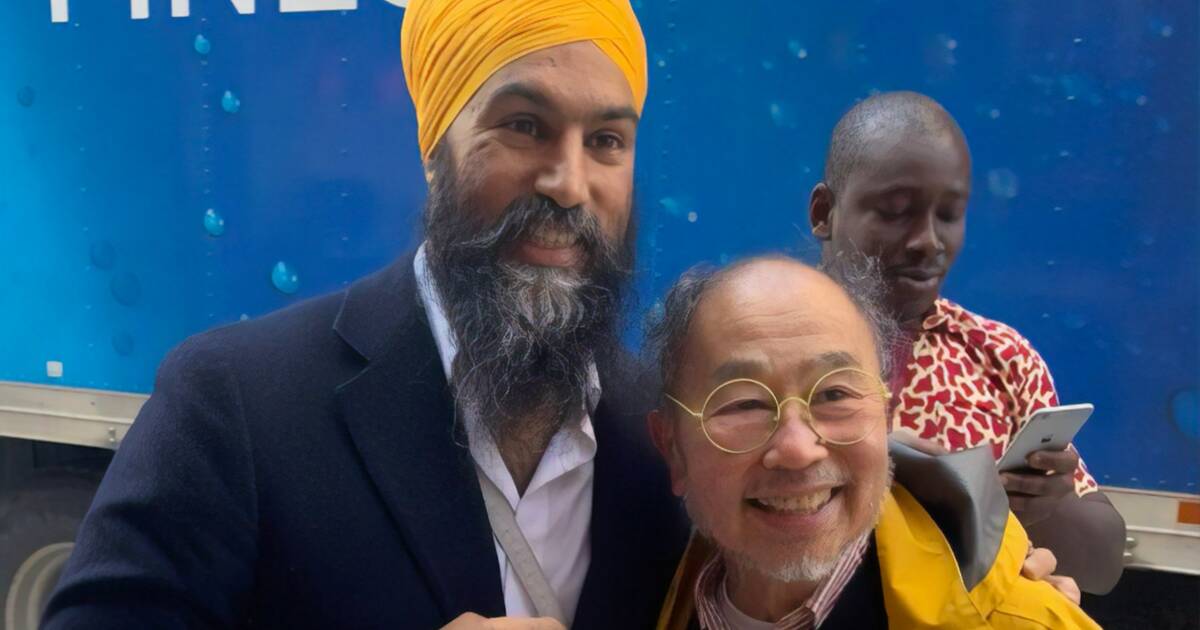 Jagmeet Singh has gotten quite a bit of attention from celebrities in recent days, including an Instagram follow (and unfollow) from Drake and Rihanna.

But today Singh got some recognition from a more local Toronto celeb: Uncle Tetsu himself.

The creator of Toronto's favourite Japanese cheesecake posed for a photo with the leader of the NDP, and Singh tweeted it out saying "He gave me one of his cheesecakes. So I’m feeling pretty good right now."

I just met Uncle Tetsu - like THE Uncle Tetsu - in Toronto. He gave me one of his cheesecakes. So I’m feeling pretty good right now. pic.twitter.com/miEUFxyXau

Twitter users got quite the kick out of seeing the politician and the cheesecake mogul together, and some couldn't believe how much the real Uncle Tetsu looks like the cartoon on the bags.

But while some focused on the resemblance, others said they didn't even know Uncle Tetsu was a real person.

HE'S A REAL PERSON AND NOT JUST A MASCOT?

Some NDP supporters said they simply couldn't decide who was luckier to have a photo with the other.

I don’t know who is luckier!!!

But while not everyone agrees on who should be the next Prime Minister of Canada, it seems everyone can agree on the quality of Uncle Tetsu's famous Japanese cheesecake.

by Mira Miller via blogTO
Posted by Arun Augustin at 2:31 PM