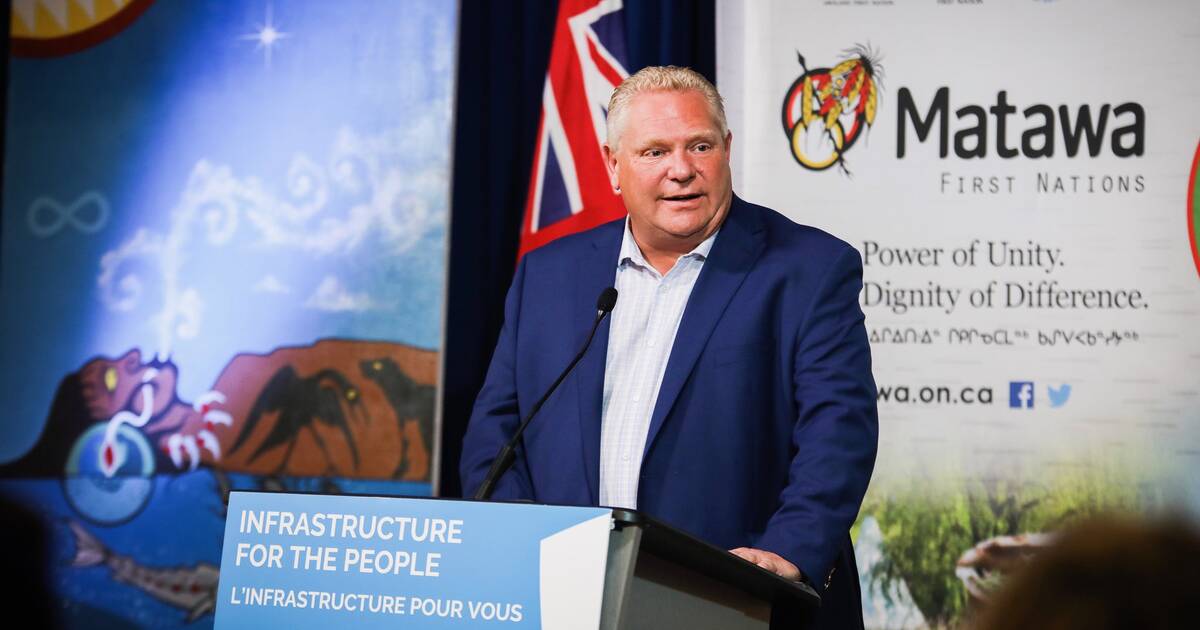 The Liberals took a beating during this federal election, but the party managed to win the election anyway, largely in part apparently to the 'Doug Ford factor.'

As much as Conservative Party leader Andrew Scheer tried to distance himself from the Ontario premier on this year's campaign trail, a study shows that Ford managed to do a number on the party's popularity province-wide anyway.

The federal election result in Ontario is a clear rejection of Doug Ford and Ontario Conservatives.

Justin Trudeau captured a minority government last night, and they couldn't have done it without voters living squarely in Ford Nation, and plenty of Ford jabs throughout the campaign.

According to Vote Compass, a civic engagement app distributed through the CBC, 51 percent of more than 24,000 Ontario residents who participated between Oct 11 and Oct 15 said they were much less likely to vote Conservative this election thanks to Doug Ford's policies.

BREAKING: Witnesses in Ontario report seeing a large, lumpy figure wondering around aimlessly in the woods. They thought it could be Sasquatch. After further investigation it was discovered it was just Doug Ford coming out from hiding. #cdnpoli #cdnelxn2019

That was pretty evident throughout the GTA, which was a crucial area for both parties. Scheer ended up coming up short in a sea of red that swept through the 905, where the Liberals won an overwhelming number of seats, including every single seat in Toronto.

Following several unpopular cuts to public health, education, childcare, and autism programs (among others), it's not news that the province has been displeased with Ford in the months leading up to the election (the big booing he got at the Raptors championship parade says it all).

This morning when they finally let Doug Ford out. #ONpoli #elxn43 #cdnpoli pic.twitter.com/vRNbC4B64R

Ontario's premier has essentially been in hiding (or forced isolation, who knows) at the behest of the Conservative Party, who made it all but evident that they considered Ford a liability throughout the campaign.

Trudeau's strategy to hone in on the premier multiple times during election debates ended up being a fruitful move, and Scheer barely mentioned him at all during the election, shirking Ford for Alberta premier Jason Kenney while campaigning in Ontario.

It’s basically a big F U to Doug Ford. Ford literally cost Scheer the election. The only good thing Ford ever did.

A nationwide survey conducted by the Angus Reid Institute and Postmedia predicted as much last month, too, with polls that predicted the Doug Ford factor would have its way in Ontario.

by Tanya Mok via blogTO
Posted by Arun Augustin at 8:14 AM