Someone is posting anti-immigration posters all over a Toronto neighbourhood 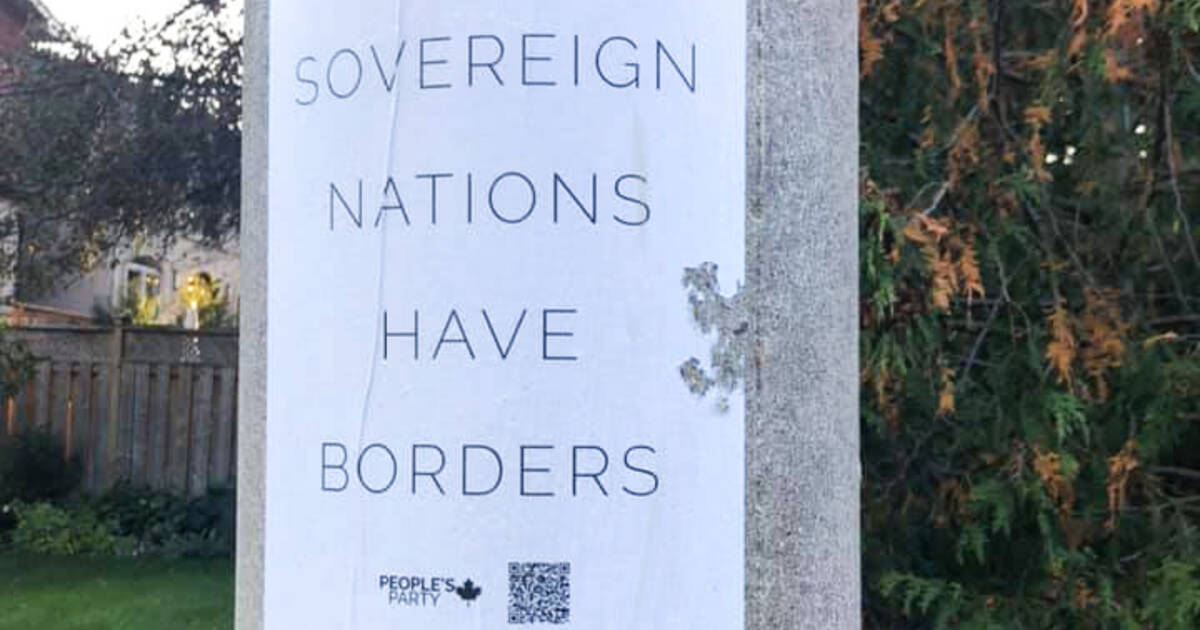 With the 2019 Canadian federal election now less than one week away, supporters for all major parties are taking to the streets in an attempt to solicit votes.

Someone recently did this for the People's Party of Canada (PPC) by gluing paper signs to dozens of posts around Toronto's Leaside neighbourhood.

The posters read simply: "Sovereign nations have borders." Beneath these words is a PPC logo and QR code.

"Seriously? Is this even allowed?" wrote Leaside community member Marit Skuterud on Facebook this weekend with a photo of one poster.

"That poster is glued to dozens of posts in North Leaside. I hope whoever put them up is going out with a scrub brush to remove them after the election." 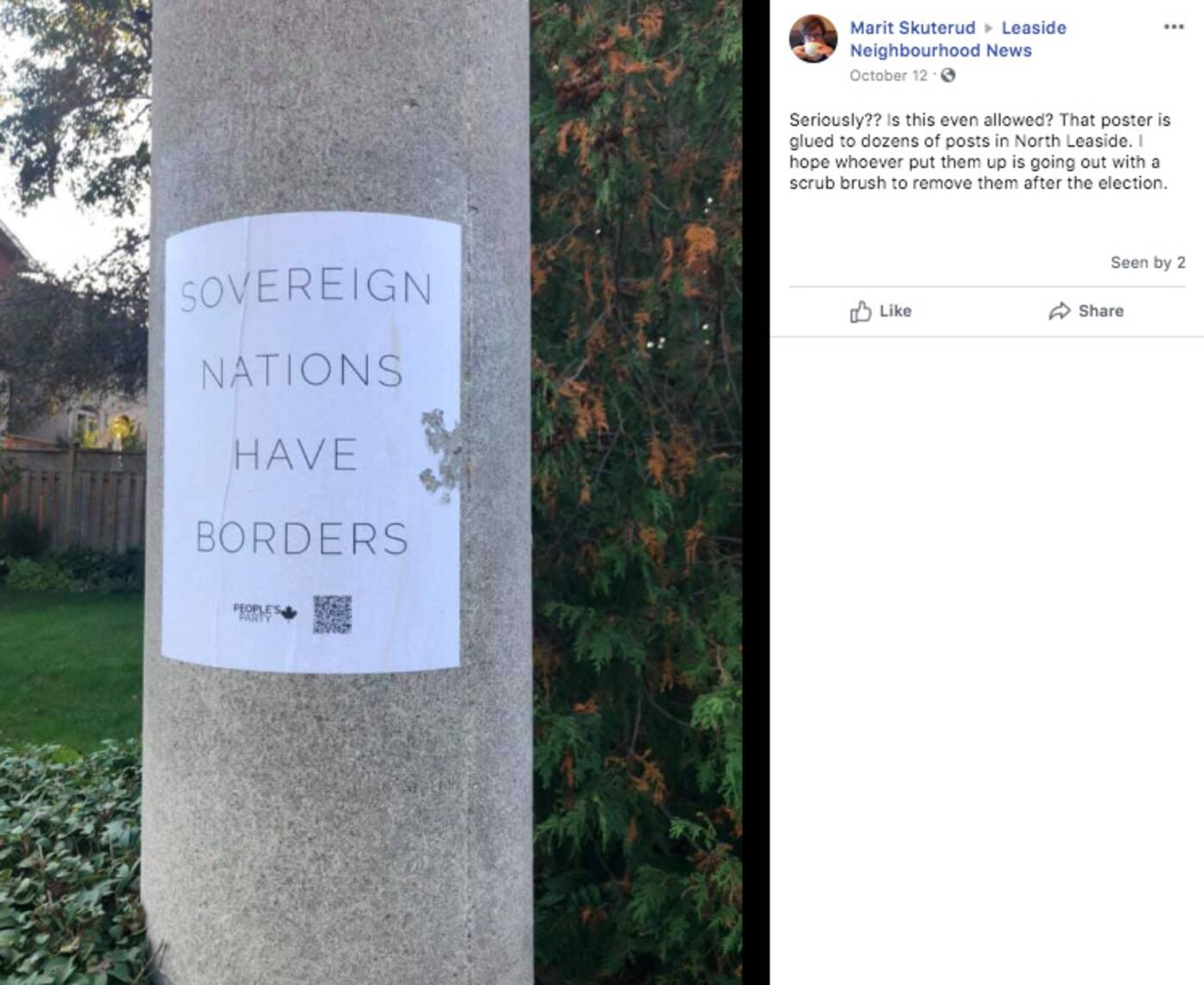 Screenshot of a printed PPC poster on a pole in Toronto via Leaside Neighbourhood News on Facebook.

"Sovereign nations have borders" is a refrain attributed to former U.S. Attorney General Jeff Sessions, who resigned from his post in 2018 after less than two years on the job at President Donald Trump's request.

Sessions, a staunch opponent of illegal immigration, is quoted on ultra-conservative websites such as InfoWars and Breitbart as saying this phrase during discussions about U.S. border security in 2017.

It has since been echoed often by alt-right Twitter users and, more recently, by supporters of former Conservative MP and current PPC leader Maxime Bernier.

“Sovereign Nations Have Borders”: Great poster to print out and put up at your campus or neighbourhood, especially with the election coming up 🇨🇦 #ppc pic.twitter.com/2dDNGKIVma

Bernier's brand new fringe party has been criticized by many for its policies, which include accepting fewer resettled refugees, making birth tourism illegal and limiting the number of immigrants accepted under Canada's family reunification program.

In August, Toronto residents succesfully petitioned a local advertising firm to take down billboards with Bernier's face on them.

The ads, which stated "Say NO to mass immigration," were paid for by a third party with no link to the PPC, according to Bernier. They were panned as xenophobic and hateful.

Still, with hundreds of candidates running in Canada's 338 federal ridings, the PPC has managed to establish itself as a major federal party in less than a year of existence.

This fact has proven unsettling to those who disagree with Bernier's policies.

The posters spotted in Leaside this weekend have been seen elsewhere around the city, according to reports from residents via social media.

Someone noted in early September that the same flyers had been posted along Bloor Street West between Jane Street and Runnymede Road.

"The PPC poster's font looks eerily similar to the 'It's okay to be white' posters, which were most recently reported in High Park earlier this summer," they wrote.

Canada's 43rd general election is scheduled to take place next Monday, October 21. You can learn more about how to vote right here.

by Lauren O'Neil via blogTO
Posted by Arun Augustin at 9:06 AM