The most common services at ServiceOntario are finally being moved online 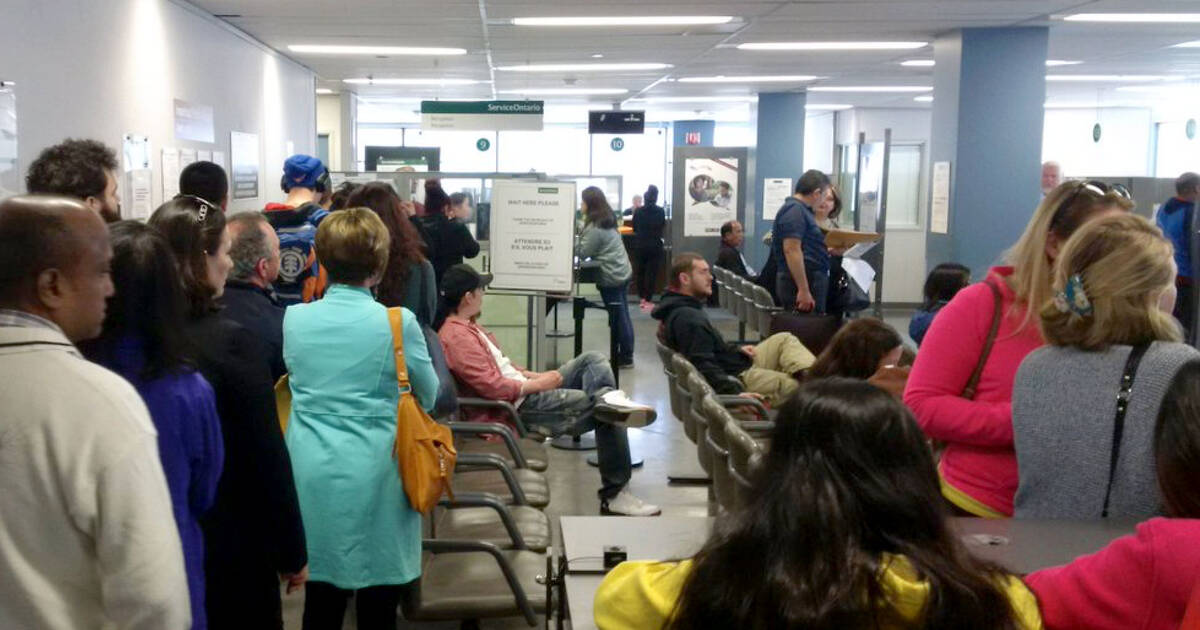 Though as Canadians, we never have to worry about facing the dreaded DMV, the Ontario equivalent isn't known to be much better.

Thankfully, ServiceOntario has finally decided to acknowledge that we're in the 21st century, and is moving its 10 most popular services — including license plate sticker purchases, as well as health card and driver's license renewals — online.

Being in line at @ServiceOntario brings out the worst in people, I swear. Kudos to the people that work here every day, dealing with grumpy people.

The transition is not only to make our lives easier, but also to save the provincial government some money and offset a multi-billion dollar deficit.

There are also plans to revamp the way Ontario purchases products in bulk to save more than $1-billion per year, and to cull the number of government office spaces.

Good move. Most of us do so many things on line now. And I’m happier NOT having to line up somewhere.

This means potential changes to not only ServiceOntario locations, but also property owned by school boards, post-secondary institutions, and hospitals across the province.

Just renewed my Driver's license and Health Card online. Was very quick, easy and simple. Gotta give the government props for this - they probably so rarely get any from us self-entitled, self-centred plebe's. Great job @ServiceOntario!!!

The announcement f0llows news of a number of controversial cuts across the province.

There is no timeline for when Ontarians can expect to see the changes in services, but hopefully, as Green party Leader Mike Schreiner told the Canadian Press in a statement, "smarter" services won't equate to fewer services.

by Becky Robertson via blogTO
Posted by Arun Augustin at 8:02 AM