The Toronto Raptors get their championship rings and they're ridiculously huge 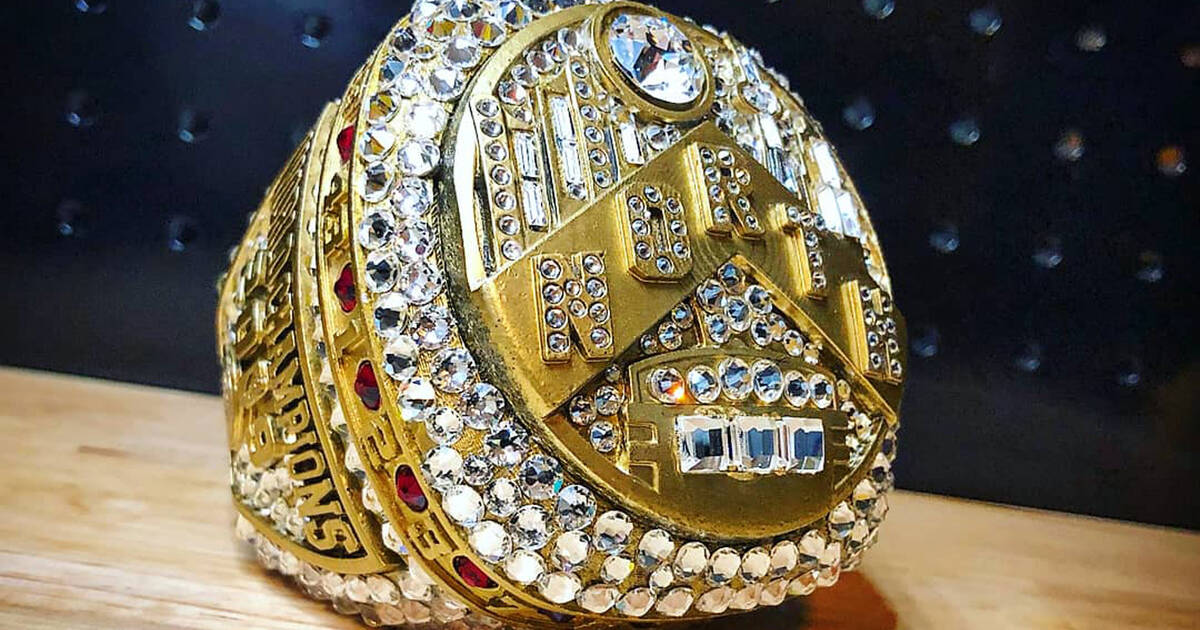 It's official: Toronto is  now home to largest championship ring to ever grace the NBA.

The Toronto Raptors received their championship rings last night before their season opener game against the New Orleans Pelicans. To pujt it lightly, they're frickin' huge.

The ceremony was one to remember: the Larry O'Brien was in full view, the banners unfurled, Ibaka cried a little, and the team was presented with their very,  very shiny rings.

With more than 640 diamonds and 16 rubies each, the Kyle Lowry- and Baron-designed bling features the word North on it, along with each player's name and their jersey number on the side.

#RT @NBA: “Doing it for you” ❤️@pskills43 details the @Raptors championship ring with a special message on the inside. #WeTheNorth pic.twitter.com/UGyUqXE0qn

Then there's the 1.25-carat diamond that sits on the ring face, which represents the Larry O'Brien Trophy.

Oh yes, and let's not forget the shiny representations of the Toronto skyline, CN Tower and Scotiabank Arena included.

"My hand hurt, it's a little heavy. I have to start lifting some more weights ..."

—Fred VanVleet on his championship ring 😆 (via Raptors)pic.twitter.com/2s5DMndf7k

The ring is so heavy, Fred VanVleet said he needed to start lifting some weights.

The Raptor's New Ring in ALL of its Glory!! pic.twitter.com/A2a1E5qsKA

It wasn't just the Raptors, everyone got a piece of the action.

“ ‘Cause I got a really big team
And they need some really big rings”... I think this is what @drake meant! @raptors pic.twitter.com/S3PKSnrPKY

Every attendee in the crowd got a replica version of the championship ring. And so did Drake, who got not one real ring but another custom version with a Raptor on it.

by Tanya Mok via blogTO
Posted by Arun Augustin at 6:34 AM