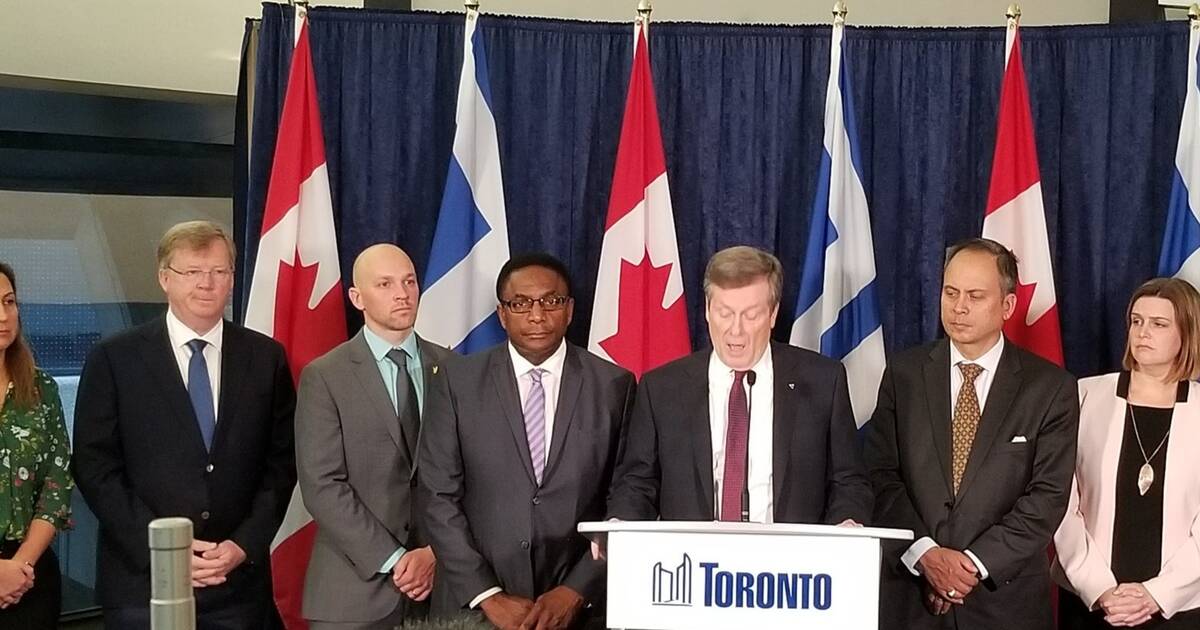 It's a big day for transit news in the city of Toronto.

The city and the province were previously on opposite sides when it came to Toronto transit, as Ford's original plan included the province taking over the TTC subway system.

He's now altered that plan, and the city has agreed to support the Ontario Line in return.

The new agreement would allow Toronto to maintain ownership of the current subway network and the TTC would continue to operate the entire transit network. The difference, however, is that the province would fund and build new transit expansion projects.

A report was released by the city this morning outlining details for the plan — as well as the lack thereof — and one major point is the amount of money the plan would free up to fund other projects. Most notably, there would now be funding for the Eglinton East LRT and Waterfront transit.

If approved by city council, the project secures an almost $30-billion investment in new transit for Toronto, saving the city a heck of a lot of money.

On top of new funding from the province, money Toronto has already invested in planning the Relief Line and the Scarborough subway — and staff costs incurred in building out the new lines — will be reimbursed to the city.

This will leave more than $5 billion of city funding to go toward state of good repair for the existing transit system and to build other priority projects like the Eglinton East LRT and Waterfront Transit lines.

This morning, Mayor @johntory announced an agreement with the province that will free up $5 billion for state of good repair work and keep the TTC in the City's hands. This was achieved by being at the table and we will continue to do so to advocate for our communities. pic.twitter.com/Afu4zZa7BR

Both the Eglinton East LRT and Waterfront Transit lines were approved by city council what feels like forever ago, but neither project has received enough funding to actually go ahead.

Back in 2018, Tory promised residents of Scarborough that the long-awaited Eglinton East Light Rail Transit line, which would run from Kennedy Station along Eglinton Ave. to Malvern Town Centre, would advance.

But alas, a lack of funding forced Tory to break his promise.

The Waterfront Line is a similar story. An ambitious plan to improve transit along the lakeshore from Woodbine all the way to Long Branch was approved by city council almost two years ago, yet a lack of funding left the project at a standstill.

It remains to be seen exactly how much of the newfound money will be allocated to state of good repair and how much for each transit line, but the good news is the lines are closer than ever to finally being a reality.

"The City for its part, will be able to spend the more than $5 billion it had previously budgeted for transit expansion, toward urgently needed state of good repair, and to push ahead with other lines in our council-approved transit network plan not currently funded, such as the Eglinton East LRT and Waterfront transit," Tory said in a statement.

by Mira Miller via blogTO
Posted by Arun Augustin at 9:46 AM