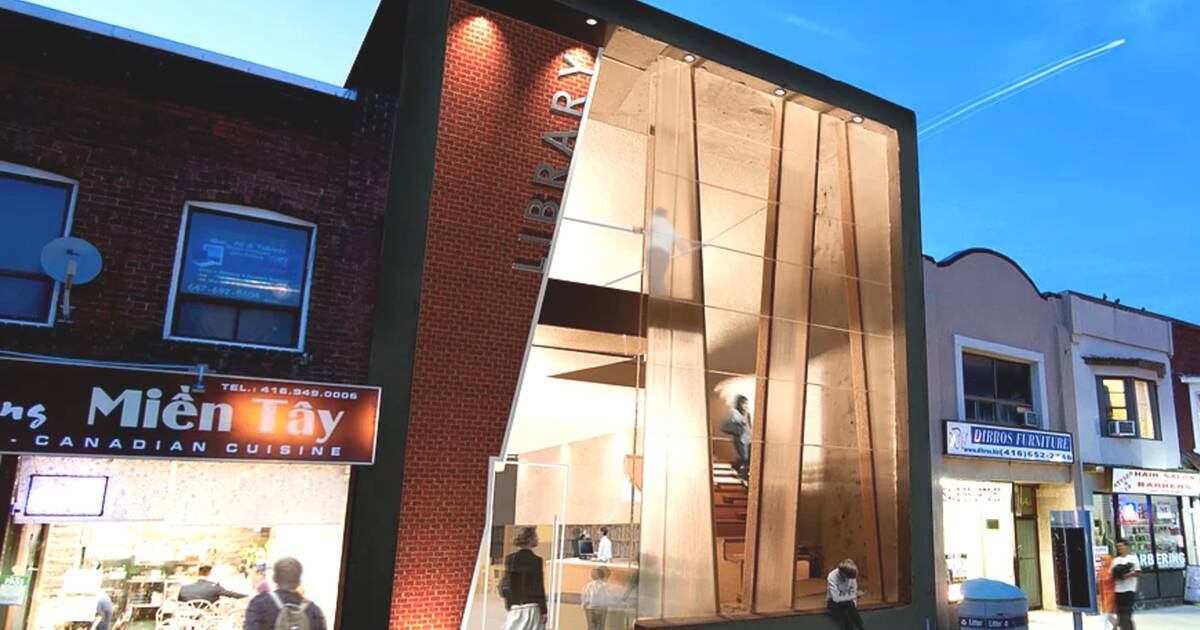 A newly-renovated branch of the Toronto Public Library just reopened at 1748 St. Clair Ave. West, and it's definitely a book lover's dream.

The St. Clair/Silverthorn Library is a two-storey, 5,200 sq. ft. TPL branch that was completely renovated and redone.

The branch was previously housed in a derelict brick building constructed in the 1920s, which has since been demolished to make way for this new and improved library.

It was entirely reconstructed and expanded in order to revitalize all public service areas, including a redesign of the current floor layout to provide improved barrier-free access to the second floor, zoned areas for adults, teens and children, and the incorporation of customer service improvements and efficient staff spaces.

A barrier-free washroom was also added, and the library building facade and the streetscape have both been improved.

Nothing better than a new library! Small and perfect @torontolibrary St. Clair/Silverthorn branch re-opened today. Got to pop in for a quick visit on the way home. pic.twitter.com/fXYZPkqUIv

The look of the building has been modernized and updated, with a mix of glass panels and brick covering the front facade.

The red bricks used on the facade are actually those from the original building, and they were salvaged and incorporated as a sustainable strategy as well as to preserve some of the building's history.

The branch officially reopened to the public yesterday, and opening celebrations will take place on Saturday, November 2 at 11:00 a.m.

On November 2 at 11AM, join me for the Grand Re-Opening of the St Clair/Silverthorn Library! This will be a great event featuring local musicians, food and more! pic.twitter.com/xjyprDkND7

The newly-built library was designed by G. Bruce Stratton Architects and the project cost $3.3 million in total.

by Mira Miller via blogTO
Posted by Arun Augustin at 11:07 AM