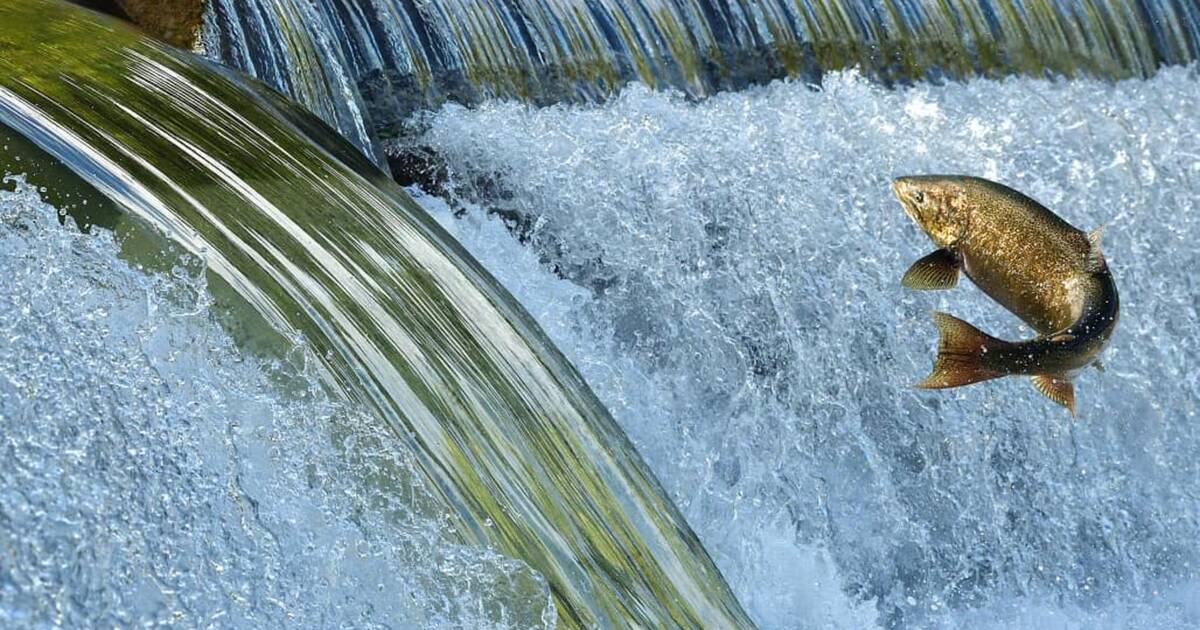 It's mid-October in Toronto, and that means the salmon run is officially underway.

That's right. Every year, from early September to November when temperatures start to cool down, the massive, sometimes 50-pound fish begin their migration from Lake Ontario through Toronto's rivers to the spawning grounds.

The salmon run usually lasts about a month, and nature-lovers gather en-masse every year to witness the wonder that is a giant fish jumping through a waterfall.

One of the most popular spots to catch a glimpse of the fish is Etienne Brule Park near Old Mill Inn. In this particular spot, the fish have to make a major jump where the park runs alongside Humber River, which offers quite the show.

The swimming salmon can also be seen in The Don River from the Lower Don Trail, The Rouge River from Glen Rouge Campground, in The Credit River from Erindale Park, and more.

Did you know it is peak salmon migration season through #Toronto’s rivers?

If you want a glance at Chinook salmon, head to one of the city’s major rivers over the next few weeks. pic.twitter.com/EqrIl0yQOQ

If you're looking for some help spotting the fish, the Toronto Region Conservation Authority holds an annual Highland Creek Salmon Festival at Morningside Park, where you can catch a great glimpse during a guided nature hike.

During the salmon run, it's not unusual for spectators to actually cheer for the salmon — as some of them have a little trouble clearing their jumps.

The majority of the fish swimming through Toronto's waterways are Chinook salmon  — the largest of the Pacific salmon species — but you can also spot Coho and Atlantic salmon as well as various species of trout.

Unfortunately, the jumping fish won't be around for much longer, as salmon often die after spawning. But it's worth it to head outside the city to catch a glimpse of their very last trek before winter sets in.

by Mira Miller via blogTO
Posted by Arun Augustin at 6:08 AM