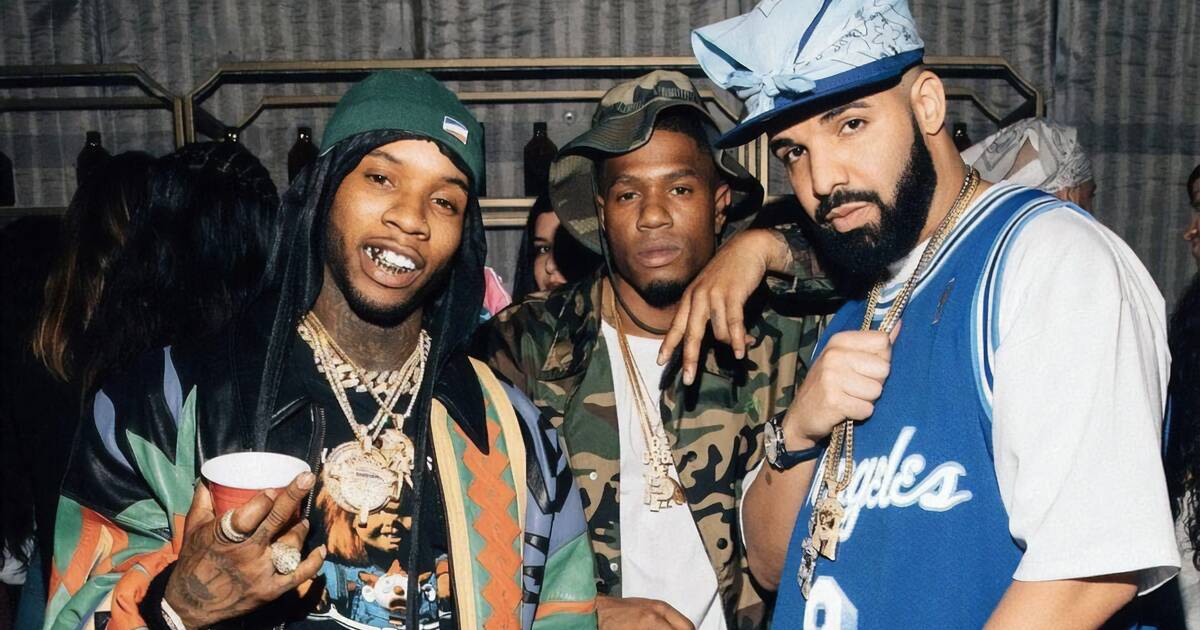 Today in things people are mad about (or at least somewhat mortified by) is a decidedly out-of-touch Canadian Press piece about the proliferation of Toronto slang.

The article in question, republished by the CBC, CP24 and CityNews, among other outlets early this week, looks at a study being conducted by University of Toronto Mississauga assistant professor Derek Denis.

Denis has "been studying Toronto's vocabulary and the way the city's ethnic diversity sets its lexicon apart" for two years, according to the Canadian Press.

"Phrases like 'mans' and 'waste yute' have been around for years, but Denis said Toronto's growing pop culture profile means the city's local lingo is being adopted by Torontonians of all stripes," reads the piece, which asserts that Drake has played a major role in the growth of local lingo.

*Black people*...give credit where it's due - thanks management
Toronto slang on the rise thanks to city's growing pop culture relevance https://t.co/wQstgKJzRi

The story highlights phrases with different geographic origins, such as Wallahi (Arabic), bucktee (Somali) and nize it (Patois), boasting that "Toronto's lexicon is noteworthy in large part because of its unmatched diversity."

While Patois is mentioned several times throughout the story, the country of its origin, Jamaica, is not.

The closest the story's author comes to attributing the black community for creating and popularizing much of the slang Toronto is known for is a mention of the city's similarity to London, England, "where slang has also been shaped by Caribbean influences."

This is not 'Toronto slang,' it's Jamaican Patois and appropriation of Black culture. This is cursed.

Twitter is decidedly unimpressed by the story's failure to mention black culture, at all, and by its suggestion that Drake is responsible for popularizing the words many people around the world have been using for decades.

And using Drake as the image to " represent" it is halarious 🤣🤣🤣 genuinely. Not salty at all. Interesting seeing the culture shift over my life.

"Toronto slang does not come from pop culture," wrote one Twitter user in response to CBC Toronto's tweet promoting their version of the piece.

"Do not omit that slang comes from the communities people despise and talk down on while their children beg to be apart of it. Black, urban communities."

"Those stating that is not what it said are naive. Toronto slang has numerous influences. All black," the user continued. "To mention Somali communities is doing the bare minimum while the rest of the article gives credit to Drake and pop. Give credit to black and urban communities alone."

We gotta get w*llahi outta that checklist RIGHT NOW https://t.co/bsYLKszS83

Denis himself has been responding to criticism on Twitter, highlighting points made by critics of the article (which he himself did not write.)

"What I wasn't clear about in the interview is the shame is rooted in raciolinguistic ideologies. 'Toronto Slang' is deeply connected to Blackness and in settler colonial Canada the prevalent racial ideology links Blackness to something bad," he wrote while retweeting a screenshot by Toronto writer Sharine Taylor on Tuesday.

"Everyone who reads the article should be reading @sharrine's criticism."

I care about who gets to be at the helm of discussing Black cultural production in the city because it’s not fucking fair that our ways of living, knowing and communicating are only a point of conversation for agendas other than allowing people to see how they texture our lives.

Taylor's criticism comes in the form of several poignant and widely-shared Twitter threads.

"I think we need to start being more mindful of the language we use surrounding languages/slang/dialects that have been employed by Black people (esp. of a particular class) forever," starts one.

"When we say a 'rise' of Toronto slang, to whose consciousness are we speaking to?"

You should absolutely get roasted (self-awareness about poor copy is 🔑, I guess). Also wondering why this was framed as something that is “on the rise” as if Black people in Toronto (who you’ve danced around naming) have been left out of this conversation. https://t.co/6njNLdMVB3

Taylor is one of many critics calling for higher standards in the Canadian media industry, especially in light of how the Canadian Press story's author has been responding (or rather, not responding) to criticism.

"When there is only 1 Black writer/producer/editor in these newsrooms who will hold people accountable for their lack of cultural respect/awareness ... it's exhausting," wrote one Toronto-based journalist in reply to one of Taylor's tweets.

"Quite frankly, I don't give a fuck about any writer who ain't Somali or Jamaican writing about the break down and history of Toronto's slang," wrote another. "Lest of all not from a non Black person of colour and most especially not from a white person."

"Toronto/Canada treats Black people and our culture like a case study from the outside looking in when y'all can just ask us?" wrote yet another critic of the CP article.

by Lauren O'Neil via blogTO
Posted by Arun Augustin at 4:41 PM