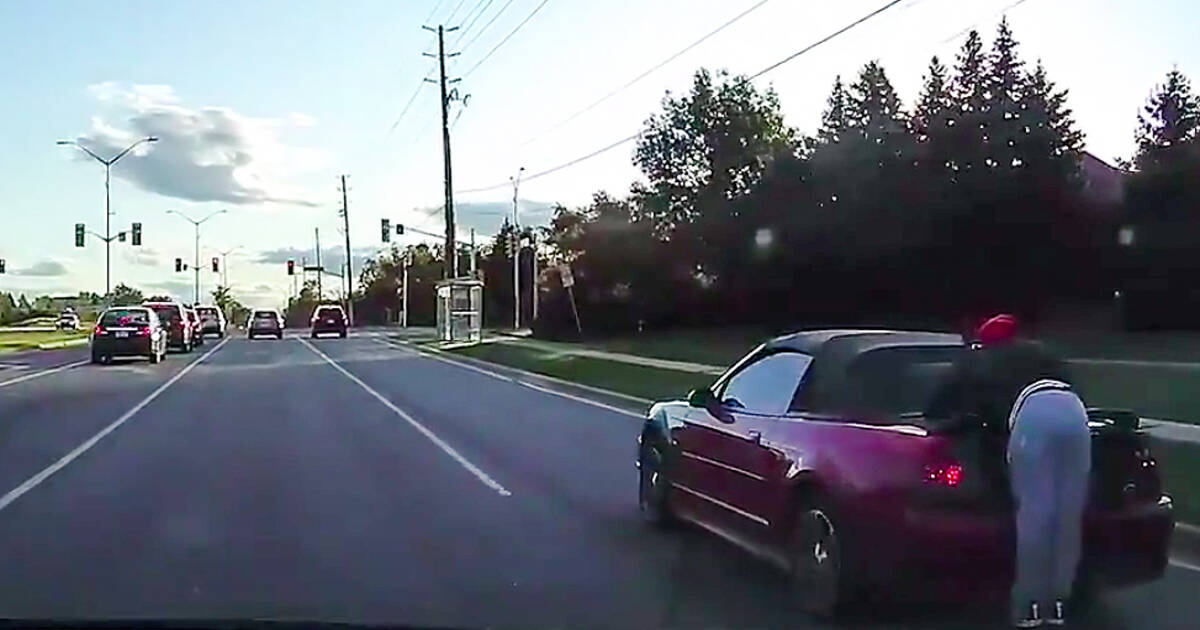 Police in Halton Region are searching for the driver of a car who let someone ride on their vehicle's back bumper in an incident that has since been panned widley as both "dangerous" and "stupid."

"On occasion, you've asked us what would warrant a dangerous driving charge," wrote Halton Police on Twitter Thursday morning. "Pretty sure this would make the grade."

Video footage attached to the tweet shows a car speeding down Upper Middle Road in Oakville, just of off Toronto's QEW highway.

On the back of a car, someone in gray sweatpants can be seen holding on for dear life (literally) with their feet dangling beneath them.

On occasion, you've asked us what would warrant a dangerous driving charge.

Pretty sure this would make the grade. 🤨

It is unclear why the person was on the back of the car, but the vehicle was defintel moving fast enough to have tossed them off and killed them with a harsh enough swerve.

Halton Police are looking to speak with anyone who might recognize the car, as they'd very much "like to chat with the driver."

If caught and convicted, the driver could face significant fines, jail time, a mandatory one-year license suspension and a criminal record for life under Canada's dangerous driving laws.

Not to be confused with careless driving — a provincial offence that carries fines of up to $2,000 — dangerous driving is a federal criminal offence which could land someone up to 10 years in prison.

Not exactly worth a weird joyride on the back of a sedan.