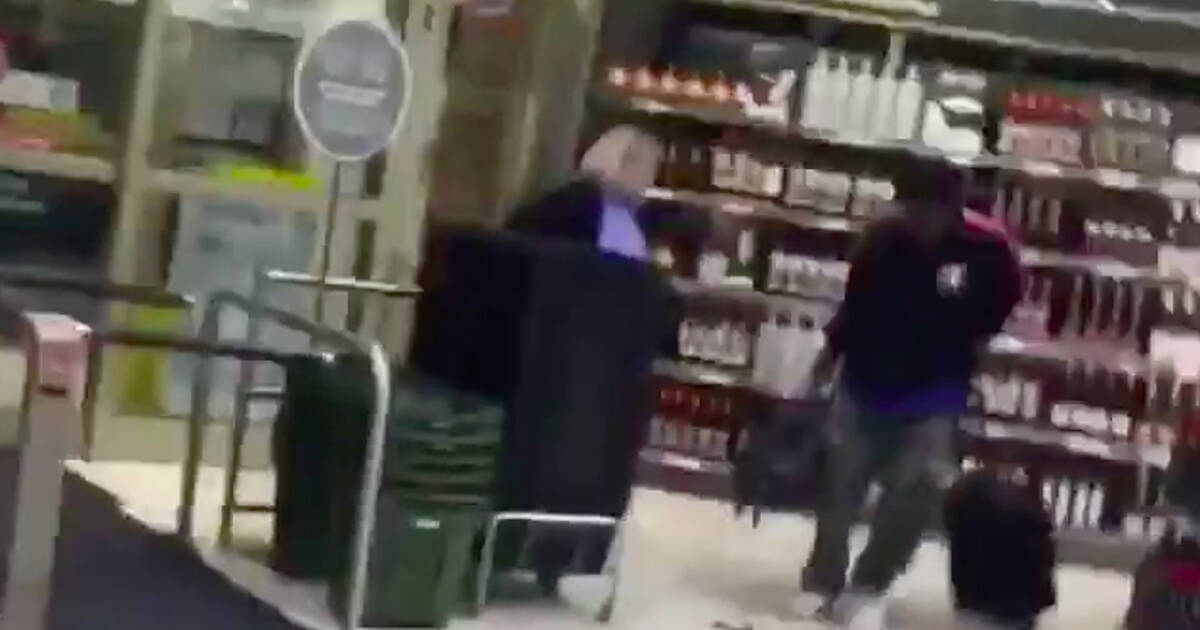 Posted to a private Instagram account on Thursday night, the clip starts with a man carrying at least two duffel bags dropping multiple bottles of liquor on the ground at an LCBO in Oakville.

Glass can be heard breaking before he heads out the door with seeming impunity.

Unable to interfere on account of the LCBO's own rules, a visibly annoyed employee can be seen standing near the exit making sarcastic quips such as "you're on top of the world," "good for you," "thank you SO much," and "share it with your mom and dad... and your grandparents too!"

Moments after the first man leaves, a loud crash can be heard as another man emerges with a full backpack and rolling suitcase.

"We got you on video guys... you're going to be on YouTube tonight!" shouts another employee. "Sleep well tonight, assholes."

Thieves were caught on camera stealing from a LCBO in Oakville - 📹 robertkatavaa https://t.co/f0mYaOn70l #LCBO #Oakville pic.twitter.com/ZYSU6a6QGq

Halton Regional Police are searching for two men in connection with the incident, both believed to be between the ages of 25 and 35. The alleged robbery is said to have taken place around 9 p.m. on Thursday night at an LCBO near Trafalgar Road and Dundas Street East.

This is not the first brazen robbery Toronto has heard about (or seen video footage from, for that matter) over the past year or so.

Liquor thefts have become increasingly common lately as more criminals learn that LCBO employees can't do anything to stop them from stealing whatever they want and walking right out.

With an estimated $77 million worth of alcohol stolen from various LCBO locations in 2018 alone, the situation has become so absurd that employees are petitioning the provincial government to start checking IDs before customers come in.

The corporation did recently hire security guards for "select stores" within the province and promised to roll out "industry-leading" loss-prevention technology, but it's clear that not all stores are getting the protection they require.

"Controls like 75 per cent of the alcohol and still can't afford to hire decent security," commented one person of the LCBO in a version of the video posted to 6ixbuzzTV on Friday.

"These guys have hit a few stores," noted someone else. "Last time I saw them it was the exact same methods and they had a third guy too."

by Lauren O'Neil via blogTO
Posted by Arun Augustin at 3:10 PM