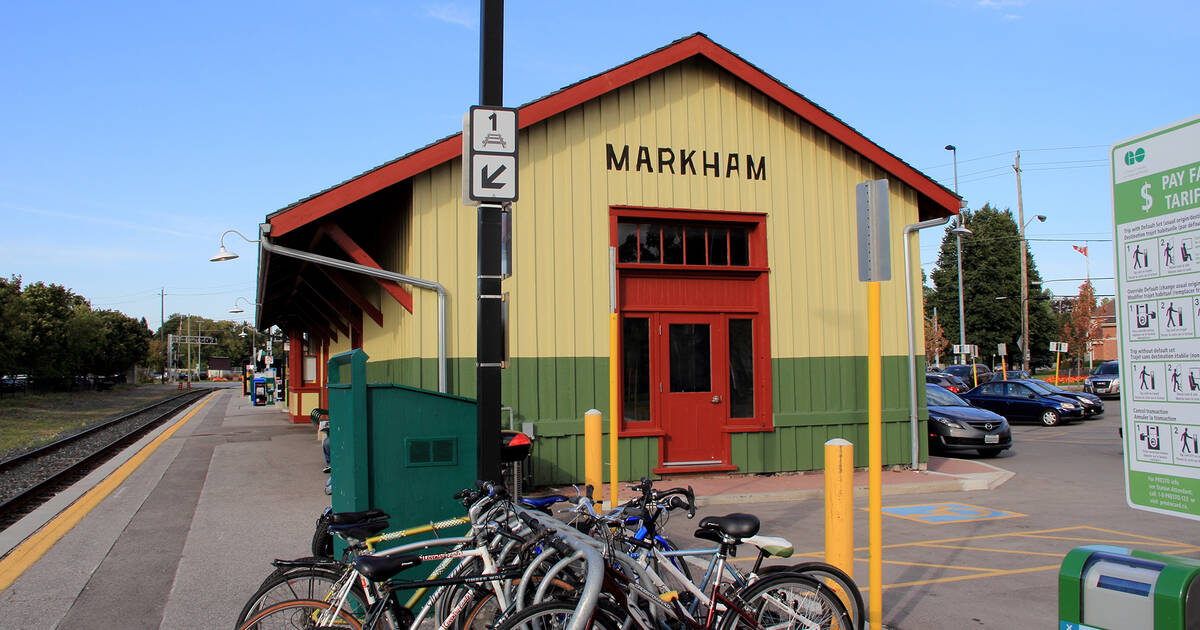 You'd think that prospective homebuyers would be prudent enough to take things like the proximity of train tracks and crossings into account when considering where they'd like to live.

In parts of Markham, though, residents are somehow surprised that living near a train crossing is conducive to the disturbances synonymous with trains — like the loud whistles necessary to ensure public safety.

You know I live approx 400m from the completed Main St Markham crossing, where by design the trains must stop prior to crossing the road to pick up/ disembark riders, and some still blast their horns regardless. Sound travels like you wouldn’t believe.

Residents of the GTA city have been petitioning for four years against what they deem to be excessive train noise, prompting the City to evaluate what changes can be made to appease those living near the Stouffville GO Transit line.

That's what happens when you live next to train tracks & it was prob priced accordingly. A proper solution is being worked on, but it's a safety issue and unless you're prepared to sit through an inquest if someone gets killed by a train with no horns, then calm down.

Thirteen of the city's train crossings have undergone or are currently undergoing infrastructure upgrades (such as the addition of crossing gates, maze barriers and other features), which will mean different safety mandates and a reduction in the number of times trains are required to whistle.

So, you live near a train track. Uh-huh. The whistle is important for safety. End of. 'It's just unbearable': Markham residents blow the whistle on noisy GO train horns | CBC News https://t.co/Tgo0dFD7wx

But, residents are finding that the construction — which began in December 2018 — is progressing too slowly, and the whistling is continuing to disturb their quality of life.

The noise has been particularly bothersome to seniors and children in the area, who would prefer fewer, or at least quieter, train horns.

City of Markham wanted GO Train service improvements delayed because the train whistles are too loud. (They’re working on installing crossing arms so the trains don’t need to whistle at crossings, but it’s taking a while.) https://t.co/xbHnMbfiXo pic.twitter.com/QPR4bwaevZ

Increasing train service to and from the area has also made the problem worsen over the years. And, GO service is slated to continue expanding.

To avoid further upset to his constituents, Markham mayor Frank Scarpitti has asked Metrolinx to halt its plans for increased service in the area until all of the work on the crossings is complete.

Ladies and gentlemen, I give you the best local news clip of the week: pic.twitter.com/OFLS2m1iCM

Though residents will likely just have to live with the noise until the overhauls are finished, at least the issue has provided some good fodder for social media.

by Becky Robertson via blogTO
Posted by Arun Augustin at 12:46 PM