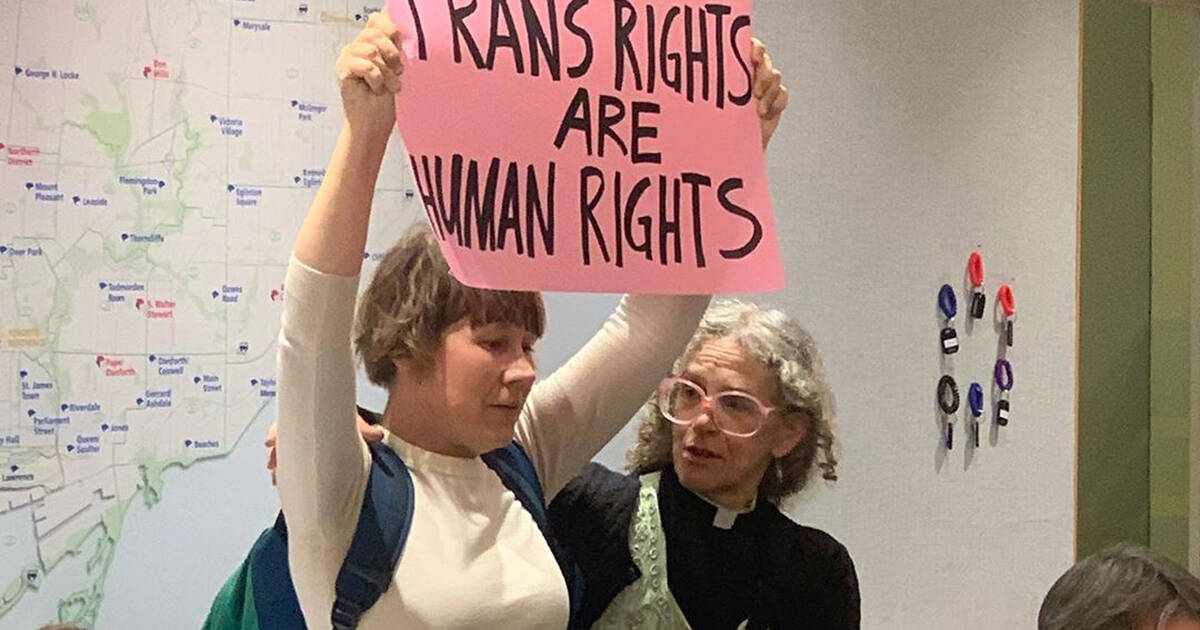 A planned protest outside the Toronto Public Library is shaping up for next week as the TPL continues to come under fire for greenlighting an event featuring a transphobic writer accused of hate speech.

More than 350 Facebook users say they will attend a rally outside the TPL's Palmerston branch on October 29 to protest a talk by Megan Murphy, a trans-exclusionary writer who was banned from Twitter last year for violating the platform's hate speech policy.

demonstration at palmerston library on tuesday october 29th at 6 p.m. in support of trans people and against hate in our public libraries. this is really important, please RT, please show up https://t.co/O2PXfIu3uJ pic.twitter.com/AlcNznMqKy

According to its Facebook page, the goal of the protest, which will run from 6 p.m. to 8 p.m. for the duration of the talks, is to "overflow the space and get the talk cancelled or otherwise make it impossible to hold it."

Despite appeals from Toronto Pride, Mayor John Tory, backlash from local authors, a public meeting, and a 7,000-strong petition to cancel the event, the TPL and City Librarian Vickery Bowles announced that it will move forward with the Radical Feminists Unite-run talk on gender identity.

"We cannot and will not stand idly by while this happens, and we are asking any allies willing and able to stand with us in protest of this event," says the protest's Facebook page.

Toronto Pride will also be hosting a trans rally that same day, marching from Church and Hayden Streets to Allan Gardens, starting at 7 p.m.

"In the last 10 months this community has dealt with Bruce Mcarthur's guilty plea, the violence we saw at the Dyke March, the Christian Rights group that attempted to hold a homophobic rally up Church St., Chick-fil-A, and now Meghan Murphy's transphobic talk at Palmerston Library," says the event description.

"Let's all show the Toronto Public Library that this conversation is far from over."

by Tanya Mok via blogTO
Posted by Arun Augustin at 10:36 AM