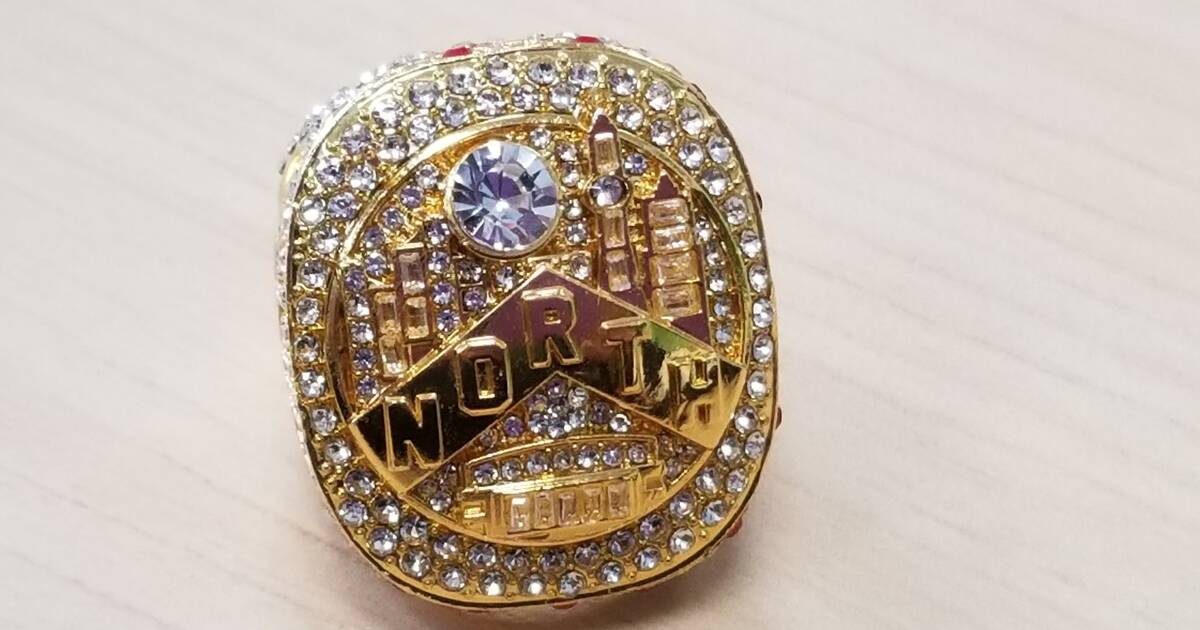 You'd think the replica NBA championship rings that were handed out to everyone at Scotiabank Arena the night of the Raptors' home opener would hold way too much sentimental value for anyone to let go of, but you'd be wrong.

The rings, which are a fake version of the ones given to the Raptors containing more than 640 diamonds and 16 rubies each, were initially selling on Real Sports for a whole $20 for anyone who couldn't make it to the game.

But to no one's surprise, they sold out almost immediately.

At the #Raptors #WeTheNorth game tonight. Got my replica championship ring. Much better quality than I expected. It's made of some metal, and fairly heavy. #NBATipOff pic.twitter.com/iHKfoQY7rV

Raptors fans who were lucky enough to witness the first game of the season and get their hands on one of the in-demand rings saw this as a business opportunity.

A simple search on Kijiji or eBay reveals that fans are in fact selling the rings, which they received for free, for hundreds of dollars.

I am so jealous of people going to the Raptors game tonight--free shirt and an INCREDIBLE replica championship ring?!? 😭 Someone sell me their replica ring! #Raptors #RTZ #WeTheNorth pic.twitter.com/F9qixfU0DJ

And while some are selling for a more reasonable $100, the priciest offer on Kijiji is currently a whopping $650.

Some of the sellers are even acknowledging how steep prices are, but they're saying it's worth it to "own a piece of history."

While the real rings are valued at about $10,000, the $20 replicas seem to be worth way more than their dollar value in the hearts of devoted Raptors fans.

by Mira Miller via blogTO
Posted by Arun Augustin at 11:11 AM