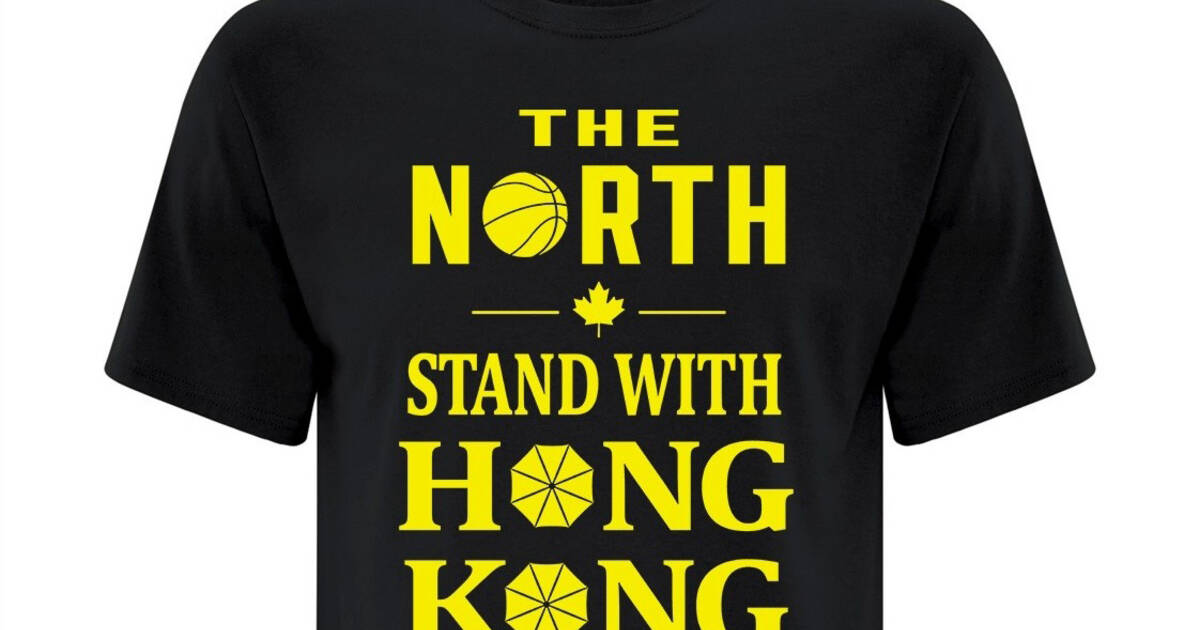 The saga of Hong Kong vs. China vs. the NBA continues in Toronto next week with the distribution of more than 7,000 fan-made "The North Stand with Hong Kong" t-shirts on opening night of the Toronto Raptors 2019-2020 season.

A group of local basketball fans who support Hong Kong's pro-democracy movement raised more than $32,000 to produce and give away enough t-shirts to cover roughly a third of the Scotiabank Arena's audience.

The Raptors have not officially endorsed this giveaway, nor is the team involved in the political movement — but a strong faction of Raptors Nation is ready to make a statement.

"As you may know by now, China is trying to censor the entire NBA because Houston Rockets' General Manager Daryl Morey tweeted a 'Fight for Freedom, Stand with Hong Kong' photo to support Hong Kong," reads a GoFundMe page in support of the t-shirt project.

"For those who didn’t follow what is going on, you might ask 'why?' It all started with a proposed amendment on an extradition law that would jeopardise the autonomy of Hong Kong and Hongkongers don't like it."

Indeed, tensions have been flaring between China and the special administrative region of Hong Kong in recent months, spawning increasingly huge and sometimes violent political protests, as well as prompting the Chinese government to censor all news about the situation.

"Canada is actually another battleground to fight against China," reads the GoFundMe campaign, which was created by the organizer of Toronto's HongKongers Action Group, Mimi Lee.

"We may have a new government by the time this NBA match happens. Showing the Canadian government how much we stand with Hong Kong will definitely set a tone on the China policy for the new administration."

Lee and her co-organizers exceeded their funding goal within just five days of launching the campaign and have temporarily stopped accepting donations.

It is not clear how the t-shirts will be distributed, but the group is currently seeking volunteers for the evening of October 22.

by Lauren O'Neil via blogTO
Posted by Arun Augustin at 1:46 PM