Toronto's most spectacular sunset of the year happens this weekend 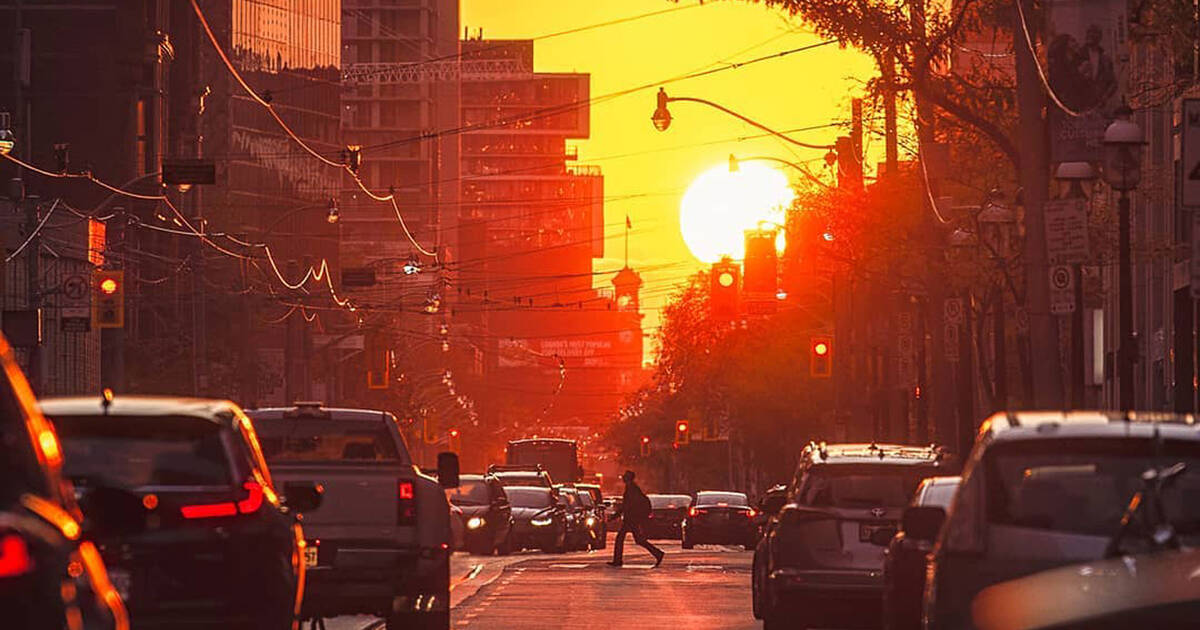 Prepare for the most dazzlingly beautiful sunset this weekend.

Purportedly set to hit the city this weekend is Torontohenge: a rare phenomenon which happens when the sun's position in the sky lines up perfectly with the city's east-to-west grid.

Torontohenge sunsets happens a couple times a year: the first of 2019 took place on February 15.

This weekend's sunset will be positioned perfectly in the centre of Toronto's linear landscape.

Sunset-chasers will be treated to some beautiful Toronto corridors bathed in golden light, making for what's sure to be some unreal captures.

It's a little early, but the sun will probably reach full alignment around October 26, meaning people have already been able to catch some incredible shots on Toronto's streets.

by Tanya Mok via blogTO
Posted by Arun Augustin at 11:34 AM