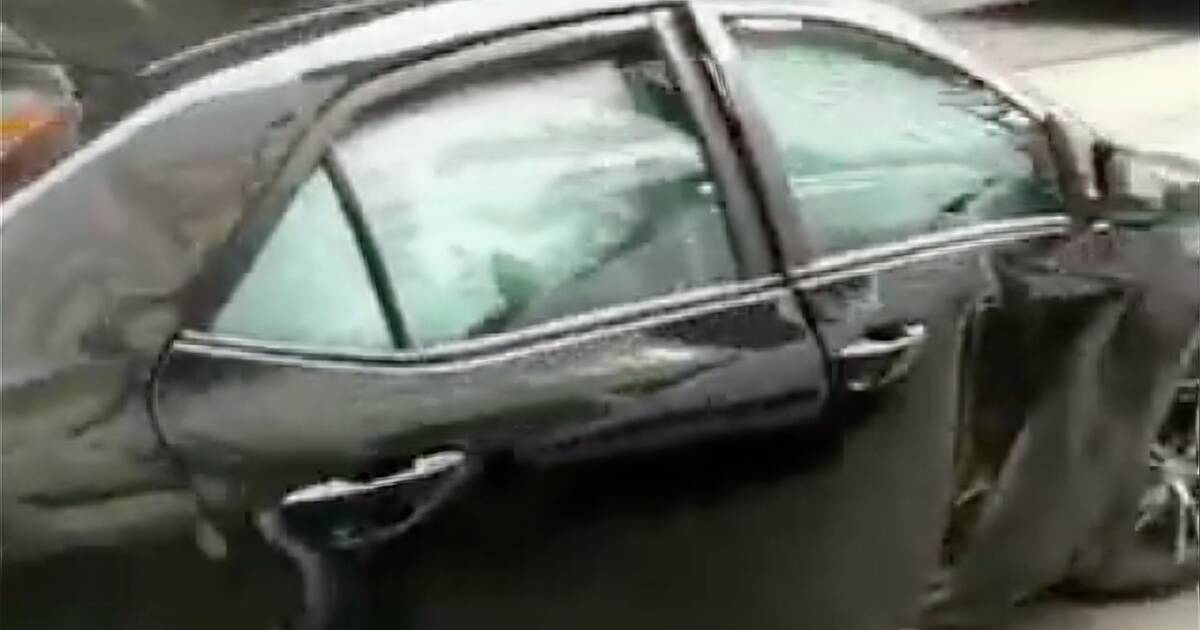 Vehicles and streetcars are known to have some trouble sharing the road in Toronto, and drivers have long been criticized for failing to follow the rules.

Whether it be driving past stopped streetcars while passengers are exiting or cars stopping right in a streetcar stop, the issues aren't new.

But one video shared on Twitter shows just how bad things can get when a streetcar and a vehicle collide (literally).

Guess this Claffy driver was too busy texting to notice the Barrier and Sign attempting to stop him from the designated StreetCar lane...
Stupid Driver Delays. Smfh@TTCnotices #TTC #Toronto #StClair #rushhour pic.twitter.com/PAsKbK2TPH

The video posted online shows a black car driving directly into the side of the streetcar.

The Twitter user who shared the video said the driver "was too busy texting to notice the barrier and sign attempting to stop him from the designated streetcar lane."

Though we don't know for sure if the driver was actually texting when the collision occurred, it sure looks like a case of distracted driving.

The accident, which took place on St. Clair Ave. during rush hour on October 22, banged the car up pretty good.

And of course, it also led to a streetcar delay during an already chaotic rush hour in Toronto.

So let that be a lesson and don't forget to pay attention out there, Toronto!

by Mira Miller via blogTO
Posted by Arun Augustin at 2:49 PM