When will Toronto gets its first snowfall of the season? 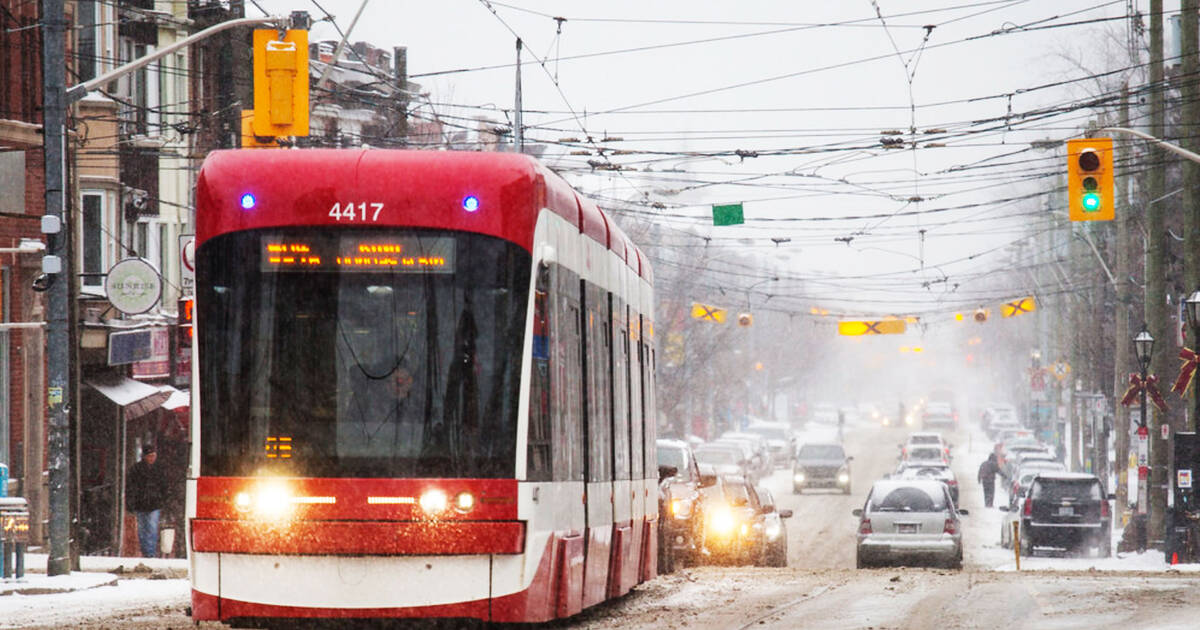 Toronto is officially two weeks into autumn, meaning after Thanksgiving Monday comes the most dreaded season of the year: winter.

Aside from the occasional dips, the city's temps have generally stayed above 10 C, and we're still waiting for the leaves to finally turn colour. So, the question is: when exactly the city will experience its first snowfall?

The first arrival of winter flurries is never a surefire thing. What we do know is that this year's winter is expected to be brutally cold — so cold that it's been dubbed the 'Polar Coaster Winter' by ye olde Farmer's Almanac.

That means more snow than normal in the eastern half of the country, especially in January, when we're expected to see "copious snow, rain, sleet, and ice." Great.

Historically, November has been the most common month for first snowfalls in the GTA, with only a few exceptions over the last 30 years.

But let's not forget: last year's first sighting came on October 18, coating some parts of the city with up to 5 cm of snow overnight.

According to the Weather Network, the sunny fall weather we've been having is expected to end this Thanksgiving long weekend.

In Toronto, we'll be getting a bit of that chillier weather starting this weekend thanks to the Colorado low happening down south, but will be staying mostly dry. Thankfully, we're not Winnipeg.

Winnipeg is getting hit by a massive blizzard right now #Winnipeg #WinnipegWeather pic.twitter.com/7vj8hoQDLX

After that, temperatures will trend toward sunny and mild, with some rain showers, for the rest of October.

November 5 to 11 could see a mix of rain and snow, before settling into cold snow showers starting November 18 and onwards.

Sad to hear but also unsurprising is the fact that, regardless of when sn0w arrives in Toronto, it'll be a while before it leaves.

Spring temps aren't expected to make an appearance until well into April, so brace yourselves for at least six frigid months.

by Tanya Mok via blogTO
Posted by Arun Augustin at 6:58 AM