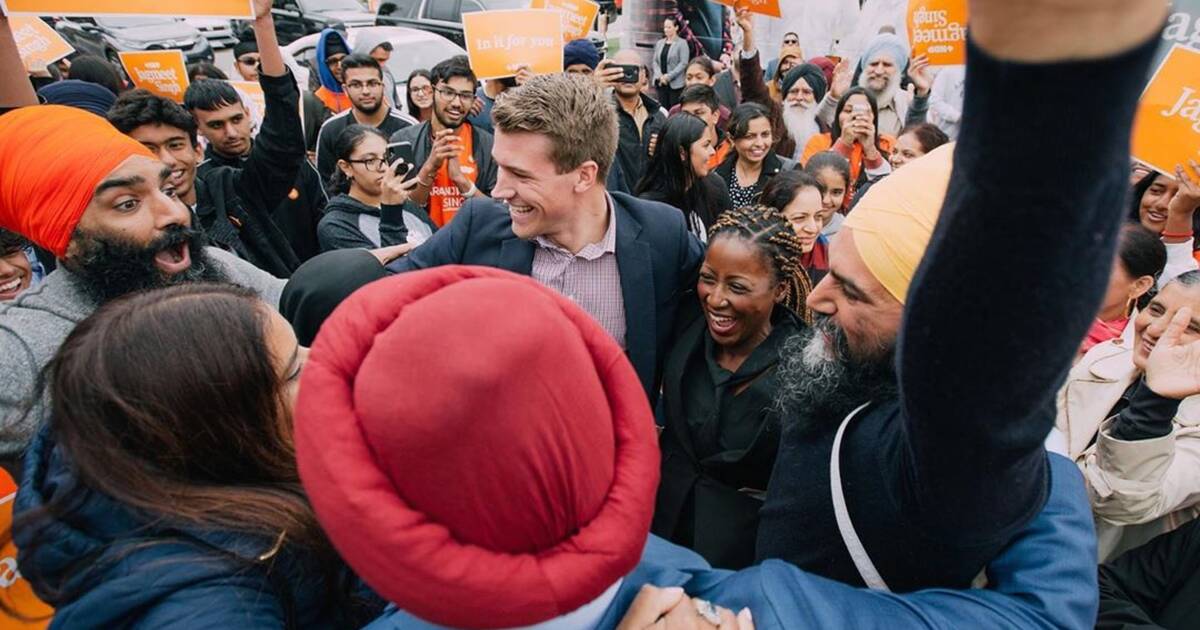 The NDP has some explaining to do after derogatory comments from a Brampton candidate surfaced online yesterday.

Jordan Boswell is the NDP candidate in Brampton Centre, and he apologized on Twitter yesterday for a comment he made at the expense of an Indigenous woman back in 2012.

About six years ago, Boswell tweeted a photo of a story on the cover of a newspaper about sex trafficking in a group home for teenage girls.

Along with the photo of the story, Boswell wrote "Geez they're really letting everyone into that business these days #gottagetmesomeofthat #shejustmissedbeingpretty."

"I deeply regret the hurtful and wrong comment I made on social media. I understand this type of language is offensive and harmful. I apologize unequivocally," Boswell wrote on Twitter last night.

Many Canadians are absolutely outraged by the comment, and they're saying his short, three-sentence apology is far from enough.

Bridget Perrier is a human trafficking survivor, mother, and social worker who is advocating for more help to keep children away from human traffickers. Jordan Boswell should be ashamed of himself, so should the NDP.https://t.co/si9KZCoqxf

Many are pointing out that the apology doesn't include details about what Boswell has done or is doing to change, educate himself and hold himself accountable.

This is about a third of a good apology. Where’s the rest? What work are you actively engaging in now to continue educating yourself and to make reparations for the harm you did in the past?

And others are saying no apology could make up for the deeply offensive statement.

Unfortunately no apology will make it right. All you can do now is simmer in regret for the next decade. Sorry dude, should have thought twice

Many are simply calling for his resignation, saying these views have no place in politics.

Not good enough. I vote @NDP and you should resign from campaign. Comments are made based on values and opinions. Yours have no place in government.

NDP leader Jagmeet Singh and Boswell are set to campaign together in Brampton today. Singh has yet to make a comment about the scandal, but some are saying he must apologize or even turf Boswell entirely.

His misogynistic comments are repugnant. Does Singh truly stand up for women or are those just #NiceWords?#elxn43#cdnpoli

The federal election is less than a week away, and already a fairly large number of candidates have been pushed to resign after getting caught up in controversy.

As of now, Boswell has not announced any plans to resign.

by Mira Miller via blogTO
Posted by Arun Augustin at 9:31 AM