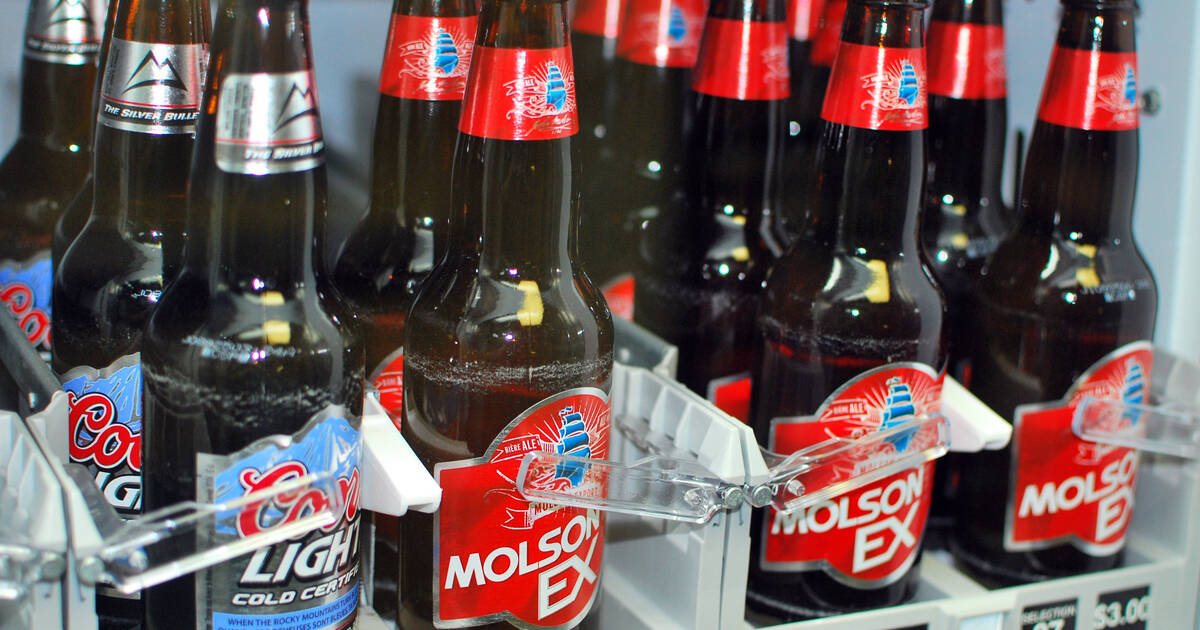 It's been exactly one year since weed was legalized for recreational use in Canada, and roughly 12 hours since edible cannabis products got the green light as well.

With new regulations finally in place for the production and sale of marijuana edibles, extracts and topicals, manufacturers can move forward with getting their products to market (after giving the requisite 60 days notice to Health Canada, that is).

Should all go well for licensed producers, their stuff will be hitting the shelves in mid-December of this year — and Molson Coors seems confident that things will go well for their own pot production brand.

The multinational brewing juggernaut intends to deliver on its promise to launch one of Canada's first drinkable cannabis beverages by the end of 2019 through Truss.

Truss CEO Brett Vye confirmed to the Canadian Press today that Molson and HEXO have successfully developed six different weed drinks since that time, all of which are slated to launch this December.

Vye would not provide much detail on its other five brands ahead of the official launches, but said that its offerings will cater to "all the drinking occasions."

He would not confirm whether that would include a beer-like product, but said the company believes there is an opportunity for it.

"When we launch and go out to market, that will be our true market research," he said. "That's where we'll truly understand the interactions with consumers and whether or not, for example, beer, is a relevant format for this category."

At least one of the drinks will be infused with CBD, which has grown wildly popular on the wellness market due to its purported therapeutic benefits and lack of intoxicant properties.

Called "Flow Glow," the CBD drink will come in the form of flavoured spring water, produced in partnership with the fancy Canadian water brand Flow.

Several other new beverage brands from Molson will contain active THC, meaning that people who drink them will get high.

Whatever the drinks end up looking like, Vye says that these five non-CBD brands will cater to "all the drinking occasions," and that Truss is aiming to launch them in December, along with Flow Glow.

"We've been at this for quite a while now," he said, "and we feel very confident and very excited about the THC products we will be launching."

by Lauren O'Neil via blogTO
Posted by Arun Augustin at 9:31 AM