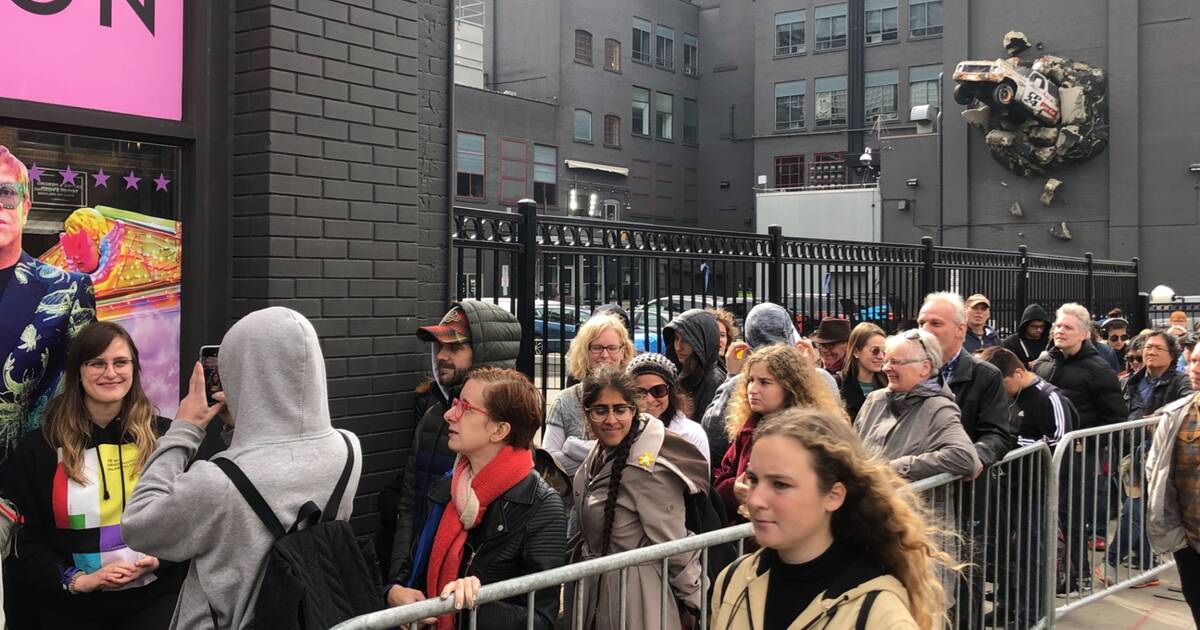 Fans of music legend Elton John got quite the pleasant surprise today when he showed up in a vehicle and waved at those waiting in line for his pop-up shop.

The shop, which opened today, is located at 277 Queen St. West — the same space that housed the Ed Sheeran pop-up over the summer.

Hoards of fans are currently lined up outside the shop, which opened in celebration of his three-year-long final world tour as well as the release of his official autobiography, Me.

The first 100 fans in line for the pop-up's opening each received a free copy of the autobiography, the first 20 of which were signed copies, so it's no wonder so many were willing to brave the chilly fall weather to wait in line.

Already a queue in Toronto for the #EltonFarewellTour pop up-store! 🇨🇦🍁 FREE copies of the #EltonJohnBook for the first 100 fans through the doors - the first 20 are also signed!

Back in September, the artist played two sold-out shows in Toronto and StubHub named them the best-selling fall concerts in Toronto.

And if the crowds are anything like the ones at his previous concerts or the pop-up shop, get ready to shove, Toronto.

by Mira Miller via blogTO
Posted by Arun Augustin at 11:54 AM