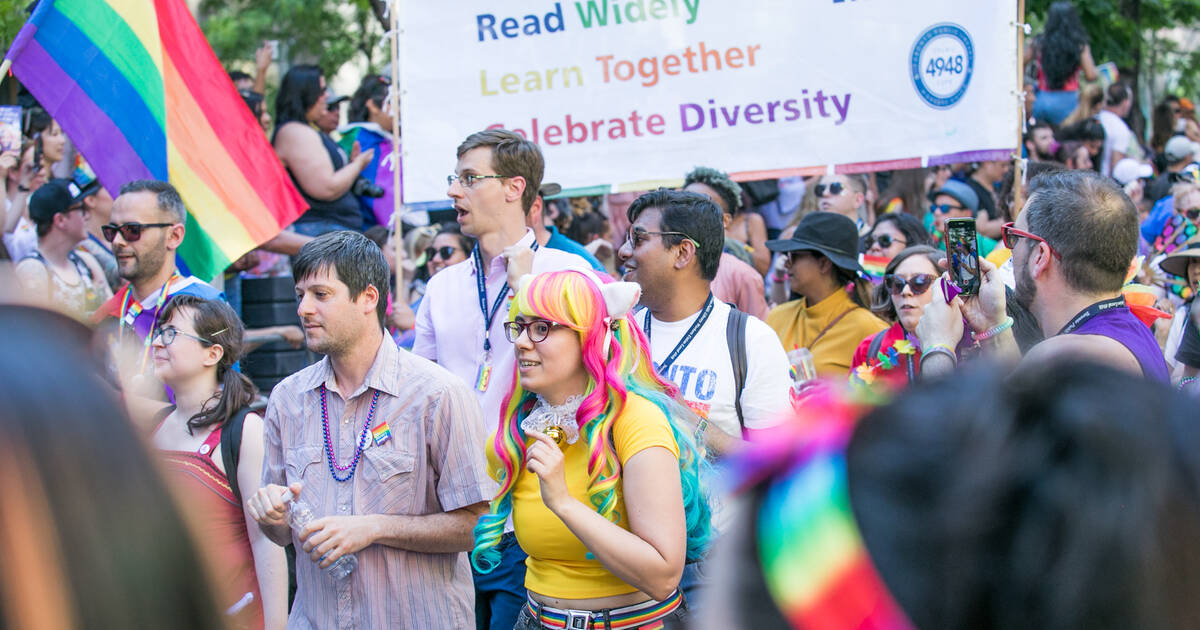 Amid the censure and controversy surrounding the Toronto Public Library's decision to host an event featuring anti-trans Feminist Current journalist Meghan Murphy, Pride Toronto has issued a formal statement to say it will reconsider its relationship with the library should Murphy's talk be allowed to take place.

"It was our belief that the TPL was committed to creating library spaces that are inclusive, safe and welcoming. The recent decision to allow the event with Meghan Murphy is a betrayal to our LGBT2sQ+ communities," the open letter reads.

City Librarian Vickery Bowles says this rental of the library's space is in compliance with library policies.

But, according to some, Murphy's talk on gender identity — scheduled to take place at the Palmerston branch on Oct. 29 — would violate the policy against letting out the space for "a purpose that is likely to promote, or would have the effect of promoting discrimination, contempt or hatred for any group or person."

Pride Toronto board of directors member Christin Scarlett Milloy took it one step further by adding on her personal twitter that the TPL will be banned from all future Pride events should the event go forward.

If the @torontolibrary chooses to go forward with providing public space and resources to a group that believes legal protections for transgender people should be up for public debate, they will certainly find themselves banned from participation in all @PrideToronto events.

Nearly 6,000 members of the Toronto area literary community have signed a petition, launched on October 15, calling for the TPL to cancel the event.

I am a transwoman. I believe in freedom of speech. But the current firestorm over the TPL allowing Meghan Murphy, is missing one important mark. No empathetic transwoman wants to suppress womens advancement. But Murphy couches her language in the subtle vagaries of denial.

Social media has been up in arms about the issue, with some residents calling the event an endorsement of hate speech, and others saying that banning Murphy is censorship and that the library is obligated to provide access to citizens equitably — regardless of their beliefs — as a publicly-funded body.

Mayor John Tory and the Toronto Comic Arts Festival are among those who have asked the library to reconsider its decision to continue hosting the event.

by Becky Robertson via blogTO
Posted by Arun Augustin at 11:10 AM