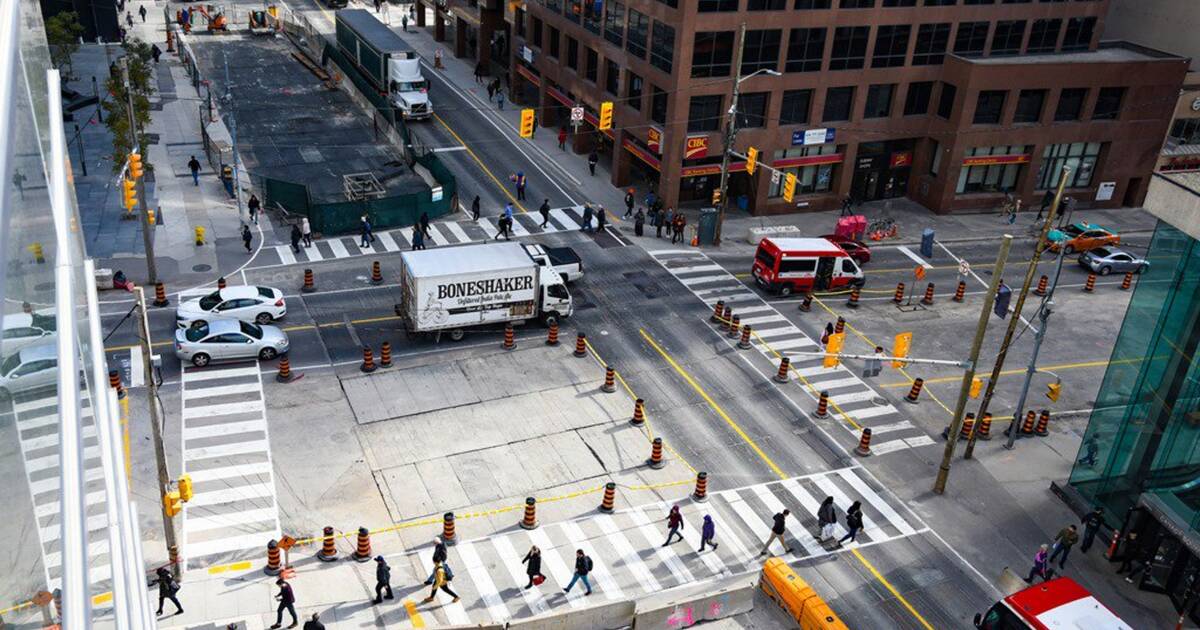 The intersection at Yonge and Eglinton has been an absolute nightmare for pretty much anyone trying to navigate the construction for quite some time now, but it looks like the area is finally making some progress.

After years of misplaced and temporary crosswalks in an (at times failed) attempt to allow pedestrians to cross safely, all crosswalks are now open and in their original position.

#ICYMI all of the pedestrian crosswalks are now open at Yonge and Eglinton! pic.twitter.com/tQdfwCp5QK

The Crosstown LRT, which will consist of 25 stops stretching across 19 kilometres of Eglinton Avenue, has been wreaking havoc at Yonge and Eglinton for a while.

About a month ago, city councillor Mike Colle called for a halt in construction after a 54-year-old woman named Evangeline Lauroza died from being hit by a cement truck at Yonge St. and Erskine Ave., north of Eglinton Ave.

And back in January, a 40-year-old male pedestrian was killed by a dump truck driver while crossing Lawrence Ave. West, at the Allen Rd. exit, and both deaths pushed city officials to call for a Construction Traffic Safety Strategy for the Yonge-Eglinton Area.

Thankfully, the reopening of the crosswalks means pedestrians will be safer and more protected from construction and everyday vehicles.

The entirety of the construction isn't set to finish up until September of 2021, but Toronto residents are saying it's about time the crosswalks are reopened.

Some are saying they've been waiting years for this to happen.

It was a long haul. Glad order has been restored

And others simply can't believe the time has finally come.

And though the work is far from finished, the reopening of the crosswalks will hopefully prevent any further accidents in the construction-plagued area.

by Mira Miller via blogTO
Posted by Arun Augustin at 9:59 AM