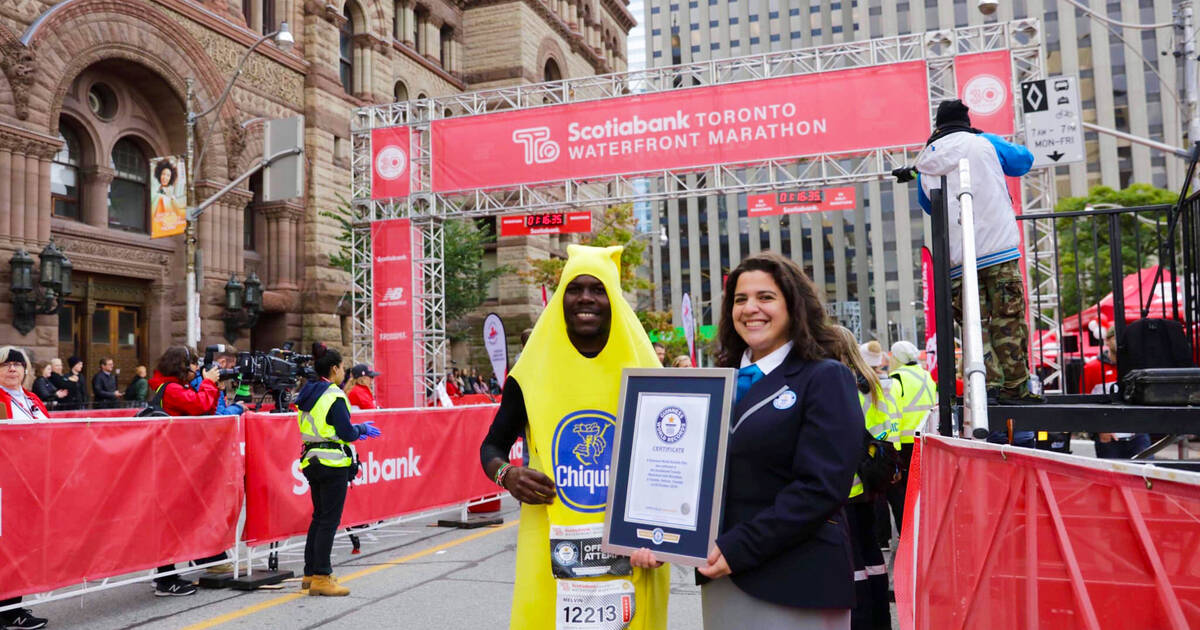 After a rigorous workout — like, say, yesterday's Scotiabank Toronto Waterfront Marathon — it is imperative to replenish your body's nutrients and electrolytes with something nourishing and restorative, like bananas, which have been proven to be at least as effective as sports drinks.

It is unclear whether this information had anything to do with one athlete's decision to don a banana suit for the 21-km run, which he finished in an impressive 1:15:35.

A guy in a banana suit hanging with the elites in the Toronto marathon 35 minutes into the race. pic.twitter.com/y5ZvcPOXqV

Canadian Running Magazine identified the man as American Melvin Nyairo, though Torontonians may now know him best as Banana Man.

He allegedly kept up with elite runners who were looking to qualify for the Olympics.

And they called him "Banana Man" https://t.co/BbmO1xunbk

Apparently, running marathons dressed as food is somewhat of a thing — a St. Catharines resident ran a half-marathon in a grape suit in 2017, breaking the already-existing Guinness World Record for "fastest half marathon dressed as a fruit."

Is that a Nike speedster enhanced performance banana suit? Is that legal???

Nyairo's stunt earned him the U.S. unofficial world record for the title yesterday. He thanked his friends and family, as well as his sponsor, Chiquita bananas, in a Facebook post.

by Becky Robertson via blogTO
Posted by Arun Augustin at 8:59 AM