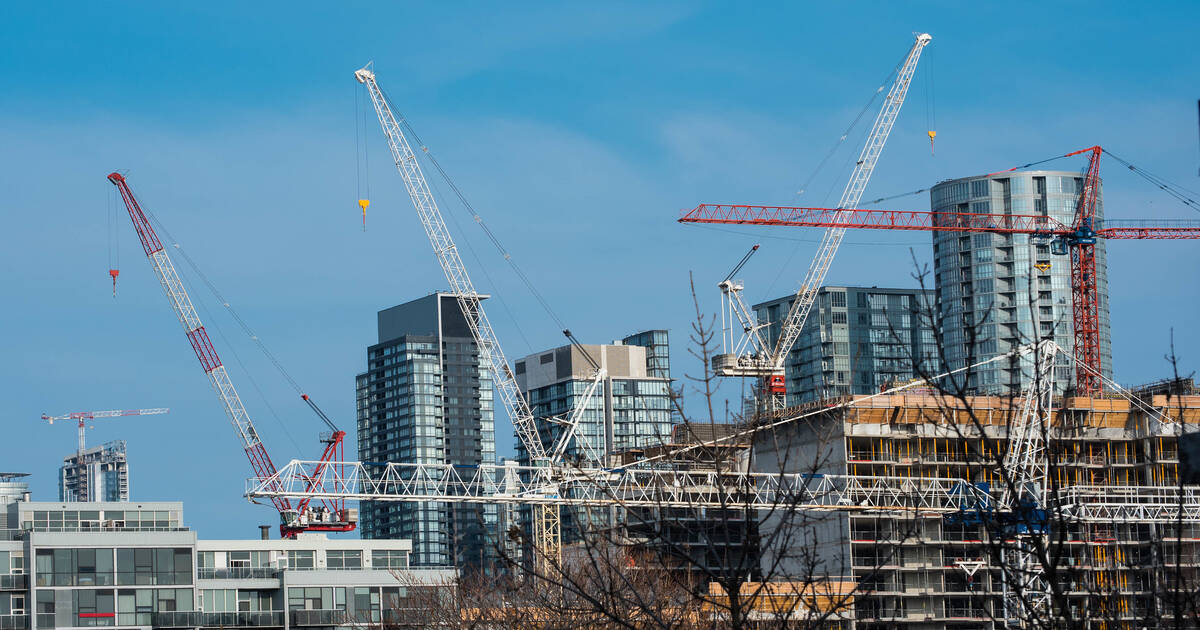 If you're going to get charged with breaking and entering and mischief, you may as well try to make it as dramatic as possible.

At least, that's what one Toronto man seems to have thought last night when he scaled a crane atop a 58-storey building with the hope of base jumping off of it.

Look up. Waaaaay up. A 30 y/o man broke into this construction site at Yonge/Yorkville Av & climbed up 58 storeys to crane on roof planning to jump off with parachute. Fire crews got him to come down. The thrill seeker didn’t get to jump but did get charged with B&E/mischief pic.twitter.com/l4wpy8MFvb

The 30-year-old chose a mid-construction condo building at Yonge Street and Yorkville Avenue for his feat, breaking into the site with a parachute in-tow. The incident caused road closures in the area, but the man was thankfully arrested by police before he could harm himself or others.

Police confirm that a suspect had broken into the building and climbed onto the crane at the top of the building. Suspect had a parachute with him, is now under arrest #Toronto https://t.co/HEHDod5Lw9

Seeing as this isn't the first time that a random civilian has managed to find their way to the top of a crane in the city, some residents are wondering what kind of security measures are in place for construction sites.

There are sections of the Occupational Health and Safety Act that apply specifically to protecting those on public property such as sidewalks and roads around a construction site.

But these rules "are not intended to prevent the public from trespassing on private property where no expressed or implied invitation to access the property has been provided," a Ministry of Labour representative told CondoBusiness after last year's incident.

Wondering if the arrested man is familiar with Darwin’s Theory of Natural Selection🤔 Hopefully, he smartens up.

The City also has bylaws that necessitate "protective fencing to restrict access" and "deter entry by unauthorized persons." Sites must also be closed and locked when a building site is unattended.

But in general, these instances are treated as a police matter, like any break-and-enter situation.

Maybe the adventure seeker sought to make a statement about how many condos are going up in Toronto right now, or the way construction companies conduct their work in the city. Or maybe pre-Federal Election Day nerves just got the best of him.

by Becky Robertson via blogTO
Posted by Arun Augustin at 8:04 AM