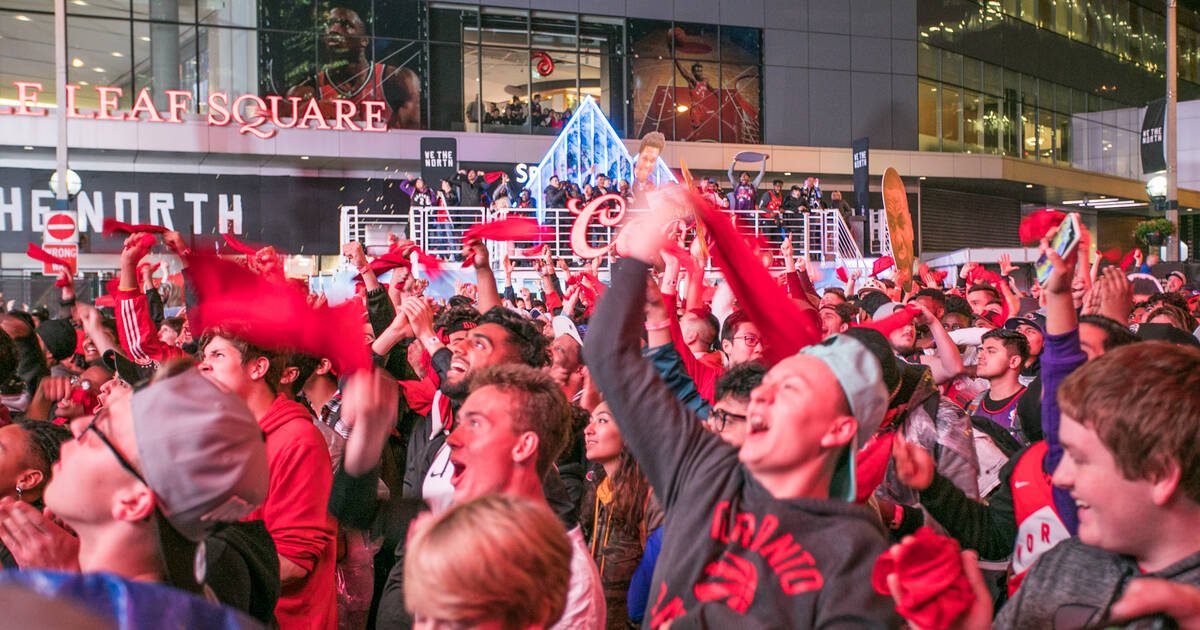 The NBA season begins tomorrow for the Raptors, and Toronto is going all out to make sure the celebration is one to remember.

Mayor John Tory will officially unveil the Raptors Way signs as a part of the pre-game celebration.

But that's not all.

Word has it that in addition to the Raptors themselves, everyone inside Scotiabank Arena will also be receiving a championship ring, though they'll be replicas of the real thing.

But for those without tickets to the home opener, Maple Leaf Square is the place to be.

Before the game begins at 8 p.m., the square will be filled with pre-game programming including giveaways, partner activations, a live DJ and special guests.

Fans in the Square will also have the chance to win prizes, including tickets to the game at Scotiabank Arena.

The 2019 Nuit Blanche Raptors TwoFive installation will also be on site during the tailgate party.

And once the game begins, fans outside the arena will get to watch the big game on an equally big screen.

Be sure to get to Maple Leafs Square early, as crowds are likely to be massive for the Raptors' big night.

by Mira Miller via blogTO
Posted by Arun Augustin at 8:09 AM