10 free things to do in Toronto this December 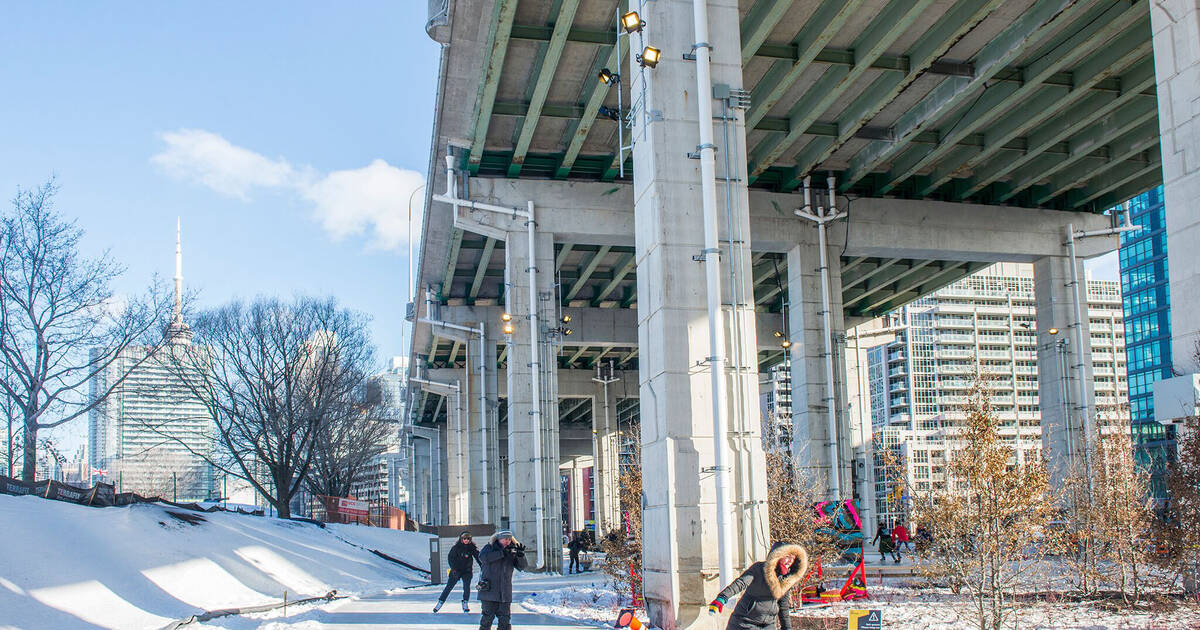 Free things to do in Toronto for December 2019 give you the chance to enjoy the holidays without breaking the bank as Holiday Fair in the Square Returns and lots of Christmas films are screening. The Bentway's skating trail is opening and there's a winter solstice parade.

Tunnel of Glam (December 1 - January 6 @ Yonge + St. Clair)
Take a tour through this walkthrough that's completely covered in over 14 million reversible sequins so you can touch that glamour.
Cineplex Community Day (December 7 @ Multiple Venues)
Christmas movies lovers can get their fill for free at this nation-wide free movie day with Elf, Gremlins, The Polar Express and more screening.
Holiday Fair in the Square (December 7-23 @ Nathan Phillips Square)
Almost a month of holiday fun is taking over Nathan Phillips square with skating, music, rides, performances and a big winter market place.
Festival of Cool (December 10-15 @ Harbourfront Centre)
Winter doesn't have to be a drag and this festival looks to showcase the best of Arctic and northern culture with music, film, art and talks.
Hot Docs for the Holidays (December 14-21 @ Hot Docs Ted Rogers Cinema)
A big lineup of Christmas movies is screening for free or with a donation of a non-perishable food item during this annual holiday film series.
DJ Skate Nights (December 14 - February 15 @ Harbourfront Centre)
Things are getting hot in the cold with a season of skating parties set to the tune of local DJs bringing the beats to this waterfront rink.
Bentway Skate Trail Opening (December 20 @ The Bentway)
The public space under the Gardiner is once again transforming into a winter wonderland with a figure-8 skating trail open for the holiday season.
Winter Solstice Parade (December 21 @ Kensington Market)
The darkness of winter gets a light as this annual winter solstice celebration includes a parade, fire show, performances, music and more.
Maple Leaf Gardens Community Skate (December 26 @ Mattamy Athletic Centre)
Strap on your skates and hit the ice during this big community skate inside the historic Maple Leaf Gardens where everyone is welcome.
New Year’s Eve at Nathan Phillips Square (December 31 @ Nathan Phillips Square)
The countdown is on at the city's biggest New Year's Eve with a night of live performances, skating and fireworks.

by Lisa Power via blogTO
Posted by Arun Augustin at 11:35 AM