Ontario man busted with 50 kilos of cocaine at Canada-U.S. border 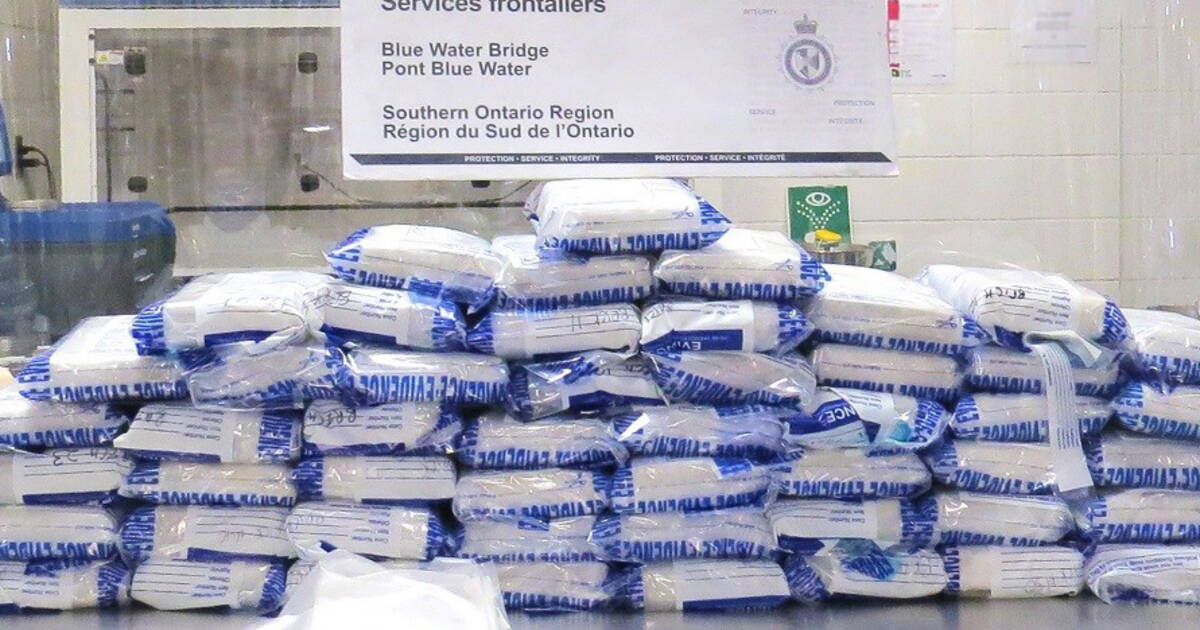 A Toronto-area man has been arrested and charged with multiple felony offences after driving into Canada with a gargantuan 50 kilograms of coke in tow.

Canada Border Services Agency (CBSA) officials say that a man from Markham, Ontario was stopped on November 18 after crossing from the U.S. into Canada using Sarnia's Blue Water Bridge.

The man was alone and driving a tractor trailer when he was referred for a secondary inspection.

While investigating the trailer's cargo, officers noticed "an inconsistency in the weight of some of the boxes contained in the shipment."

Further examination turned up 50 bricks of what police believed to be cocaine. CBSA officers seized 50 kilograms of blow in total — or 50,000 grams — which would carry a street value of at least $4 million.

Guo Bing Zhao, 52, was taken into custody immediately and has a bail hearing scheduled for December 12.

He is charged with the importation of a controlled substance and possession for the purpose of trafficking, both contrary to the Criminal Code of Canada's Controlled Drugs and Substances Act.

Both charges carry with them maximum terms of life in prison.