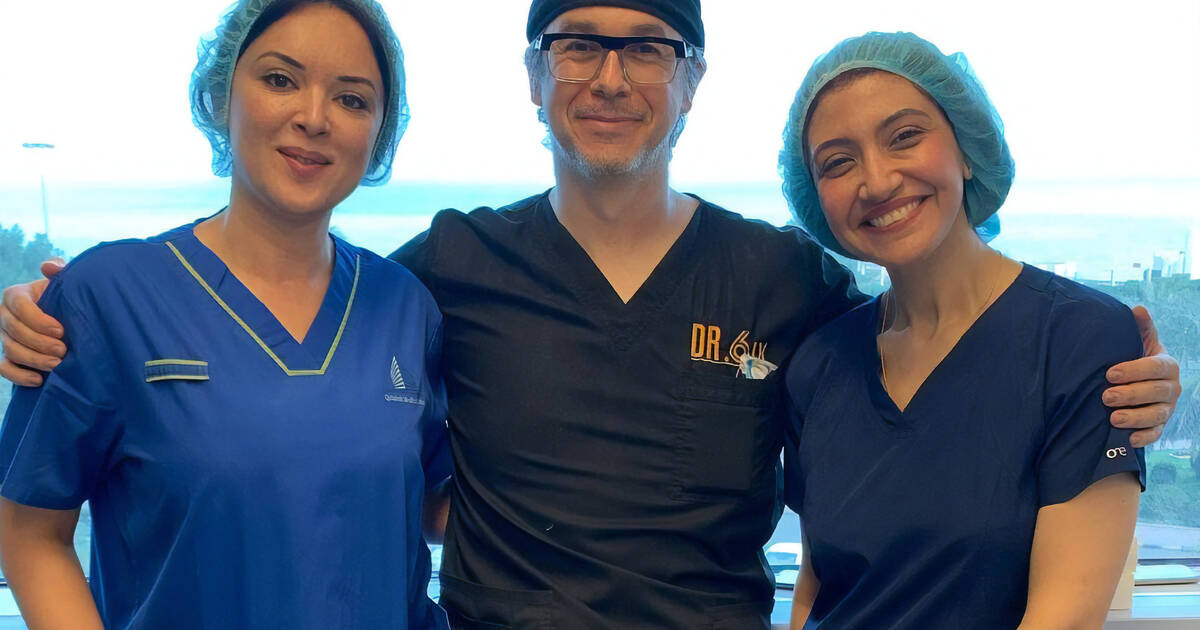 A Toronto plastic surgeon who is known for branding himself as "Dr. 6ix" is being sued for some rather cringeworthy unprofessional behaviour.

Dr. Martin Jugenburg, the man behind the popular Instagram account @realdr6ix, is the defendant in a class-action lawsuit a number of past patients launched yesterday.

The plaintiffs allege Jugenburg — who performs cosmetic surgery primarily in Toronto and Kuwait — filmed and photographed them without their knowledge, and publicized the photos and clips of them online, also without consent.

Can anyone say class action lawsuit?! This creep (and clearly an egomaniac by referring to himself as Dr.6ix) should lose his licence and be shut down as well.

The pictures and videos were allegedly taken unbeknownst to patients while they were nude or semi-nude during confidential consultations, as well as during the actual procedures themselves.

The content was then said to be disseminated on the surgeon's various social media channels, including Instagram and Snapchat, where he regularly posts such content (one would realistically assume with the consent of the patients involved).

A CBC investigation last year discovered that security cameras were a fixture of private examination rooms in Jugenburg's office at Toronto's Fairmont Royal York Hotel, and that they were not made known to patients.

He consequently faced a disciplinary hearing by the College of Physicians and Surgeons of Ontario — not his first — for professional misconduct over the summer.

The college imposed some mild restrictions on Jugenburg's practice in February 2019, with a hearing forthcoming in 2020.

Waddell Phillips lawyer @tinaq_yang : "The heart of the lawsuit is really to get damages for women who had their trust abused by Dr. Jugenburg and who suffered some pretty serious mental health effects as a result of realizing that they were filmed without their consent" https://t.co/kBoFjA7D4f

Many say that Jugenburg's social media posts, which include both before-and-after and mid-surgery photos and videos of procedures like the Brazilian butt lift that the doctor has become known for, are highly educational and helpful.

But, the captions that go along with his content — which sometimes state "posted with permission from our patient" and sometimes do not — have included admittedly kind of creepy use of words like "booty" and the peach, winking and heart eyes emojis, along with hashtags such as "#beautifulgirls" and "#butts."

Basically, between the posts and the cameras, not the most classy or tasteful conduct for an award-winning plastic surgeon who actually seems to be good at his job, regardless of how cool he's trying to be on the internet.

I still don’t understand why they need to record inside patients room. How is this practice even legal?

The class-action suit, led by two former patients and an all-woman legal team at three Toronto law firms, is alleging that Dr. 6ix breached privacy rights, confidence and trust, fiduciary duty and more, and is seeking tens of millions of dollars in damages.

Anyone who experienced Jugenburg's allegedly unethical practices between January 1, 2012 and February 28, 2019 can potentially participate in the lawsuit as a class member.

by Becky Robertson via blogTO
Posted by Arun Augustin at 12:35 PM