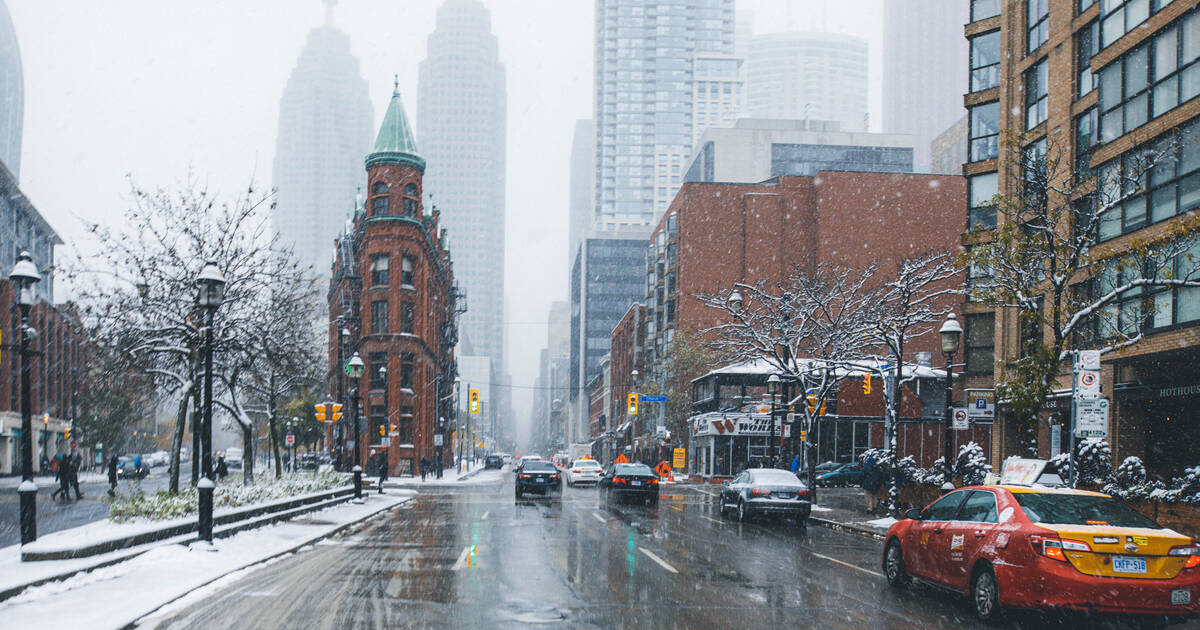 People with plans to travel anywhere in Southern Ontario this weekend, please be advised: It's going to suck.

Temperatures are dropping fast as we cap off the month of November, with a "feels like" temperature of -7 C forecast for Toronto on Saturday.

Its not the cold that has meteorologists concerned about the safety (and sanity) of drivers, however — it's the rain, snow and ice.

A Colorado low is moving into the region, bringing freezing rain, ice pellets and flurries to the GTA late Saturday night and into Sunday, according to the Weather Network.

Cloudy & chilly this morning, then some sun this afternoon; Cool & dry for Saturday; Freezing rain, ice pellets & snow for Sunday; 5-10 cm of snow & pellets for much of the GTA including Toronto but 10+ cm north & east of the city; Significant freezing rain for Hamilton & Niagara pic.twitter.com/y2qgzDAxem

"This will be a messy and high impact wintry system for much of southern and central Ontario, including across the Greater Toronto Area, where major impact on travel is expected," said Weather Network meteorologist Dr. Doug Gillham of the weekend ahead.

"For areas north and east of Toronto, most of the precipitation will fall as snow with as much as 10-15 cm possible by the time it tapers later on Sunday."

If you do have to travel, forecasters say you should do it early on Saturday, while conditions are still calm.

The storm is expected to hit just as December begins on Sunday, when snow will mix with ice pellets and freezing rain for your indoor binge-watching pleasure.

by Lauren O'Neil via blogTO
Posted by Arun Augustin at 10:40 AM