IKEA is serving up $1 breakfast across Canada for Black Friday 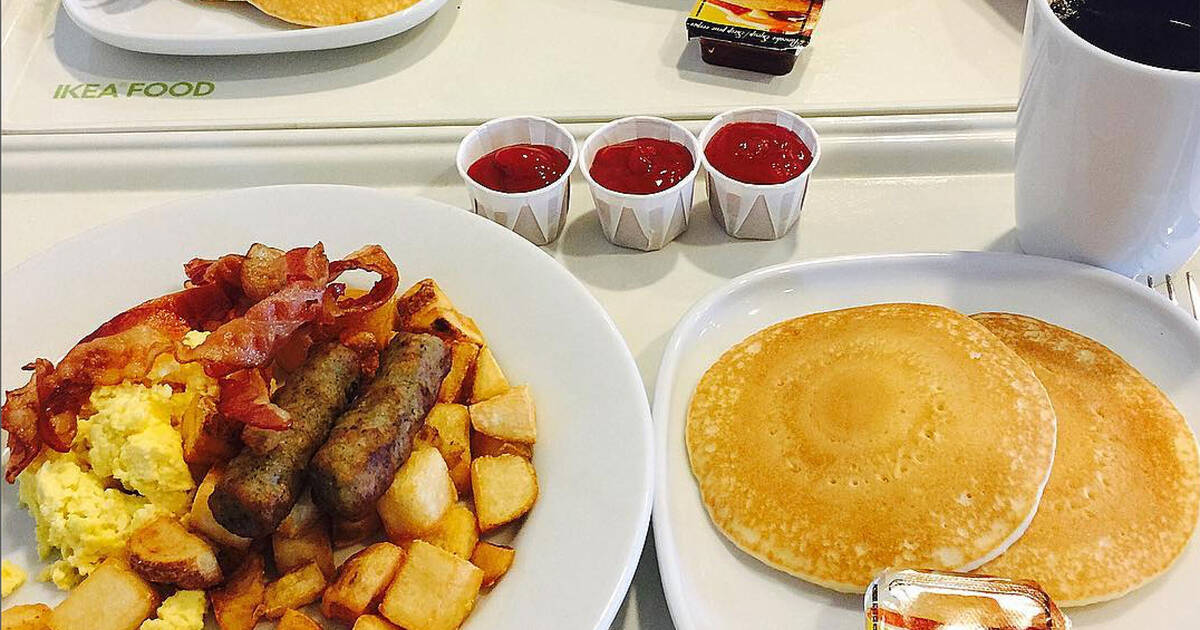 IKEA is stepping it up hardcore this Black Friday, and not just with the furniture deals.

Our favourite Swedish homeware store has announced that, in celebration of America's post-Thanksgiving commercial extravaganza, it's bringing back its famous $1 Breakfast—just for one day.

Starting at 8 a.m. on November 29, it'll cost just a Loonie for a plate of IKEA's Traditional Breakfast.

That's two sausages, a scoop of scrambled eggs, a piece of toast, home fries, and a pair of tomato slices, all for $1.

It wasn't that long ago when $1 Breakfast was a regular thing: IKEA locations around the city were serving it until late 2017, but with other additional eats like bacon, and at one point, a cinnamon bun, until the breakfast was mostly discontinued.

Good thing they're bringing it back, right in time for Black Friday: Lord knows we'll need the sustenance.

You can head to any of IKEA's GTA locations at Sheppard and Leslie, The Queensway, Vaughan, or Burlington this Friday for a plate.

by Tanya Mok via blogTO
Posted by Arun Augustin at 10:05 AM